Dear Andrew Coyne, not in my backyard 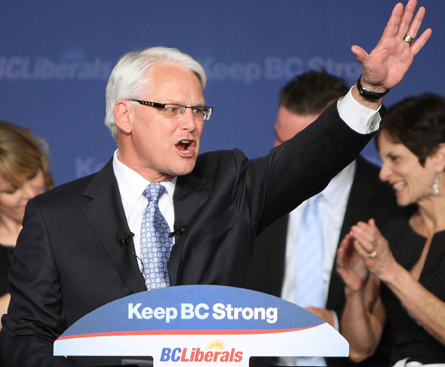 Thank you for your column urging British Columbians to “light a candle for electoral reformers everywhere” by voting for the Single Transferable Vote, better known as STV. It was a riveting read, though the fact that it took almost three pages of the magazine to explain the concept gives one pause, don’t you think? And, no, we don’t think it an intrusion that you “being from another province and all” would wish to offer us advice. We’re quite used to that.

In fact, ‘I’m from Central Canada and I’m here to help’ is a sentence we hear quite often. We tend to respond thusly: “La-la-la-la your lips are moving but I can’t hear you!”

Resent your exhortation? Not a bit. But ignore it, that’s a whole other matter.

And ignore it we did.

On Tuesday we re-elected the Gordon Campbell Liberals for a third term, with a pretty solid majority. It is widely being interpreted as a vote for stability in these troubled times, which may also be part of the reason why the STV system was soundly defeated in the accompanying referendum. It got about 39 per cent of the vote—not even close to what was needed.

Granted, the bar was set high. Implementing STV would have required getting 60 per cent of the vote in 51 of 85 provincial ridings. (Gosh, that’s almost as tough as trying to get a constitutional amendment through Parliament—and when there’s talk of that happening, we also tend to say: “La-la-la-la your lips are moving but I can’t hear you!”)

What is surprising is that support for the STV system has evaporated in the four years between provincial elections. (Yes, four years exactly. See, in B.C. we have fixed election dates, which is a baby step towards electoral reform.) In 2005, the STV came within a hair of passing, with 57.69 per cent of the vote—a result that had political scientists, policy wonks and fair-minded reformers such as you salivating with anticipation. So, what went wrong?

Well, a number of things, but mostly they boiled down to a combination of doubt and indifference. Among the reasons:

BIG RIDINGS. To make STV work you need big ridings, so people can vote their preferences in descending order to elect several MLAs. You would replace your X, as you know, with 1,2,3—kind of like that Feist song. But big ridings tend to isolate people from their elected representatives. As it stands, it’s much easier to buttonhole your MLA than your MP. Even if they do ignore you.

FRINGE CANDIDATES. Say you do have an issue to discuss, which of the MLAs in your giant new riding do you raise it with? Do you speak with the member representing the party with the most seats in the legislature, or the member more aligned with your interests? Say the government wants to build a highway through your backyard. Do you raise the issue with the Liberal, or with the newly elected member of the Sex Party, because, well, a highway is clearly going to disrupt one’s bedroom activities? Yes, the Sex Party. Or the Marijuana Party. And all those other nutters that B.C. grows, and which would stand a much better chance of being elected under STV.

THE NDP. Both the Liberals and the New Democrats professed to stay neutral during the STV campaign, but some parties were more neutral than others. The NDP had much to lose under STV because a significant share of votes would likely flee to the Greens—the party that everyone in this greenish province professes to love but never gets around to electing. The NDP dispatched a hit squad of non-elected surrogates to campaign against STV. In fact, they ran a better anti-STV campaign than they did a pro-NDP campaign.

MINORITY GOVERNMENTS. Yes, you argue rather well that B.C. wouldn’t be saddled with minority governments because they would, in fact, be more representative of the true majority. Very inspiring, but would it accomplish anything? When you have a cabinet consisting of lions and lambs, expect a lot of mutton on the menu. Besides, people look to the chronic minorities in Ottawa these days and they are sore afraid.

TOO COMPLICATED. Creating a citizen’s assembly of 160 random British Columbians to consider electoral reform was a wonderful notion. Democracy at its purest. Trouble is, they couldn’t issue a ringing endorsement of the status quo; that would have been lame. So they created STV with the help of political scientists who knew that, at the very least, they could wring an academic paper out of the exercise. Trouble is, for the average voter—”La-la-la-la”—was just too wonky.

FAIRNESS. The real impetus for STV was a couple of very strange elections: In 1996, Glen Clark won more seats than Gordon Campbell with fewer votes. Then, in the subsequent election, the NDP was relegated to a rump of two although Campbell’s Liberals won barely half of the popular vote. People were offended by both those results. But memories are short, and the 2005 and now 2009 votes have both delivered strong—if monochromatic—oppositions.

SLOTH. Non-voters are now the majority. Some 48 per cent of those eligible showed up at polling stations—down from an also uninspiring 58 per cent in 2005. If they’re too lazy to mark an X, what is the hope they’ll wrap their heads around STV?

Clearly, as you say, Andrew, “politics is broken in Canada.” But is it electoral reform that’s needed, or elector reform? British Columbians are as NIMBY as everyone else in this country. We’re all for change—just not in our backyard.

Your friend,
The B.C. Non-voter.