The wife of North Korean dictator Kim Jong-un may have given birth, at least according to widespread speculation after Ri Sol-ju’s apparent baby bump — spotted earlier in December — seems to have disappeared when she made a public appearance during a new year’s celebration.

In a video released by North Korean State television on Dec. 17, Kim Jong-un’s wife Ri Sol-ju appeared during a ceremony to honour the first anniversary of Kim Jong-il’s death. She wore a billowing black traditional Korean dress, which appeared to conceal a pregnancy. 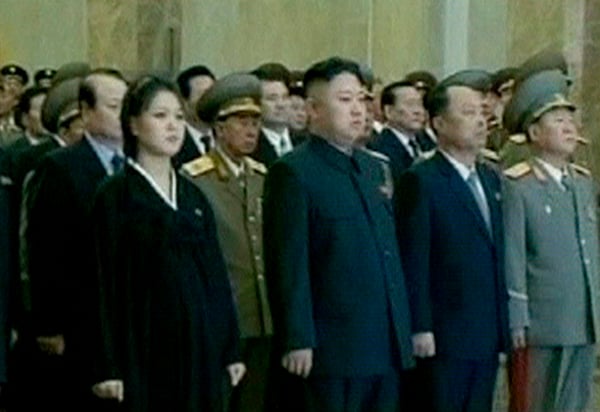 Then, Ri appeared at a new year’s event in Pyongyang where she wore a more form-fitting suit and didn’t appear to be pregnant.

The differing appearance was enough to create speculation in South Korean newspapers that the reclusive couple had given birth. Remember, Kim Jong-un didn’t announce his marriage to Ri until after the pair made several public appearances together.

If the rumours are true it would mean Kim has produced an heir to the North Korean leadership.