Dion gets in tank 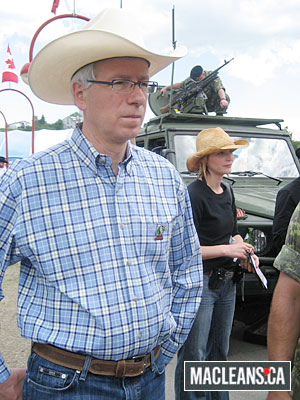 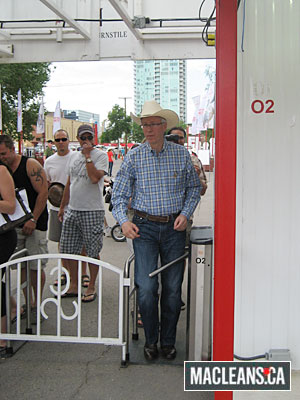 Dion was with his wife Janine Krieber, who went as an all–black cowgirl. 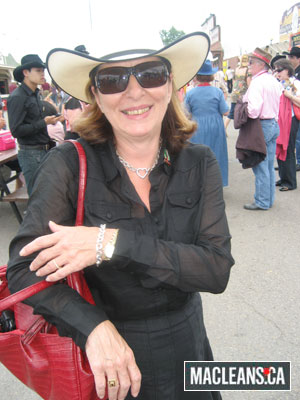 Dion and Krieber stopped by the RCMP recruitment booth. 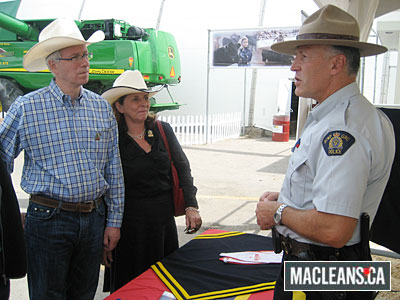 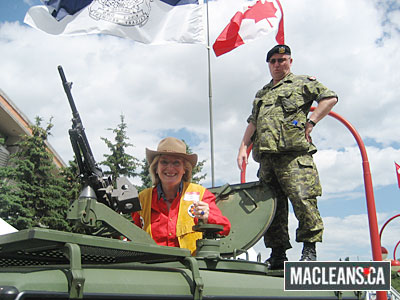 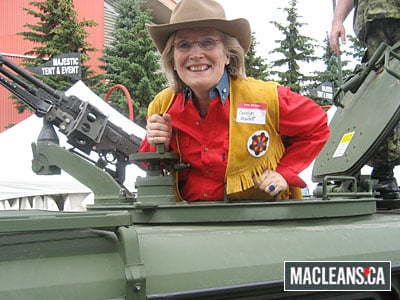 Dion went inside a tank. 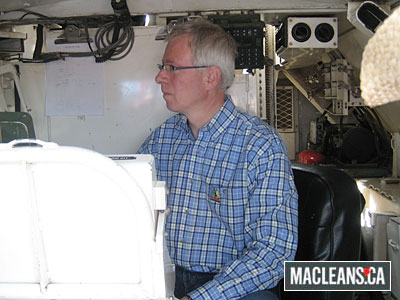 The Liberal leader then went over to the Indian village. 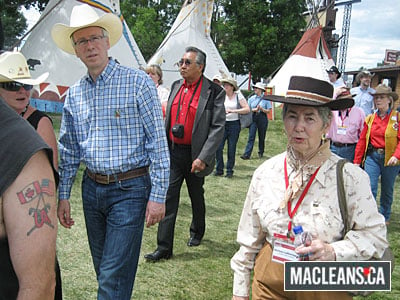 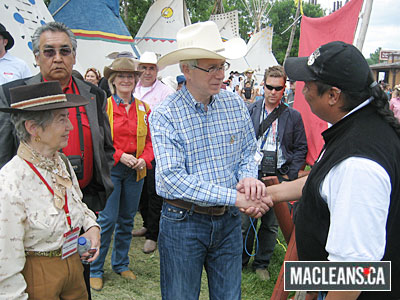 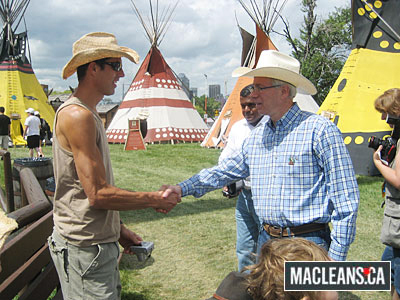 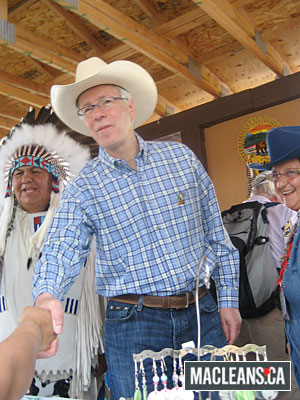 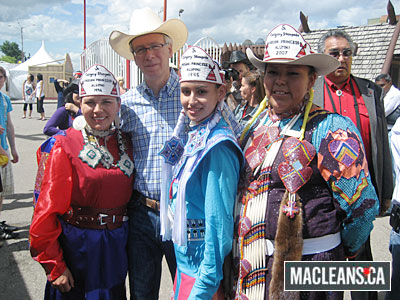 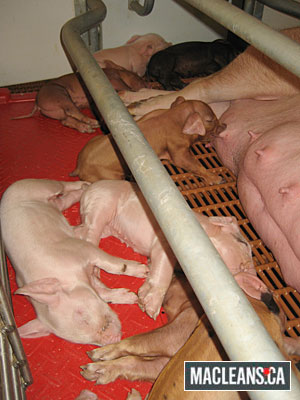 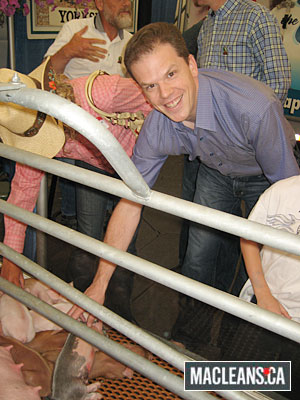 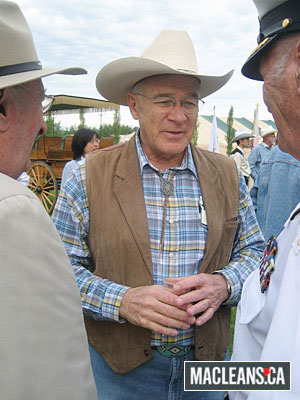 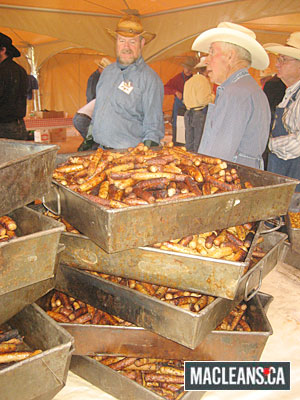 Stéphane Dion arrived with a marching band behind him. 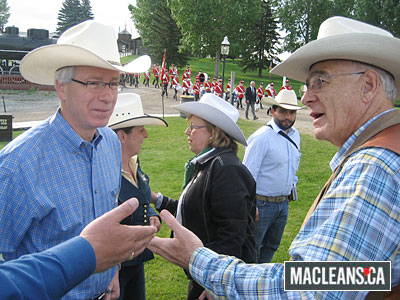 At the breakfast they mixed a bunch of nasty ingredients like Pepto-Bismol with alcohol, orange juice and one illegal substance – raw milk – for their annual syllabub drink challenge. Hays milked a cow on the spot to get things going. 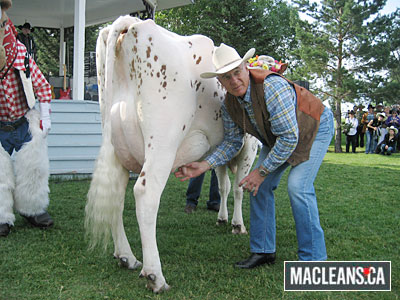 “That was fresh and local,” quipped Green party leader Elizabeth May, who took a swig of the bubbly brown concoction and got a certificate to prove it. She proudly proclaimed that the Green party supports raw milk. The syllabub did not taste very good. 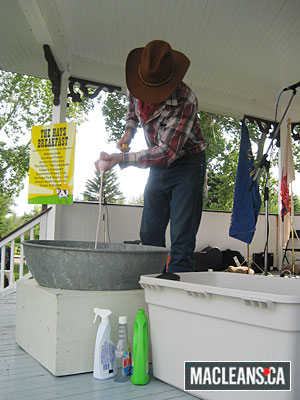 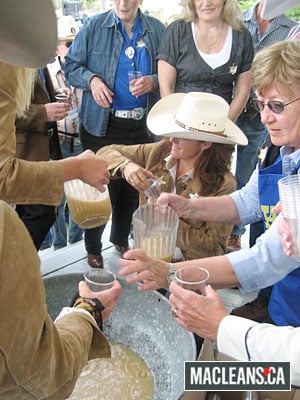 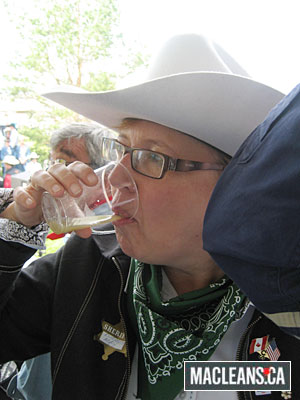 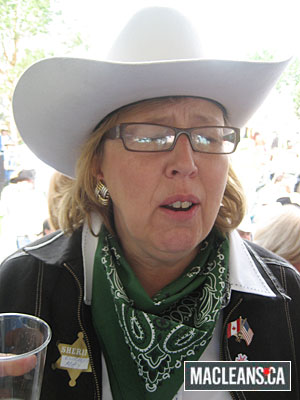 May was the only person there with their own travel coffee mug. 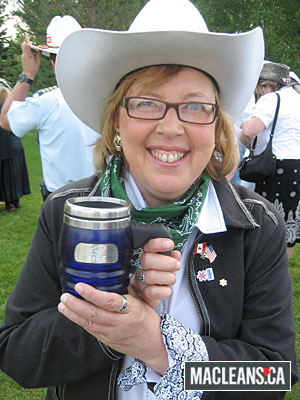 Speaker Peter Milliken also took a swig of the syllabub. 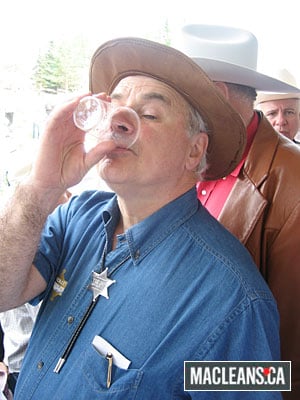 Ontario MP Patrick Brown confessed to having a difficult time with turning 30 in May. So while the MP (who could easily pass for 27) was on the Stampede fairgrounds, I challenged him to attempt the guess Your age and weight game. The woman pegged him at 35. Brown picked a stuffed Curious George as compensation. 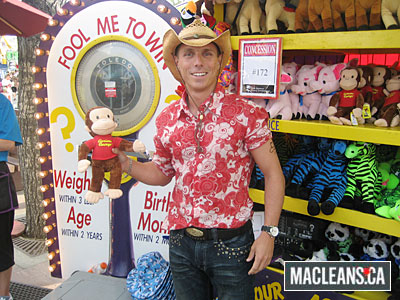 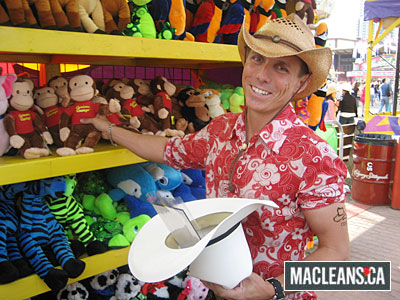 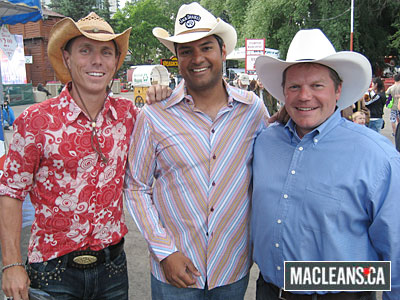 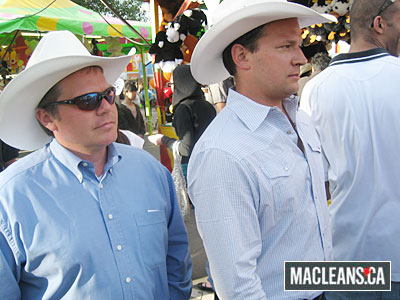 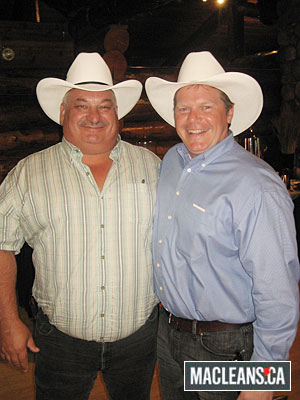