New details about the case--the largest property crime in U.S. history--come to light 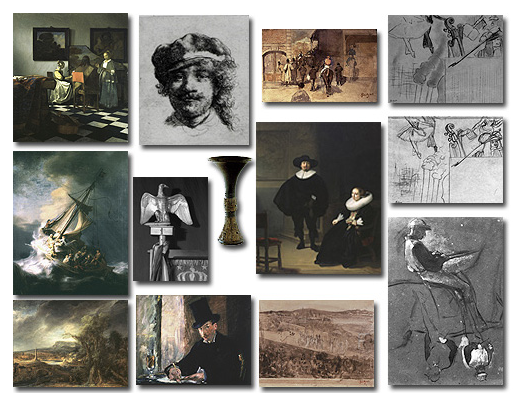 A $5-million reward is being offered to anyone who can assist with  the return of 13 paintings stolen more than 20 years ago from the Isabella Gardner Museum in Boston, MA.

Yesterday, the FBI announced in a press release that new information has come to light regarding the case:

The FBI believes it has determined where the stolen art was transported in the years after the theft and that it knows the identity of the thieves, Richard DesLauriers, special agent in charge of the FBI’s Boston office, revealed for the first time in the 23-year investigation. “The FBI believes with a high degree of confidence that in the years after the theft, the art was transported to Connecticut and the Philadelphia region, and some of the art was taken to Philadelphia, where it was offered for sale by those responsible for the theft.” DesLauriers added, “With that same confidence, we have identified the thieves, who are members of a criminal organization with a base in the Mid-Atlantic states and New England.” After the attempted sale, which took place approximately a decade ago, the FBI’s knowledge of the art’s whereabouts is limited.

U.S. Attorney Carmen M. Ortiz added: “The investigation into the Gardner Museum theft has been an active and aggressive effort, with law enforcement following leads and tracking down potential sources of information around the globe. Over the past three years, I have visited the museum several times, and each time I entered the Dutch Room and saw the empty frames, I was reminded of the enormous impact of this theft. I do remain optimistic that one day soon the paintings will be returned to their rightful place in the Fenway, as Mrs. Gardner intended.”

Isabella Gardner was an American art collector and philanthropist with a big–even eccentric–personality and an eye for art. With the help of dealer Bernard Berenson, she acquired one of the most impressive collections of European art in the world. The museum she built to house it was modeled after a Venetian Renaissance palace and is visited by more than 200,000 people annually.

On March 18, 1990, two men disguised as police officers gained access to the museum on the Fenway in Boston. After tying up the security guards they proceeded to steal 13 objects, including rare paintings by Rembrandt, Degas, and Vermeer. valued at

The case, which values the paintings at approximately $500 million, represents the largest property crime in U.S. history and is on the FBI’s list of of top 10 art crimes.