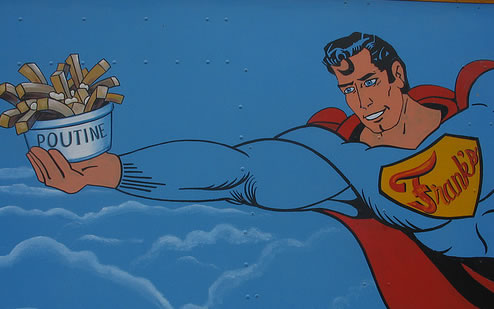 So here at DMA central we’ve spent the day drinking coffee, doing calisthenics and watching with mild amusement the return of this comely young career wrecker in preparation for tonight’s French debate, which we will be live blogging. Gilles Duceppe, that old hand, is by far the most adept at these things, and it will be interesting to see how much he throws at Harper will stick. The polls have indicated a considerable drop in Conservative support in Quebec; those same polls, however, indicate a large number of undecided voters. This corner, or at least this half of this corner, predicts a several choice haymakers from Duceppe.

Also interesting: Jack Layton, and his sudden “Wow, he’s good. Et quelle belle moustache!” appeal in these parts. Can he improve on his one seat in Quebec? Probably not. Can his inroads here further split the federalist vote? Surely!

Oh, yeah. This guy. Unlike my esteemed fellow goddamned Englishman, I happen think Stéphane Dion did fairly well on Tout Le Monde En Parle. Can he build on his lead in his native province?

Elizabeth May: Her French is about as good as Don Cherry’s, but she wins huge points just for basically fighting her way into the debates. She won’t win any seats in Quebec, but her party is arguably more of a fit with the Québec Solidaire vote than the NDP.

Now if you’ll excuse me, I have to go change into my costume. See you all at eight here.