Gerard Kennedy next to horror house 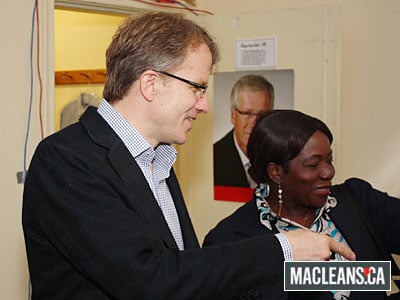 Former Liberal leadership contender Gerard Kennedy is in a tough Toronto battle with NDP incumbent Peggy Nash. Their campaign offices are near each other, and right beside Kennedy’s is the Rue Morgue House of Horrors, which Kennedy jokes “is the Conservative office.” 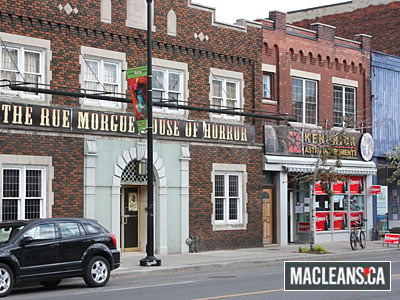 Volunteer Denise Brunsdon had no qualms about entering the horror house. 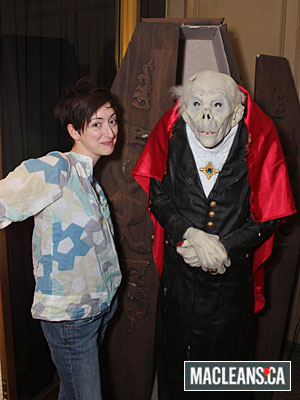 This is the cold station in Kennedy’s office. 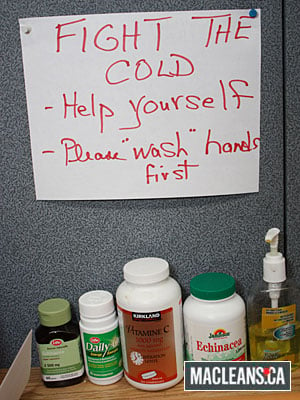