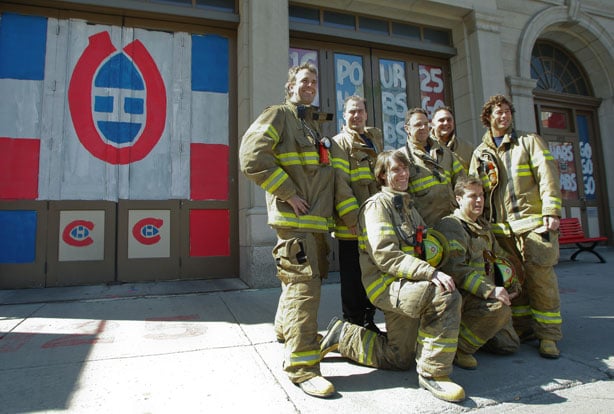 Barring a transit strike, horrendous snow removal or a delicious scandal, municipal politics are easily ignored. Montrealers seem to think so, anyway. Voter turnout was about 35 percent in 2005; Mayor Gérald Tremblay was elected to office by just 11 percent of Montreal’s population. The tedious machinations of running this city – and Tremblay’s less-than-Kennedyesque poise – obscures another reigning truism of Montreal city politics: Relations between the city and its unions are almost mythically wretched. “There has always been a great volume of labour relations in Montreal,” CUPE president Paul Moist told me last year.

Both sides hustle for the public’s favour; you’d think doing so in a city in the grips of playoff fever, where even the cops have those stupid flags flapping from their windows, would be a no-brainer.

Not so much. Last week, the Tremblay administration demoted a captain and fined the firefighters’ union $500,000 for defacing city property with the unsightly bleu blanc rouge of les Canadiens. “I have Habs fever, but I don’t put graffiti or paint in the windows of my house,” Tremblay told reporters. He then donned a cape and horns to declare war on his next targets: apple pie, rainbows and little fluffy kittens.