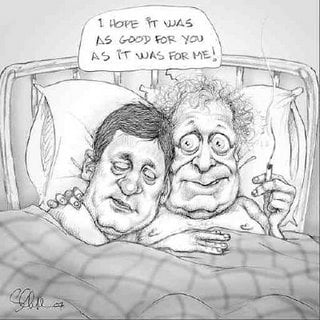 Stephen Harper was in suburban Montreal yesterday for St-Jean-Baptiste celebrations and used the occasion to lay the groundwork for what will surely be an unadulterated play for soft nationalist votes in the province in the next election. In stark contrast to previous Liberal governments, Harper wasn’t afraid to play up the Conservatives’ indulgence of Quebec nationalism, and even borrowed a few bits and pieces from Mario Dumont’s autonomist discourse:

“We believe in a strong Canada, united, independent and free with a Quebec that is confident, in solidarity, autonomous and proud.”

Did that sound familiar to anyone else? It should have.

Here’s what Harper told a crowd in St-Narcisse-de-Beaurivage last April:

He said a re-elected Conservative government would lead a Canada that was “strong, united and free, with a Quebec (that was) autonomous and proud.”

Now, there’s something to be said for consistency. But one would think that a government that’s completely tapped for ideas could at least put some effort into its speeches. Apparently not. “Real” “True” nationalists like to repeat themselves.

Besides, it’s still a little tough to square Harper’s newfound crush on Quebec nationalists when you look back at his views from a scant six years ago. Here’s how Andrew Coyne described a speech by Harper to the Canadian Alliance in 2002:

The Liberal lock on federalist votes in Quebec is one of the great constants of Canadian politics, obliging conservatives — so they thought — to pitch their tent for the province’s nationalists. From at least the time of Robert Stanfield, conservatives have experimented with various appeals to the nationalist vote, from deux nations to distinct society. Even the Reform Party, though it rejected special status, fell into much the same trap, offering instead Preston Manning’s “Troisieme Voie” of generalized devolution. It hasn’t worked — or when it has, as Mr. Harper points out, it has proved viciously unstable, invariably ending in disaster. “The broad lesson of history,” he notes, “is that Canada’s natural governing coalition always includes the federalist option in Quebec, not the nationalist one” — as was true of the Liberals for much of the 20th century, and of the Conservatives in the 19th. The Alliance’s Quebec strategy, in case anyone missed his point, should be to make itself “acceptable to a significant number of Liberal as well as anti-Liberal voters.” Mr. Harper’s leadership, then, would herald a historic shift — not only in conservative politics but in the politics of the country. Or perhaps he is calculating that that shift is already under way: that with the coming death of separatism, national unity will cease to be the Liberals’ trump card, just as defence lost its potency as an issue for the Republicans after the Cold War.