While in Toronto, Liberal MP Hedy Fry (Vancouver Centre) stopped by the city’s premier gay bar Woody’s to check out the drag shows. She is seen here with Daytona Bitch (the one with bigger hair). 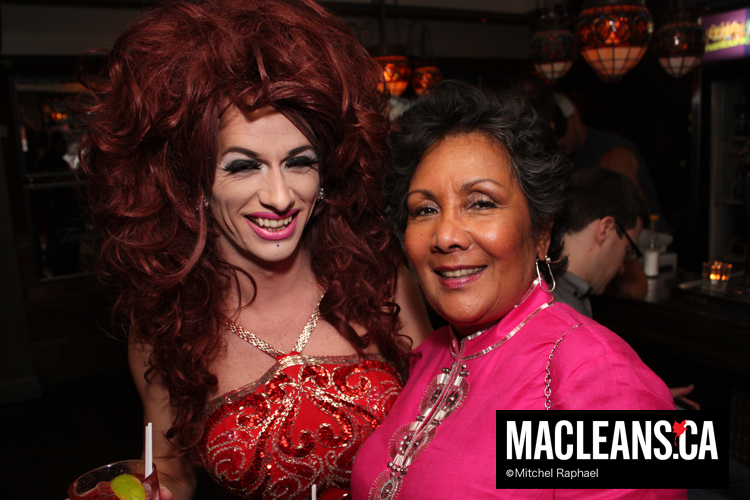 Fry with Bobby Crowder, who moved to Toronto from Vancouver. When he saw Fry he told her he was one of the cowboys on her gay Pride float in Vancouver back when she had a Brokeback Mountain theme. 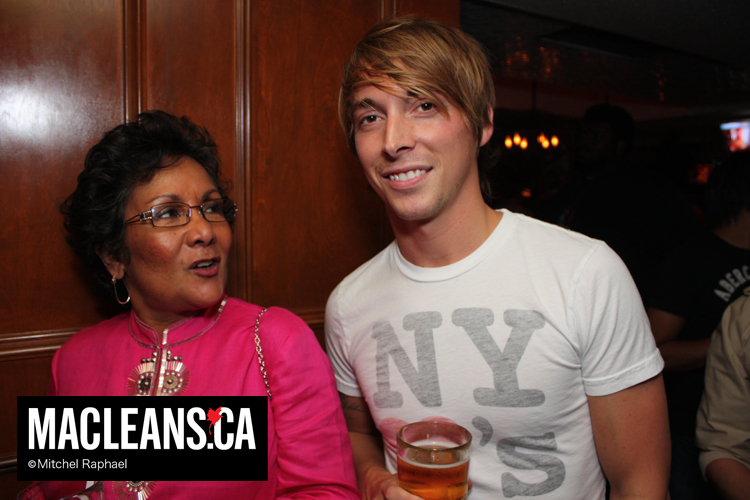 Back in Vancouver, Fry was made an honorary Empress of Canada by Ted Northe, who is the drag queen Empress of Canada and part of a North American drag court system. Fry was recognized for her extensive work in helping the gay, lesbian, bisexual and transgendered communities. Fry tipped the Toronto queens and noted that when you give them the money you are supposed to bow as is the Vancouver tradition. 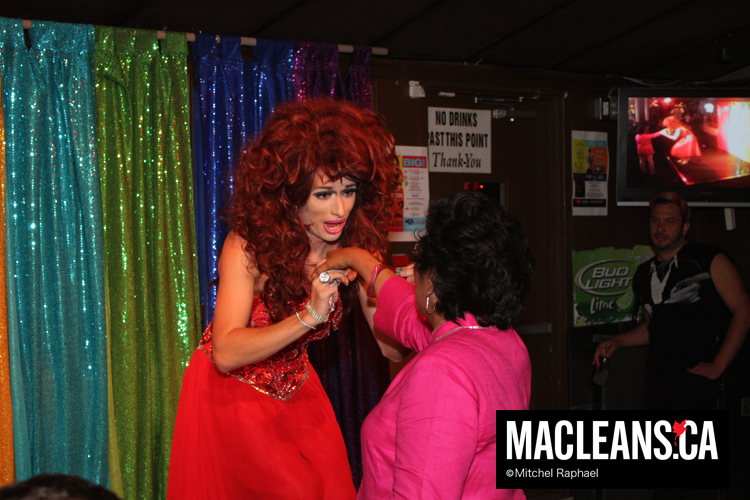 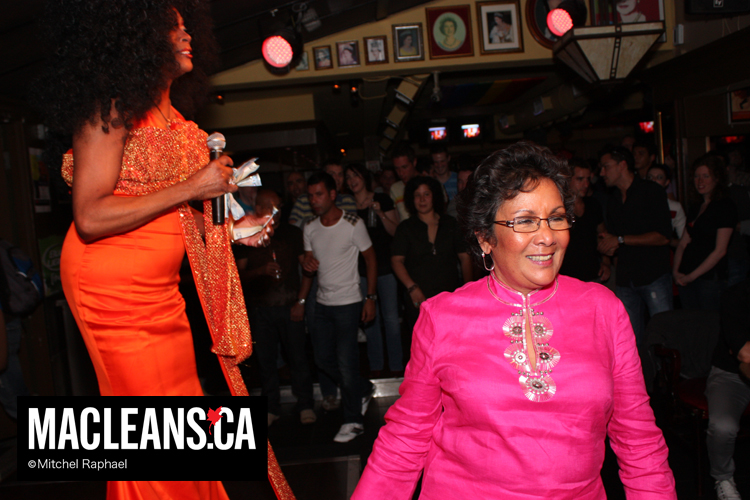 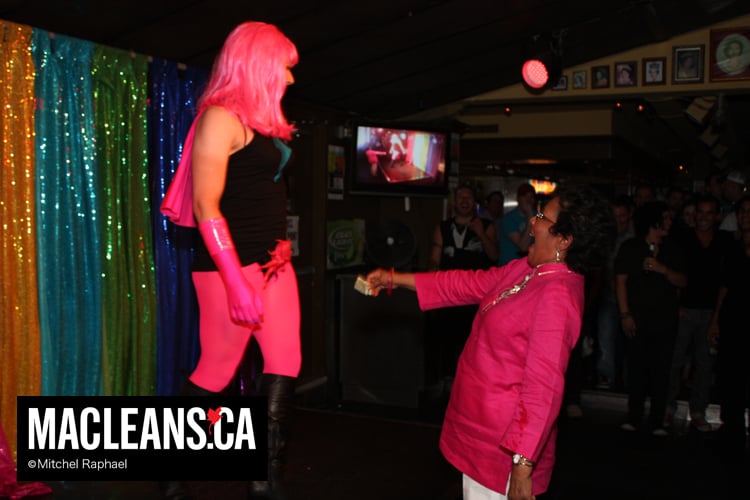 Fry felt Georgie Girl wore too much lip liner. “I just want to go and wipe it off,” said the MP. 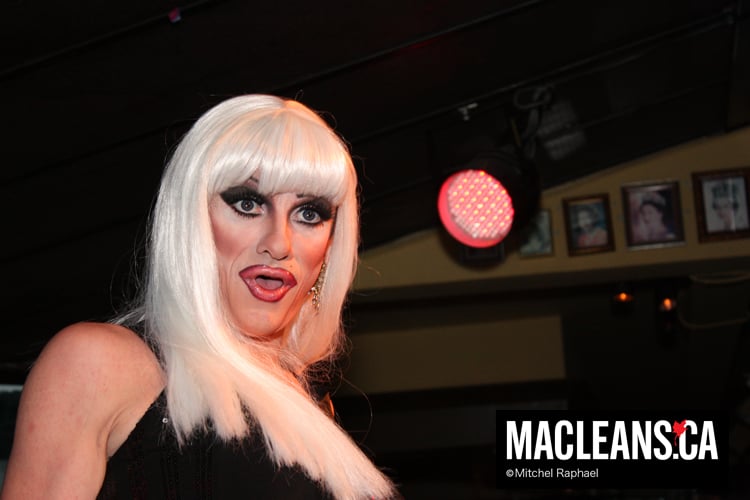