Hockey in Barrie with Conservatives and animal print protective cups!

Ontario Tory MP Patrick Brown hosted and played in his second Hockey Night in Barrie charity game at the Barrie Molson Centre. The teams were a mix of Conservative MPs, past and present NHLers and some celebrities. The event raised $121, 000 for Barrie’s Royal Victoria Hospital. Team Blue won 15 to 13. Below, Labour Minister Rona Ambrose and Defense Minister Peter MacKay. 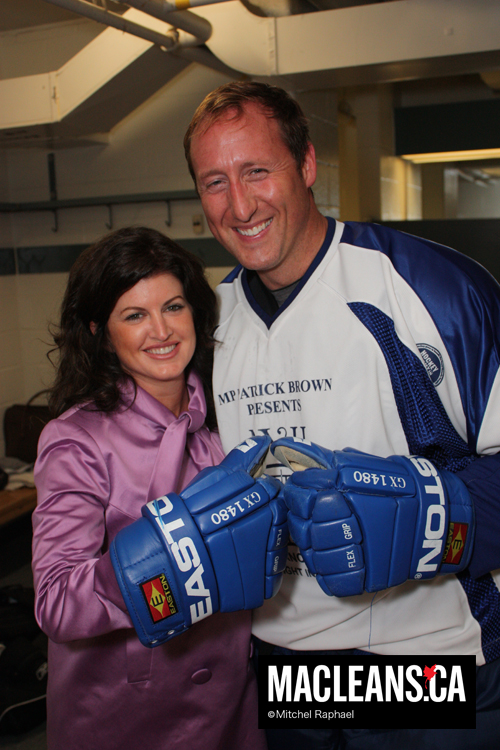 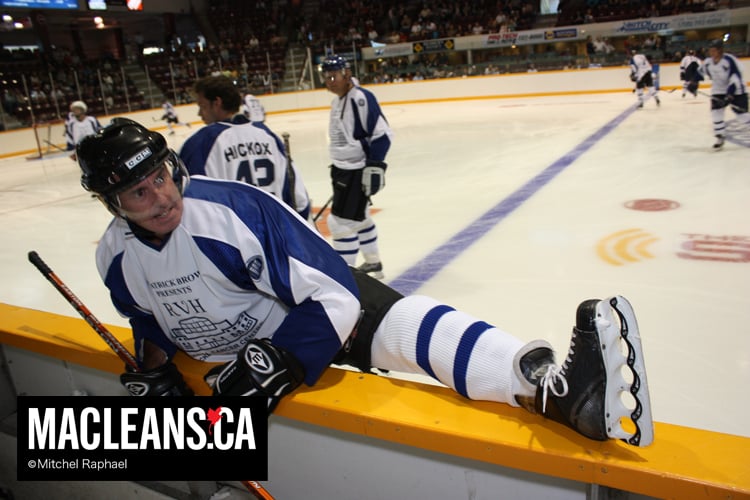 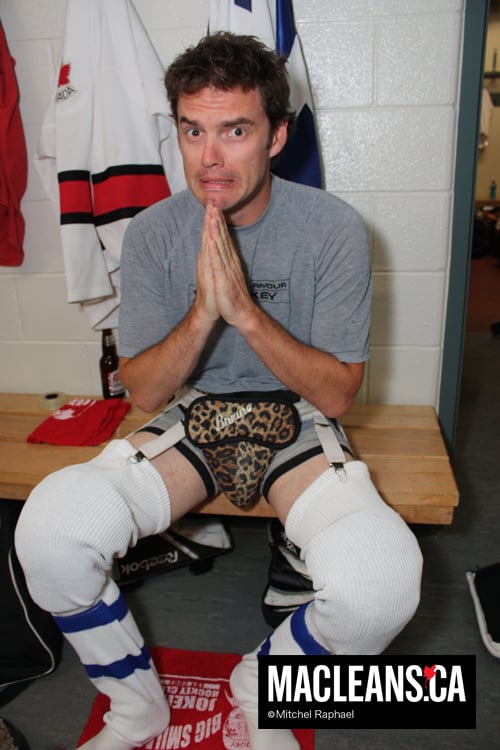 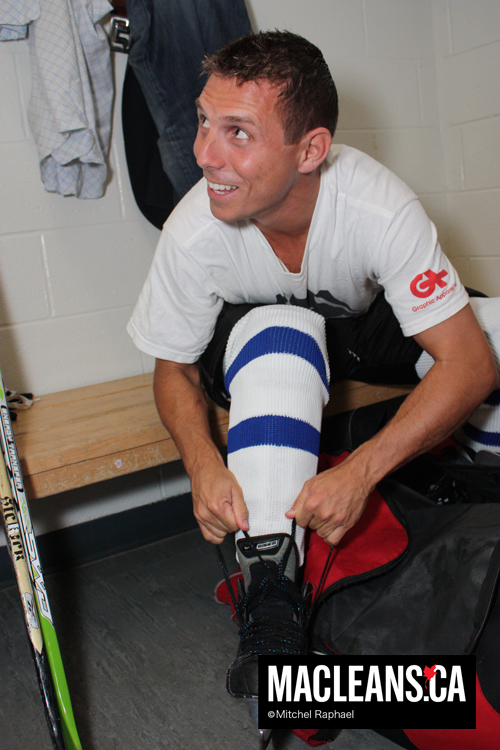 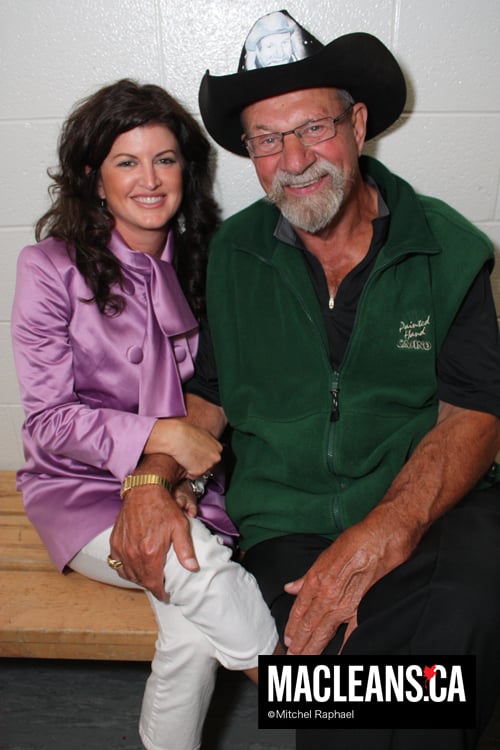 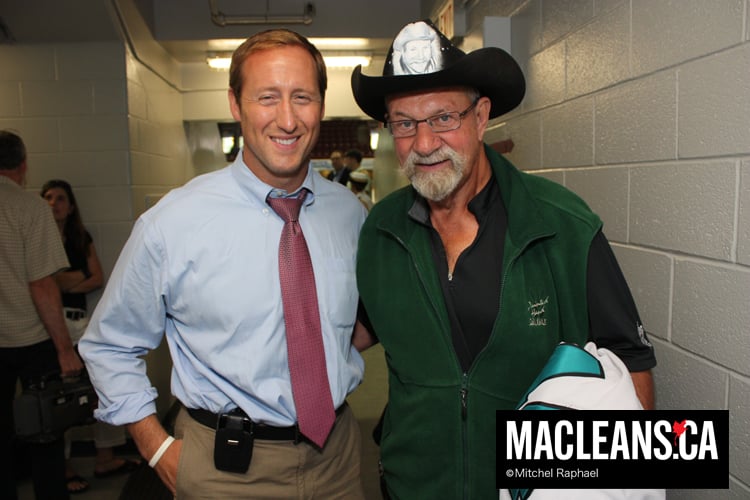 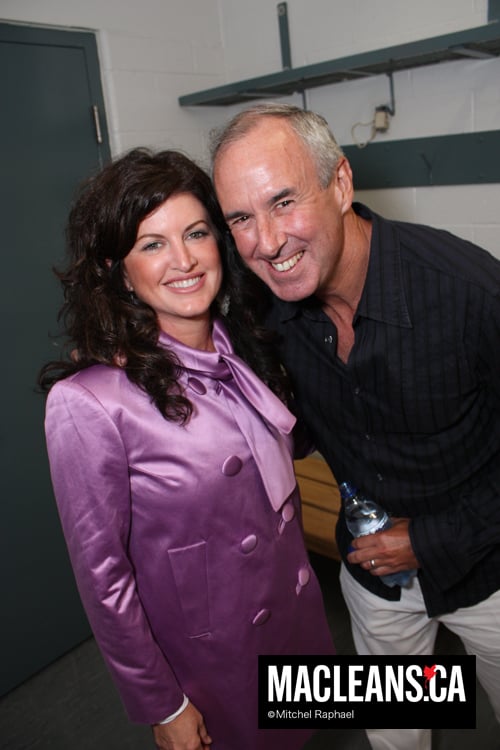 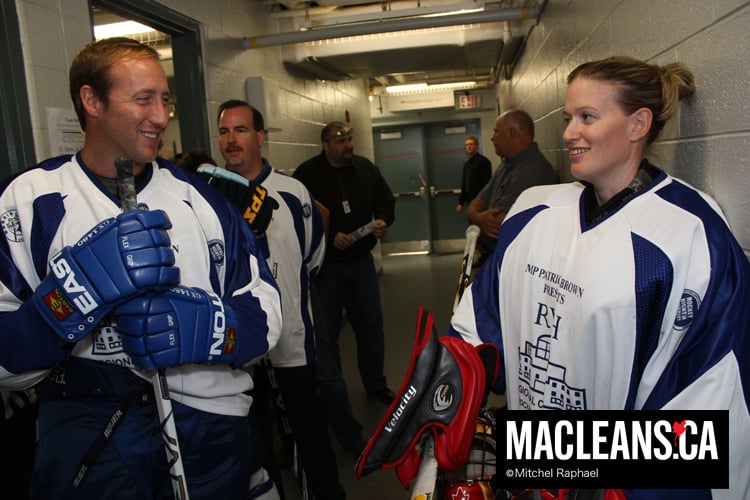 Bryan Little of the Atlanta Thrashers. 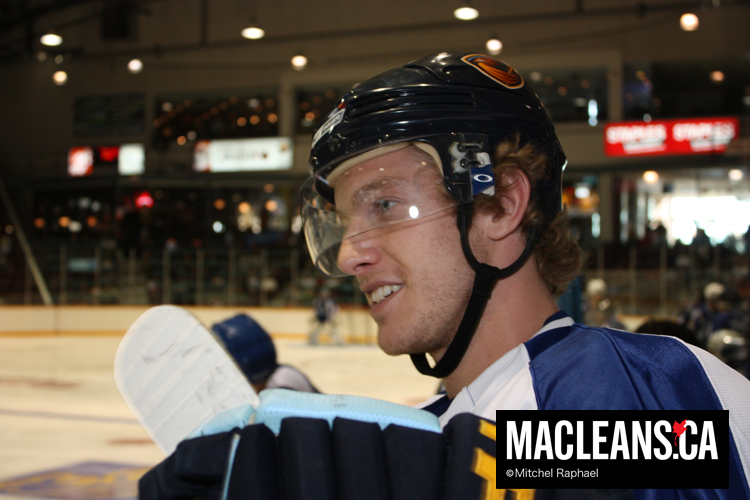 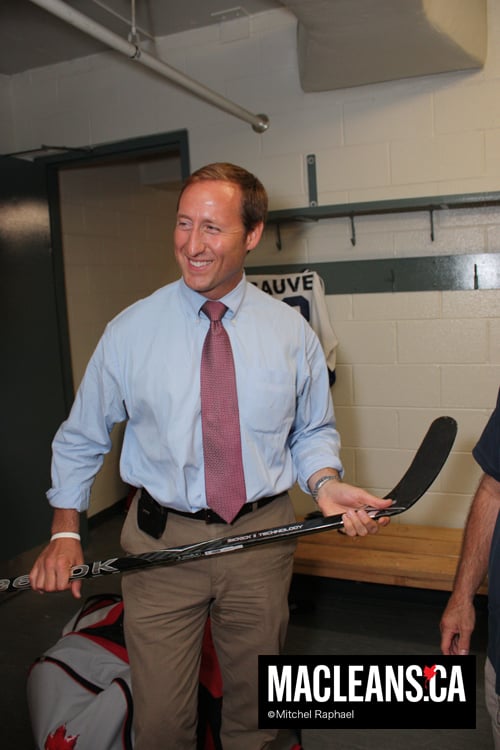 Helena Guergis, minister of state for status of women, and her cousin Tony Guergis, mayor of Springwater and Simcoe County Warden. 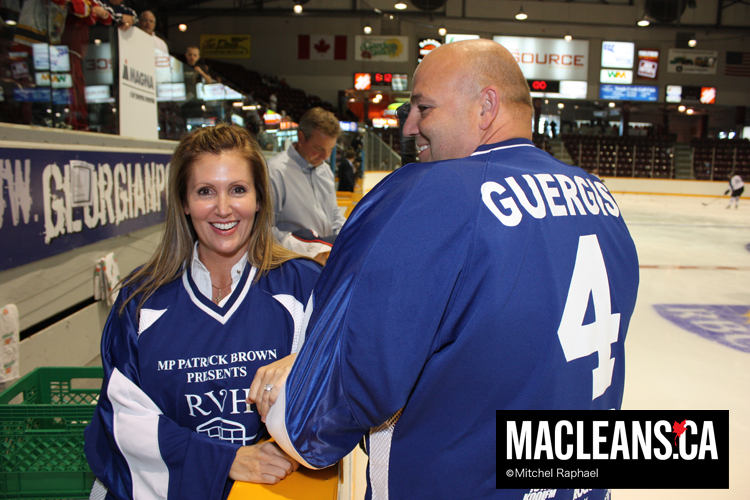 Guergis and her sister Christine Brayford, a city councillor for New Tecumseth. 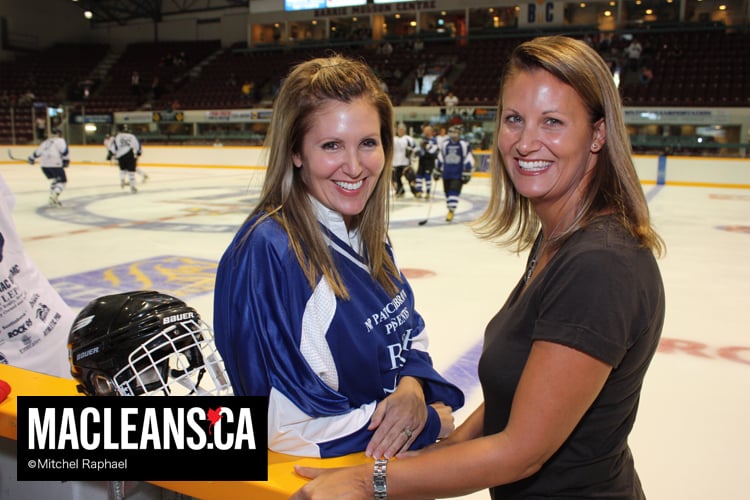 Guergis and her husband Rahim Jaffer. 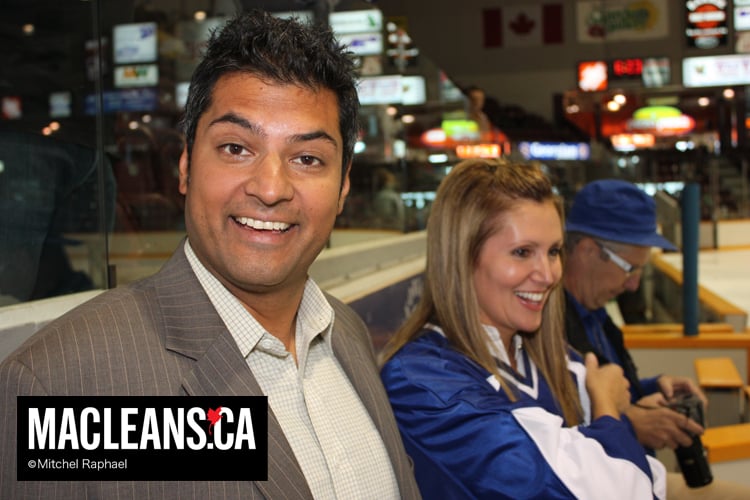 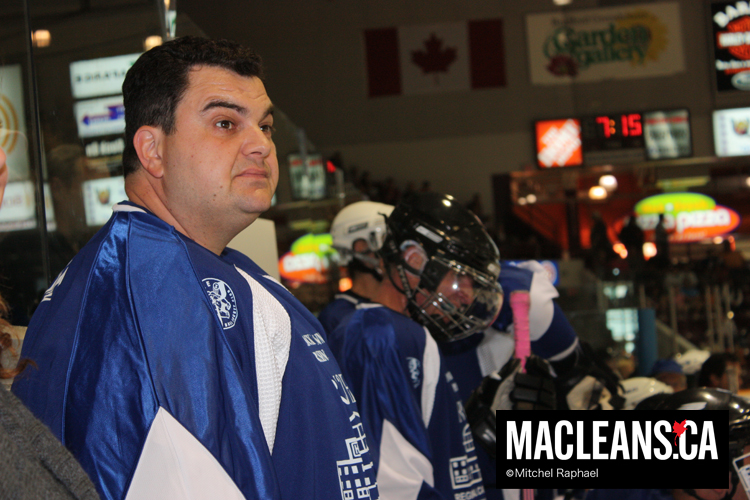 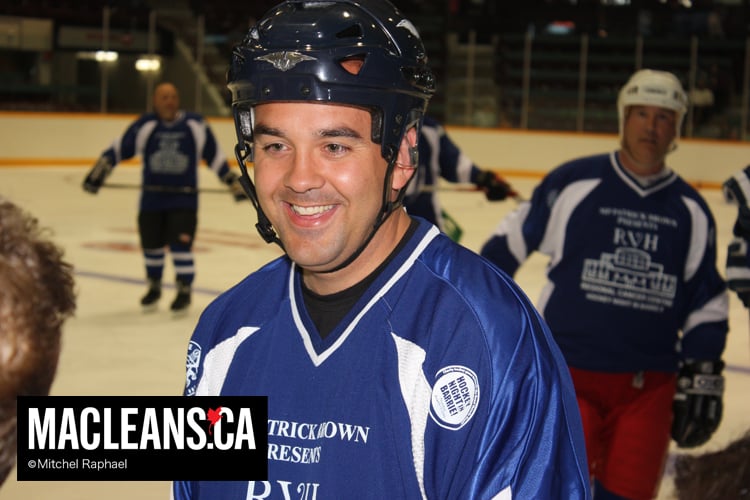 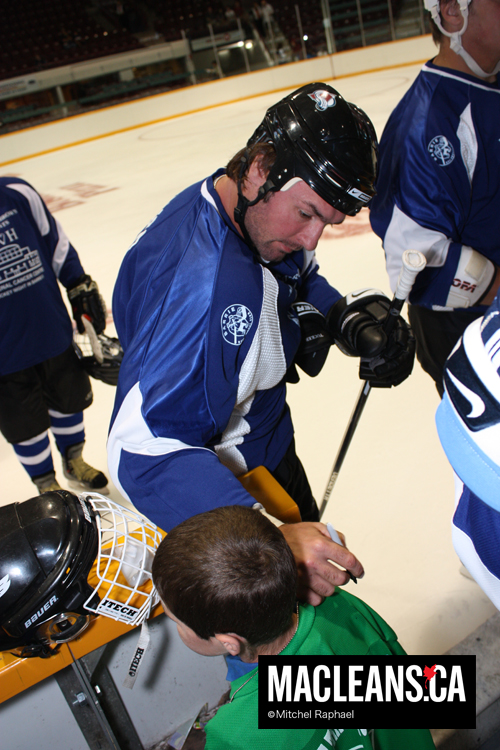 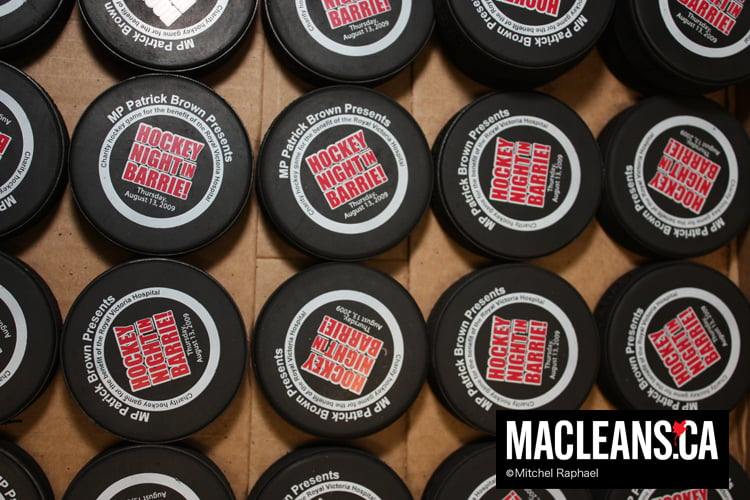