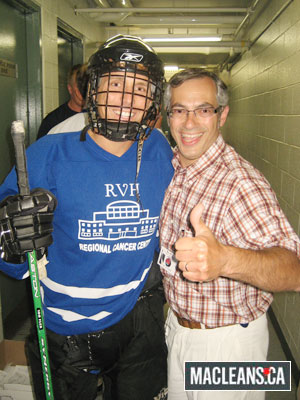 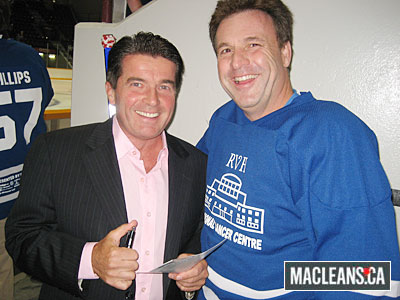 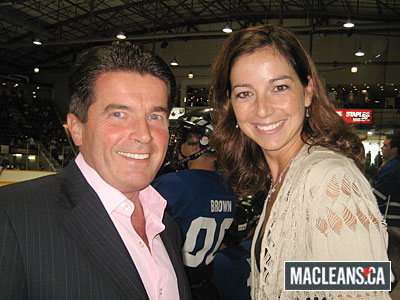 Brown and Columbus Blue Jacket Rick Nash, the most popular player of the night. 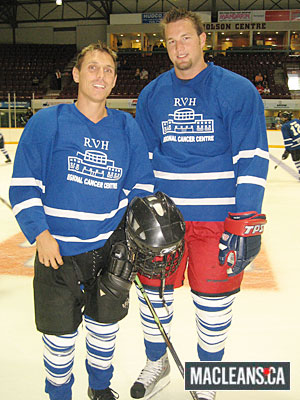 Nash signed many things that night. 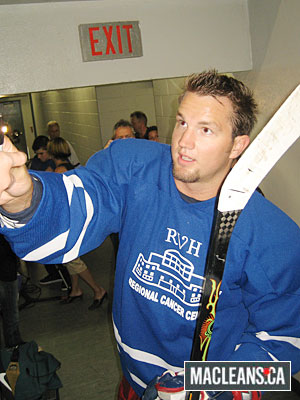 Alberta MP Brian Storseth still laced them up, even though he’s only been up walking for two weeks after breaking his ankle in an MP vs. Staffer flag football game in June. 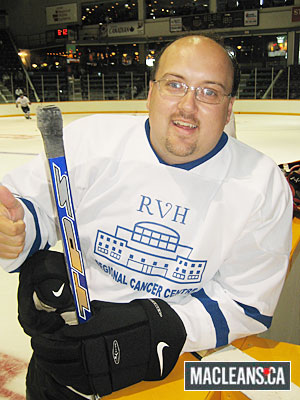 Brown with Mike Lake — the Tory MP from Edmonton used to work in sales with the Oilers. 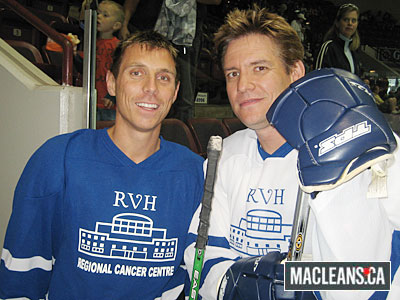 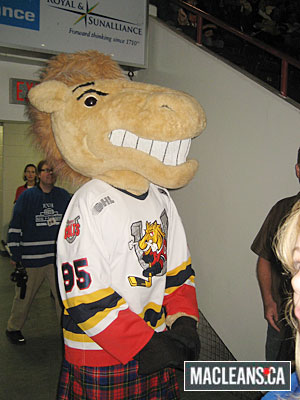 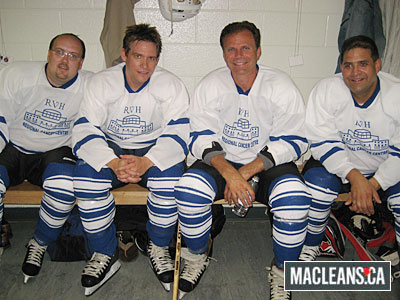 Health Minister Tony Clement dropped the puck and wore jersey No. 28 — his margin of victory in the last election. 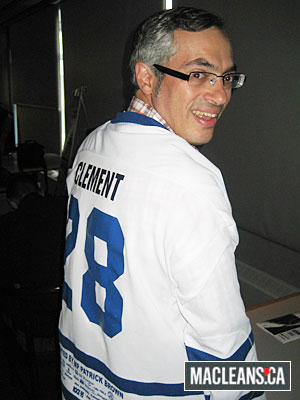 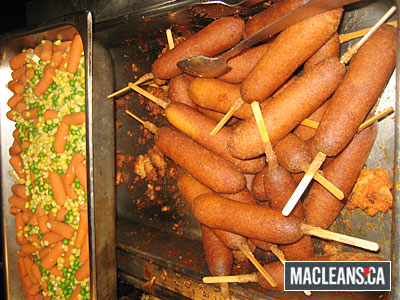 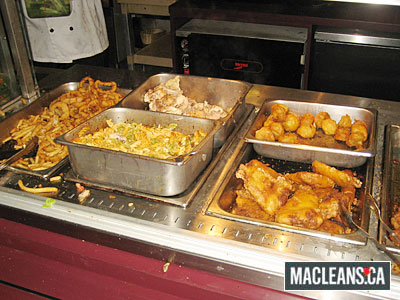