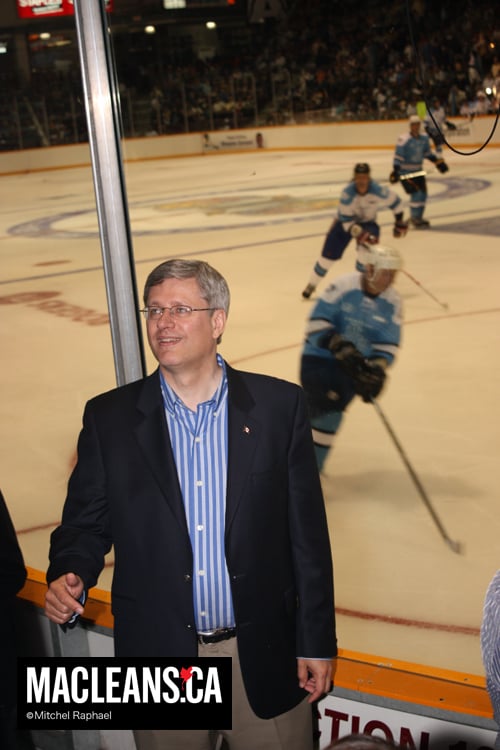 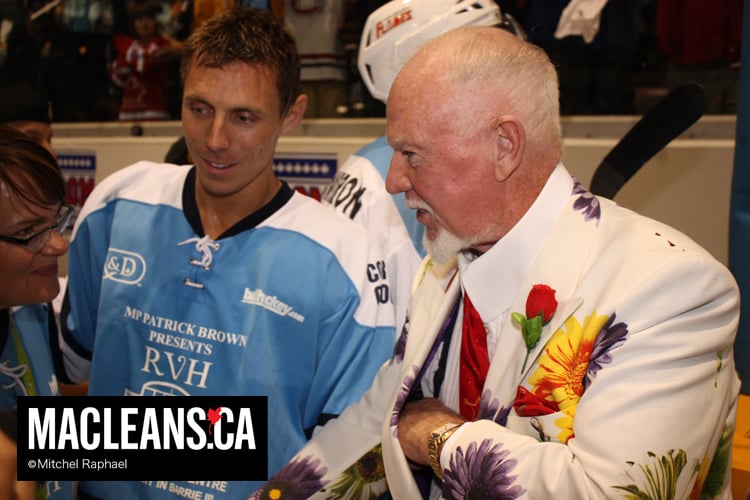 Between periods the PM met with fans. 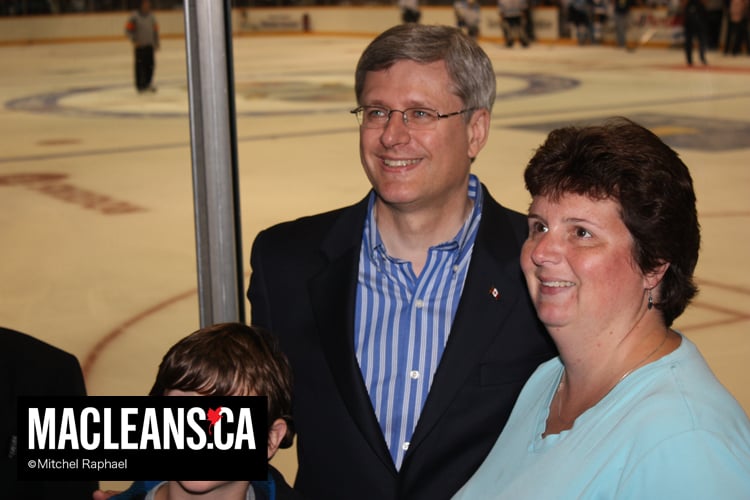 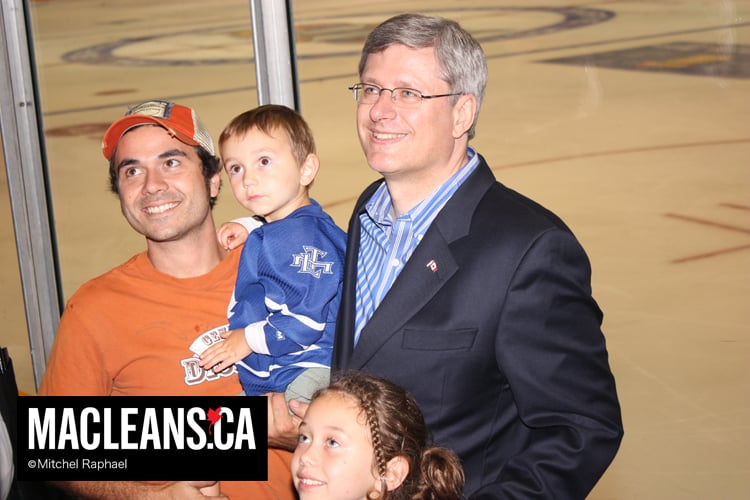 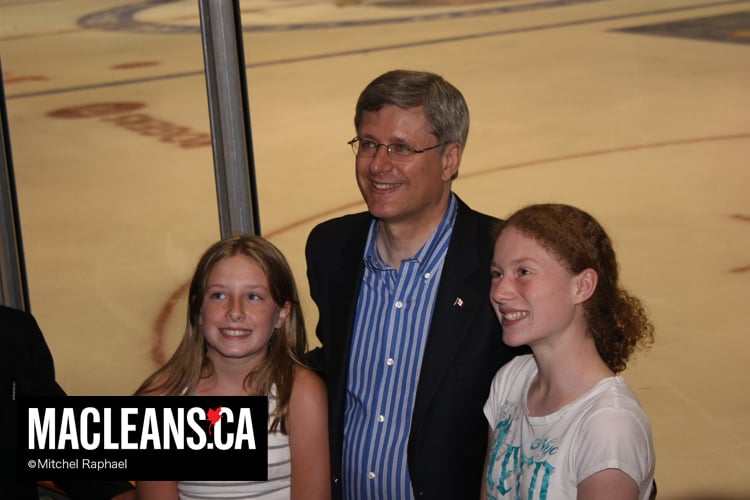 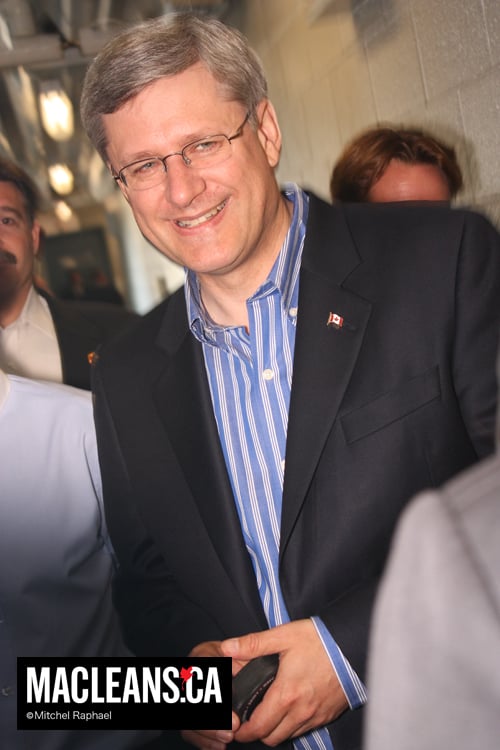 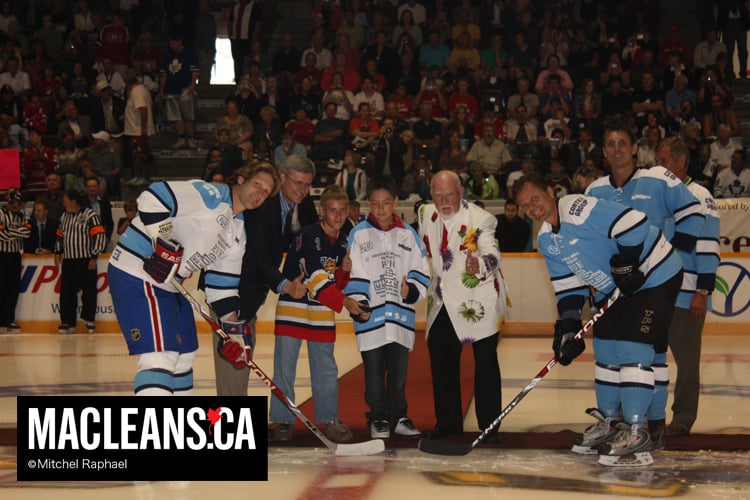 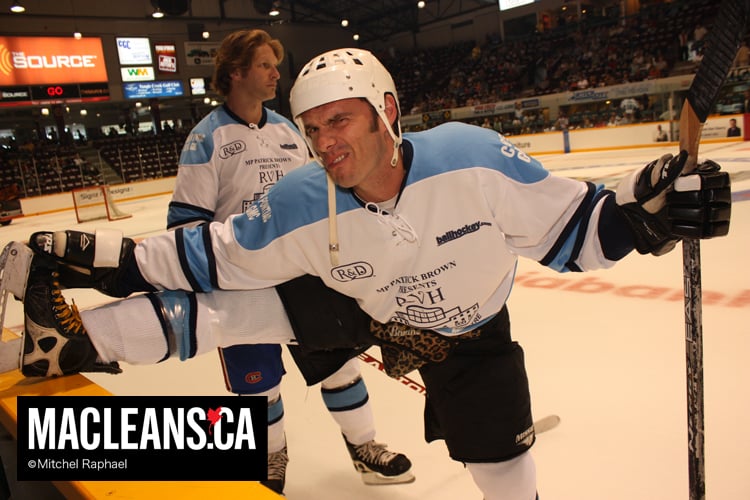 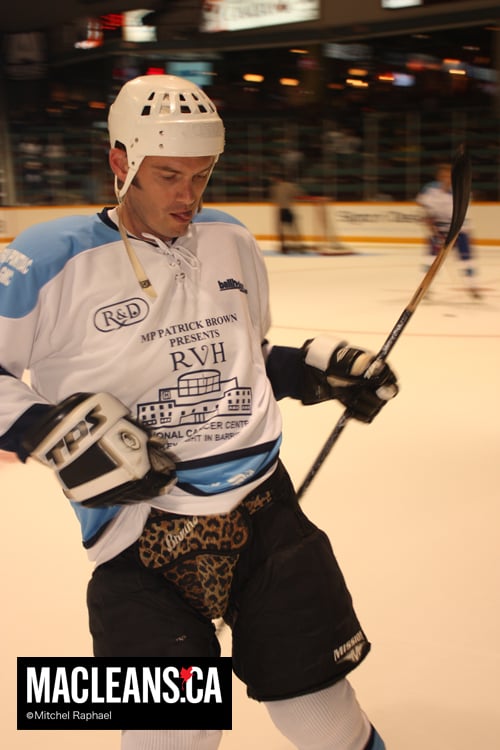 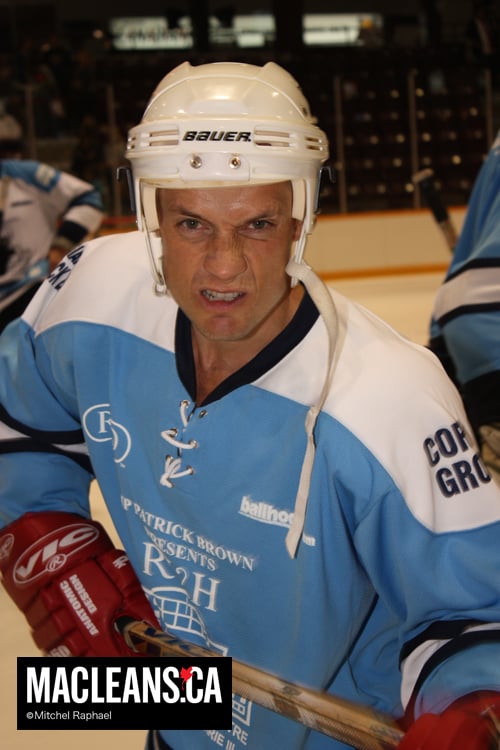 On hand was the Kempenfelt Rotary Club who were selling tickets for the first annual Great Canadian Beaver Race & Festival. They plan to dump 10,000 plastic beavers in a river for the race. Each ticket has a corresponding number on a beaver. To promote the event, the city of Barrie has 50 giant-sized beavers painted by a variety of artists. Several of the beavers were on display at the game. 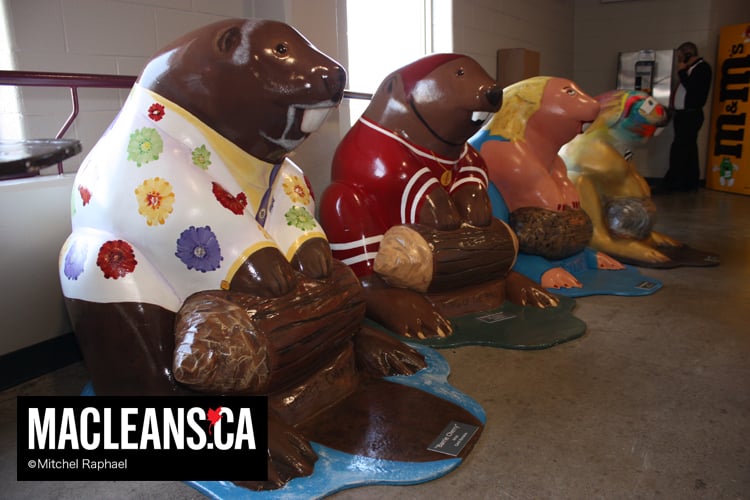 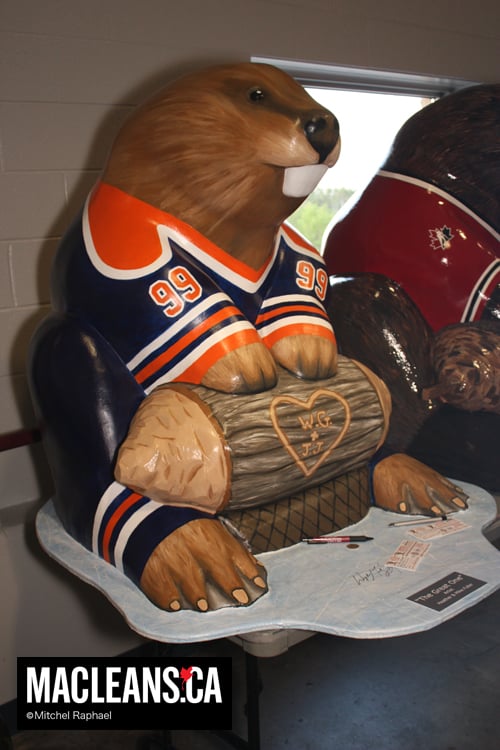 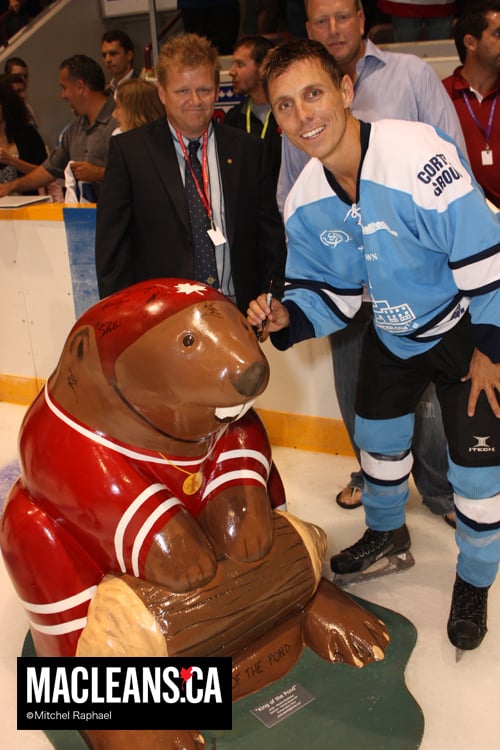 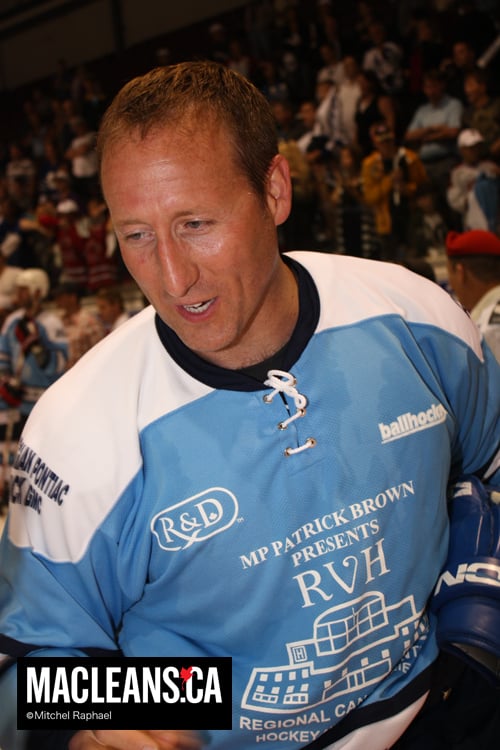 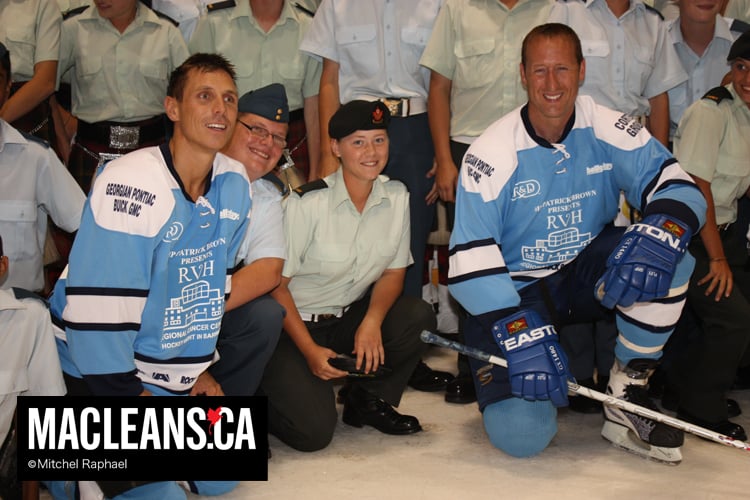 MPs, the PM and visiting troops from the local base. 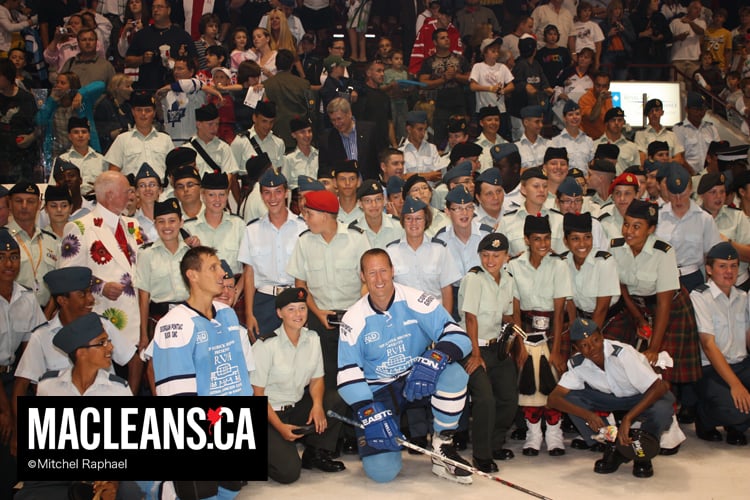 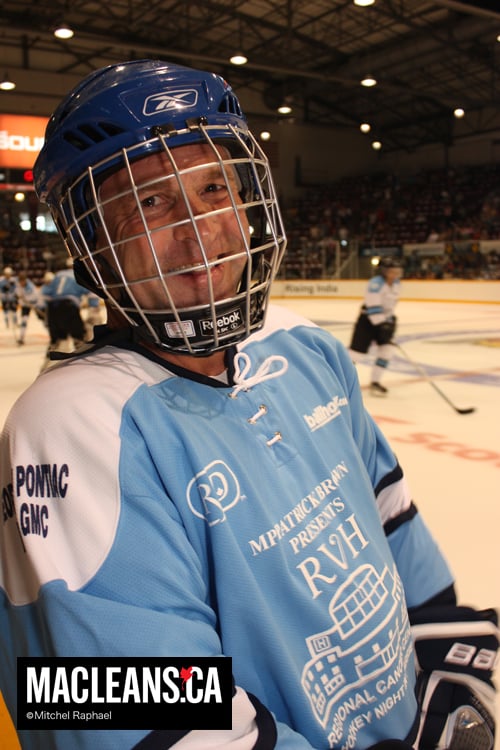 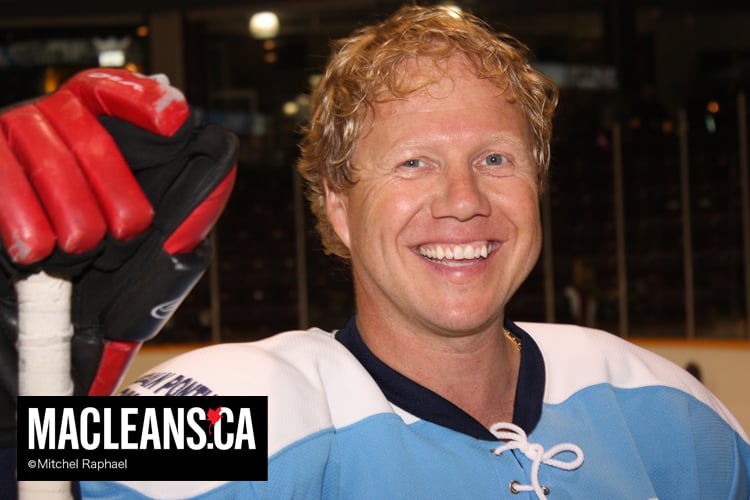 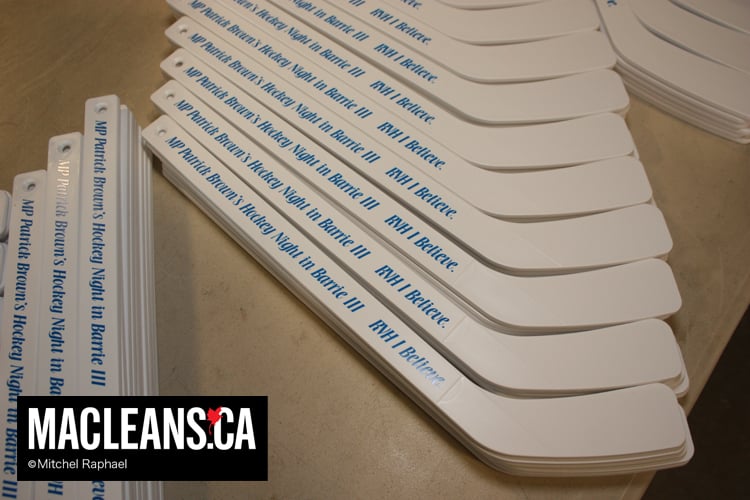 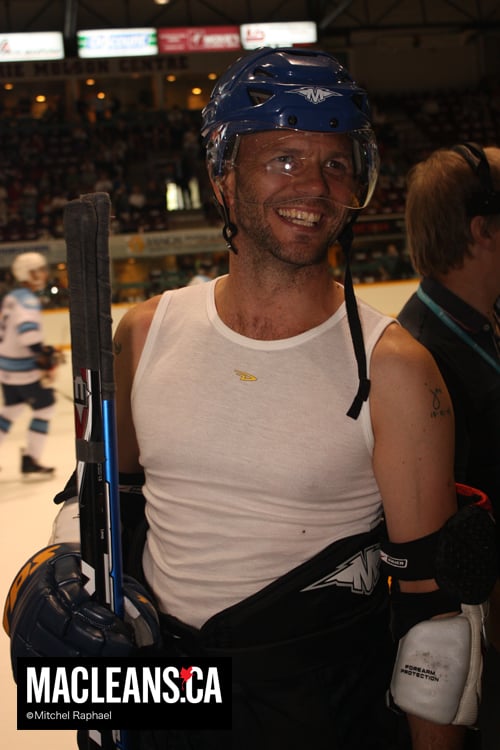 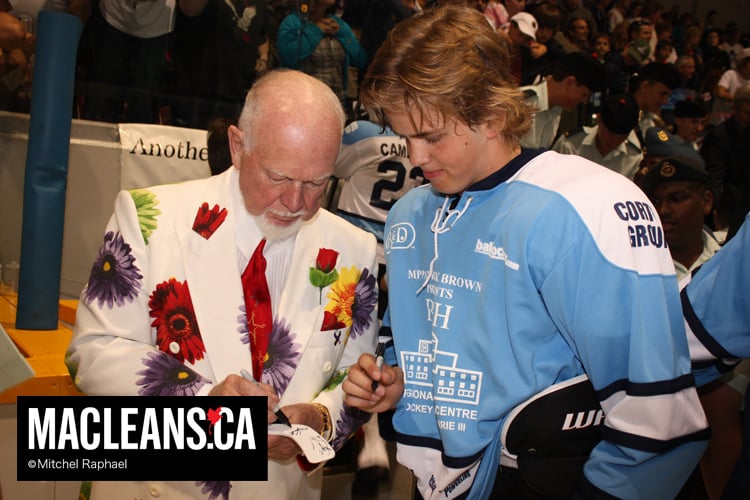 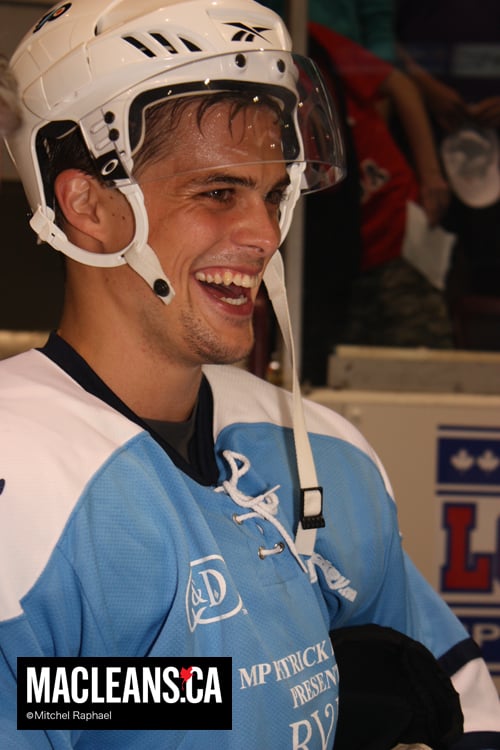