Family tries to salvage some belongings 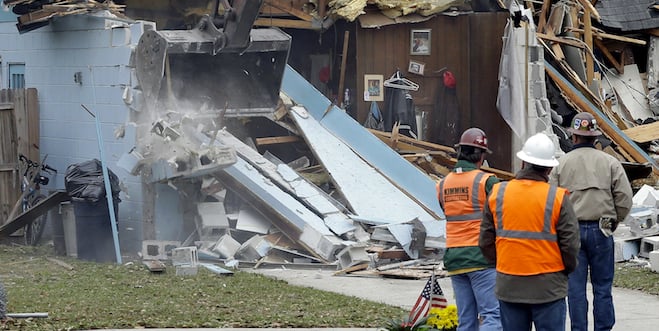 Demolition work on the home where a Florida man was swallowed by a sinkhole on Thursday night will continue Monday.

Officials made the decision to tear the home down Sunday, after they determined that the house was too unstable to continue looking for the body of Jeffrey Bush, 37, who was swallowed as he lay in bed.

Crews used a crane mounted on a boom to begin demolition of the home at 240 Faithway Drive in Seffner, a Tampa suburb, on Sunday. They tried to move the house forward, towards safer ground near the street, so the five remaining family members who escaped the home Thursday night could salvage some of their belongings, reports The Associated Press.

The demolition was scheduled to continue Monday.

Bush’s body will likely not be recovered from the sinkhole, which is as deep as 15 metres (50 feet), reports CNN. Crews need to remove the home before they can decide how to safely fill in the hole.