If necessarily a coalition...

Voters have the right to know, in advance, what potential governing arrangements are on the table 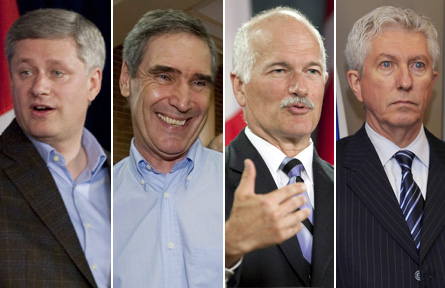 At what point does an annual federal election become a constitutional convention?

I kid, of course.

But as we head into our fourth election in under six years, we need to seriously consider the possibility that we have achieved parliamentary deadlock, and if so, what we are going to do about it, short of heading to the polls every Fall.

The late Senator and constitutional theorist Eugene Forsey argued that unlike the American system (where Congressional deadlock is seen as a feature, not a bug), a hung parliament is impossible. When the government and opposition “differ on any matter of importance, then, promptly, there is either a new government or a new House of Commons.”

Well that’s well and good, but what happens when the new government can’t make the new Commons work? And then again? And again? Forsey claimed that “In the United States, President and Congress can be locked in fruitless combat for years on end. In Canada, the Government and the House of Commons cannot be at odds for more than a few weeks at a time.”

But what seems to have happened is that the main parties are now engaged in what appears to be a serious war of attrition, at odds for years at a stretch. And it won’t end until one of the following happens:

1. The voters get tired of it, and elect a majority.

2. One of the opposition parties gets tired of it, or goes broke, and decides to just tacitly support the government for an extended period of time (like the Libs did under Dion).

3. Two (or more) parties enter into a Peterson-Rae style entente.

4. We have a coalition government.

My preference is for (1), but that is not on the radar. Two is less likely than it used to be, given the public funding of political parties and, frankly, the personalities currently involved. That leaves the possibility of a coalition or coalition-style government as the scenario that is a) most likely and b) most in the interest of the country. I think it is imperative that all the parties involved start talking about it now, before the election. Voters have the absolute right to know, in advance, what potential governing arrangements are on the table before the election.

(Forsey quotes lifted from this old Spector column, which is still most relevant).