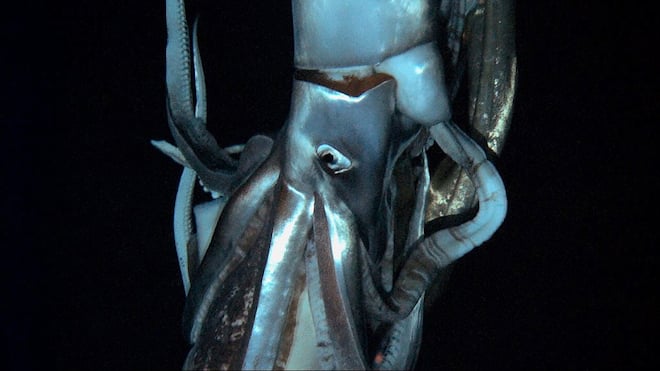 In a DNA study of 43 squid from different parts of the world, including the U.S., Japan, South Africa, New Zealand, scientists came up with findings they’ve described as “very weird.”

In the past, researchers have believed there were eight different species of squids, based on their different appearances and locations.

But this new study—done by a group of international researchers, with findings in the Proceedings of the Royal Society B.—has determined that there is only one species and that these cephalopods have almost identical DNA.

The researchers cannot fully explain this situation, but think that migration plays a part in how squid from Japan and Florida could have the same DNA. Instead of living together, the larval stage squids disperse to different parts of the world ocean.

Nature journal speculates that this similar genetic sequencing means there was an “evolutionary bottleneck” and that they were likely driven close to extinction in the past—and that they are susceptible to future problems in that area.

Not much is known about this deep-water living creature. And its size and mysteriousness has made it an inspiration for sea-monster legends—like the Scandinavian ship-destroying Kraken. While some believe they can reach 50m in length, scientists prefer an estimate of 18m.