I'll see your Don Cherry—and raise you a Jacques Parizeau 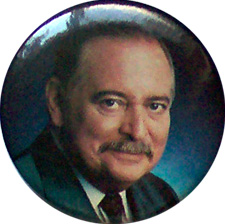 As my colleague (and office neighbour) Chris Selley has pointed out, “Canada’s National Newspaper” is on a bit of a Don Cherry kick these days. Through some tortured logical process, both Rex Murphy and the Globe editorial board have decided that Henry Morgentaler’s nomination to the Order of Canada for his work on legalizing abortion doubles as a perfect springboard for bestowing the same honour on English Canada’s favourite blowhard.

If Morgentaler’s nomination has indeed opened the floodgates to naming just about anybody to the oh-so-sacred Order—no matter how reviled by certain segments of Canadian society—here’s a suggestion for the GG and her committee: Jacques Parizeau.

The case is actually a pretty easy one to make: as one of the chief economic architects of the Quiet Revolution, Parizeau played a leading role in building the modern Quebec state. The former premier was behind a number of projects that permanently transformed Quebec’s economy, like the creation of the Caisse de Dépôt and the FTQ’s Fonds de solidarité, and the nationalization of the province’s electricity into the behemoth now known as Hydro-Québec.

“But what about Parizeau’s separatism?” some might say. Well, if one were to rank the incidents that have hampered the sovereignist cause, there aren’t many that could top Parizeau’s “money and the ethnic vote” remark after the referendum. In fact, by scorching the earth after the PQ’s loss, one could almost argue Parizeau did more for national unity than any number of die-hard federalists have since then.

Sure, the “ethnic” stuff was a little off-putting. But as the Globe put it in its hagiography for Cherry, “To hold such a passionate voice to a standard of perfection or correctness would be ridiculous. It would be to silence him, and that would be a blow to Canada: anglophone, francophone and no phone at all. His outstanding achievement, dedication to the community and service to the country are beyond dispute.”