Our Newsmaker of the Year: Rob Ford

Also on this year's Newsmakers list: Pakistan's teen activist and the world's most famous astronaut 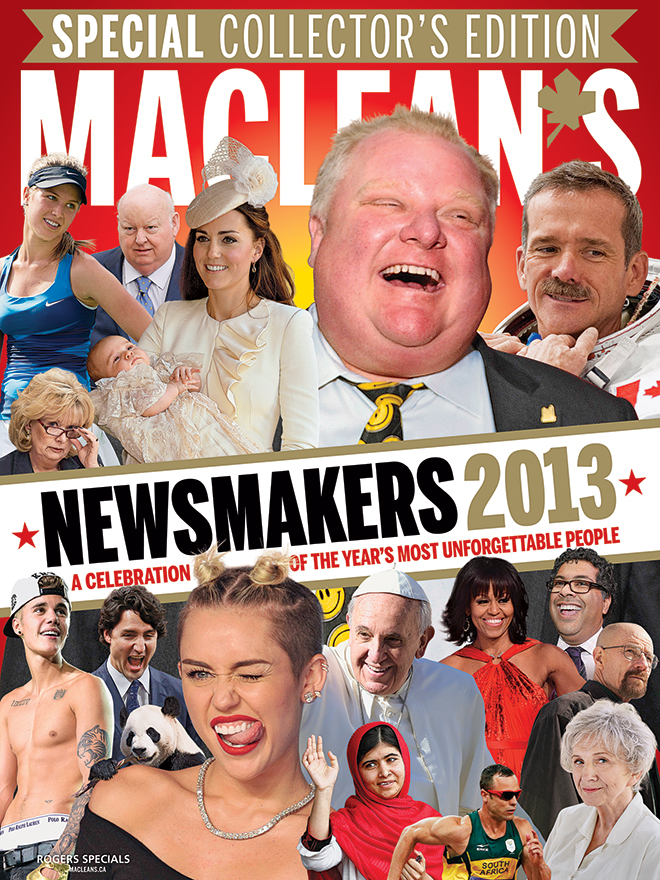 A royal baby was born, a Canadian astronaut inspired the world, a senate scandal engulfed the government—2013 was a year of big stories and even bigger characters. It saw the heroics of a young Pakistani girl, Malala Yousafzai, and the historic arrival of “the people’s pope.”

But there was one figure that captured Canada’s and the world’s attention like no other in 2013, and who we’ve named our Newsmaker of the Year: Toronto mayor Rob Ford.

“Rob Ford was a larger-than-life figure whose story transcended borders. In a year of some great successes and heroics—and some great, roiling scandals—he was impossible to ignore, and the clear choice as our Newsmaker of the Year,” said Maclean’s Editor Mark Stevenson.

Ford is one of six public figures who made our list of 2013’s top newsmakers, featured in a 108-page special Newsmakers issue, on newsstands now.

Prince George: The youngest member of the British royal family is already following a script as the newest star in a top-rated show.

Chris Hadfield: His tweets and photos captivated millions, and made a boy from Sarnia, Ont. the most famous astronaut alive.

Malala Yousafzai: In a world where girls are gazed at more than heard, the steely, articulate teen activist is no less than a revolutionary.

Mike Duffy: Once the Tories’ star money-maker, Duffy emerged in 2013 as the Prime Minister’s most formidable foe.

Pope Francis: He’s electrified millions, and is now making a quiet but radical shift to a more modern Catholic church. 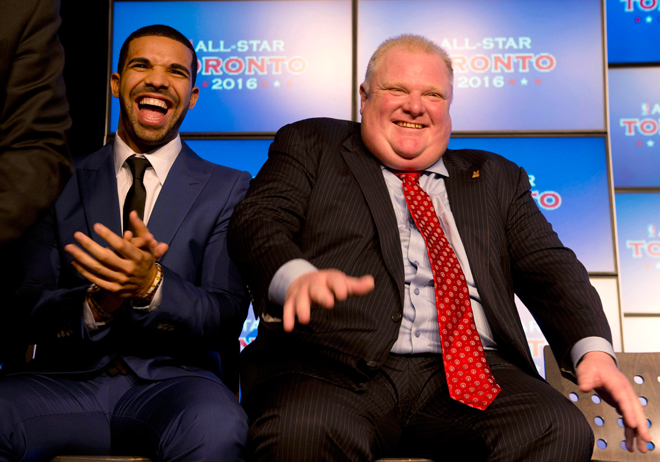 Among other highlights in this issue:

Fights: Leafs vs. Bruins, Madonna vs. Malawi and Nancy Salgado vs. the McDonald’s president

We also asked for your take on the Newsmakers of 2013: who did you believe deserved to be in the top spot?

Toronto’s now-infamous mayor made many of your lists—albeit reluctantly, in some cases—along with a range of other headline-grabbers, from Calgary mayor Naheed Nenshi to Nobel Prize-winning author Alice Munro. Here’s a sample:

FILED UNDER: 2013 in review newsmakers