Irony-free headlines from the recent past 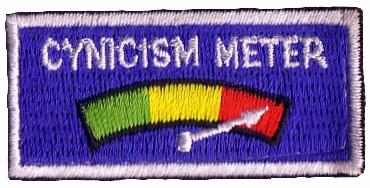 In honour of the current goings on in Ottawa, in which the Liberals and the NDP are planning to form a coalition government with the tacit approval of the Bloc Québécois, DMA humbly presents, without comment, a few choice headlines from the run up to the 2006 federal election–AKA, the last time Canada underwent a ‘national unity crisis.’

Harper risks ‘getting into bed’ with Bloc: Layton

Liberal-NDP marriage to be shortlived?

The unofficial federal election campaign has turned downright racy with charges of political promiscuity and sleeping with the enemy.

Prime Minister Paul Martin and NDP Leader Jack Layton used separate stops half-a-country apart Thursday to deliver a common message: the Conservatives are in bed with the separatists in a fickle attempt to bring down the minority Liberal government.

[Paul] Martin, however, barely broke stride when he reached a rally in Quebec City, where he once again conjured the image of an alliance between Harper and Bloc Leader Gilles Duceppe.