Is Gwyneth vying to be the next Martha? 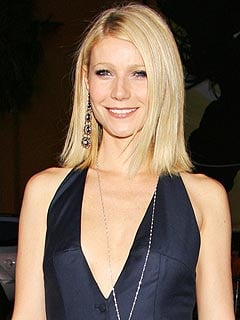 If IQ–or irritation quotient–is any measure, she’s off to a flying start. In what appears to be an elaborate hoax, Gwyneth Paltrow, Madonna’s BFF,  has just launched a new “lifestyle” website called GOOP by Gwyneth Paltrow. (What GOOP stands for is unclear. But, remember, this is the woman who named her children Apple and Moses.) The site’s still under construction but the first newsletter brimming with tips on how women can “nourish the inner aspect” will be sent out to subscribers Thursday.

The well-born Oscar-winner who appears to have that mythical “It All” (two creatively-named children, a thriving career, rock-star husband, a personal trainer she shares with Madonna and killer shoes) will be delivering inspirational pensées to the masses:  “My life is good because I’m not passive about it,” purrs the perfect Paltrow on the site. “I want to nourish what is real and I want to do it without wasting time.” She promises to share “the recipe I made up this week or some thoughts from one of my sages.”  Could this be a rebranding exercise for the actress who turns 36 this week? Paltrow seems  to be in the midst of some kind of public rejig: currently, she’s doing promotion for the upcoming Spain…On the Road Again, the new PBS series in which she and chef Mario Batali eat their way across Spain. On Oprah recently, she played up her domestic side. And just today People was gushing that she (gasp!) cooks for her children.

Time will tell. But it all sounds mighty GOOPY to us.