It's Brady Bunch meets Flowers in the Attic

Except for the braces—and, in hindsight, some pretty limp hair—Marcia Brady, the eldest, prettiest and most popular of the Brady sisters, was the kind of girl who made the teen years suck for everyone else in the early ’70s.

More than three decades later, no one will be too surprised to learn that the pressure to live up to the 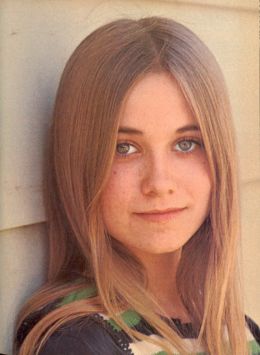 Marcia model was most crushing for the girl who played her on TV, Maureen McCormick. Now 52, McCormick writes about the Brady in her book Here’s the Story: Surviving Marcia Brady and Finding My True Voice. Behind the scenes, McCormick was saddled with the typical child-star rites of passage: family dysfunction, bulimia, and depression. And later, most of the child-star legacy afflictions: cocaine addiction, Playboy Mansion debauchery, abortions and sex for money.

When you consider that the Brady Bunch set was some sort of hothouse of creepy sexual tension, it’s no wonder McCormick was messed up. When she was 16, she fooled around with her on-screen brother, Barry Williams (Greg Brady), while shooting episodes in Hawaii. Williams, meanwhile, is said to have been lusting after their TV mom, Florence Henderson. McCormick also admitted to having feelings for Bob Reed, who played her father, and reports being heartbroken and confused when she eventually found out he was gay. Rumours that she made out with her sister, played by Eve Plum, are exaggerated, she says.

The Brady Bunch‘s backstage hijinks has been gleefully mined for some time now—there is no easier target than an all-American family with cracks in it. But McCormick’s story reminds us of how far we’ve come, at least in one sense: the teen stars of today, as troubled as some of them they may be, don’t have to deal with the burden of living a lie. Thankfully, we have the internet, Annie Liebowitz, and Vanity Fair to ensure that no bad behaviour goes unrecorded. Never again will the real thing be more salacious than the show!