It's the Economy Stupid 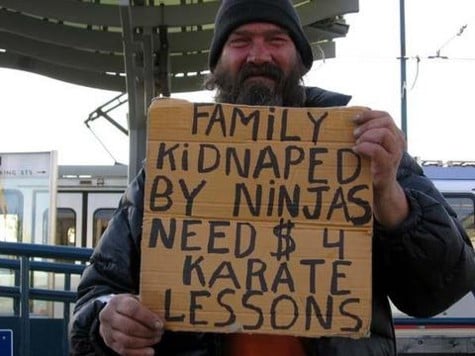 The reality of the world-wide economic panic seems to be slowly dawning on the Olympic movement, whose official motto “Citius, Altius, Fortius” (Swifter, Higher, Stronger,) might more appropriately be rendered as Pony-Up, Suckers.

In Istanbul today, IOC President Jacques Rogge told a gathering of European Olympic Committees that the movement is still healthy, but “the Games are not anymore in a growth mode, they are in a conservation mode.”

Finances are stable, he said, but costs, and the size of the Games must be kept under control. And for the first time, Rogge acknowledged that global sponsors are getting hard to come by. Although the IOC still maintains that it will take in more sponsorship money in the 2009-12 cycle, it will be with 1/3 fewer corporate backers (9 firms are committed, down from 12 in the 2005-08 cycle.) Negotiations with a 10th potential sponsor continue said Rogge, but he didn’t sound very confidant. “If it materializes fine,” he said. “If not, it’s not a big issue.

In Canada, there have been worries that General Motors—a major national sponsor of Vancouver 2010—might scale back its participation due to its financial difficulties (a $4.2-billion US loss in the third quarter alone) but company spokesmen have been delivering a “we’re still on board” message all over the place this week.

Still, times are tough, and it’s starting to show. Jeff Lee at the Vancouver Sun has had a series of stories this week highlighting complaints by sponsors and the world’s media about the “gold rush” prices that VANOC is asking for everything from hotel rooms to tea kettles. Faced with $320 a night-per-bed accommodation costs in Whistler, Coca Cola and NBC have already indicated that they will have their staff and corporate guests make the daily commute from Vancouver, where beds will be in the more reasonable $95 to $177 a night range. And some media organization are considering buying their own office furniture, and then donating it to charity rather than paying VANOC “rental” rates. Are the golden geese coming down with a chill?