Fashion Television host Jeanne Beker was in Ottawa with her mother for the annual Holocaust memorial service on the Hill. The night before, Beker went to 24 Sussex for dinner hosted by Laureen Harper. It was the PM’s birthday that day, but he had already headed to Calgary for business so was not at the dinner. Nevertheless, Beker ran to Holt Renfrew and got him a Salvatore Ferragamo tie with tiny dragonflies on it. 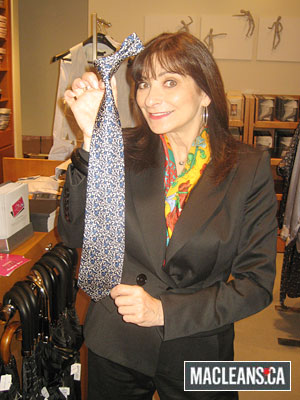 The birthday card she included showed a cat dressed as a police officer that read, “Do you know how fast you were going over that hill?” 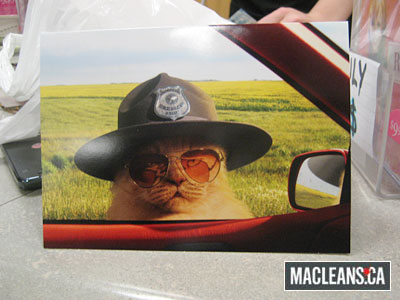 Jeanne’s mother Bronia Beker meets Israeli Ambassador Alan Baker and his wife Dalia at a Holocaust memorial service on the Hill. Bronia’s entire family was suffocated when the Nazis blocked the airways to their hiding place. Miraculously, she was found alive among the bodies and revived by a doctor. 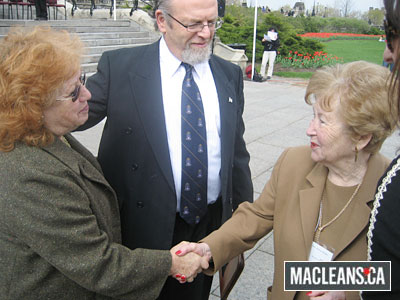 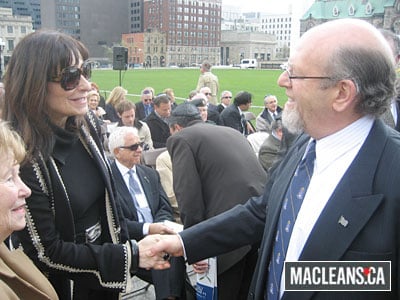 The Bekers with Senator Art Eggleton. 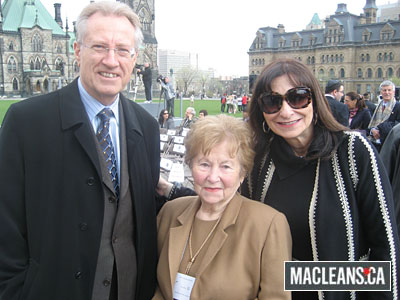 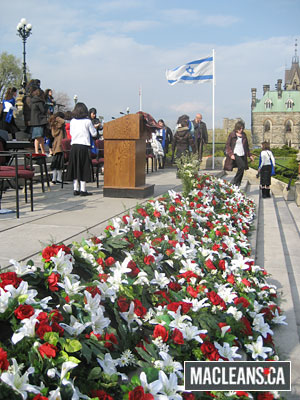 A children’s choir kept their coats piled up beside the steps leading to Centre Block. 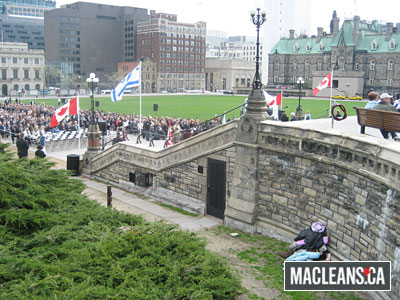 Stéphane Dion sported his Liberal kippah for the event. 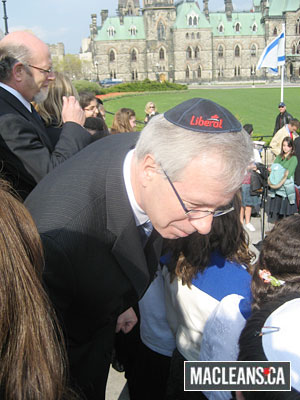