An energetic prankster, he was eager to make people smile. He chased a lifelong dream to fly helicopters, with no regrets. 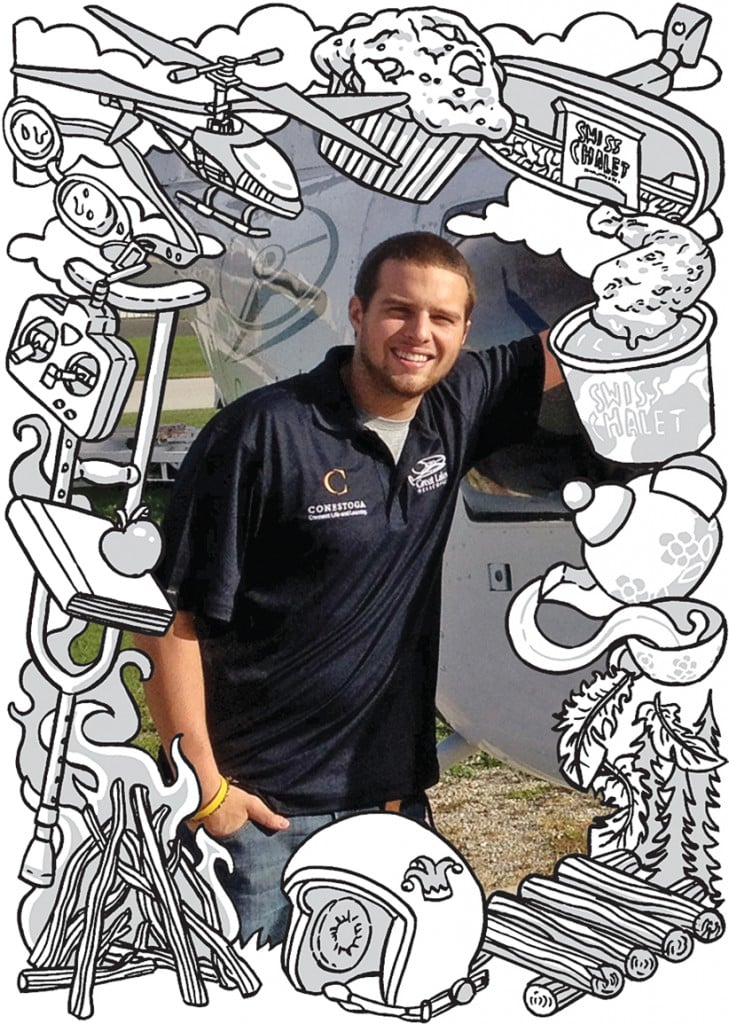 Jérémie Jean Raoul Bélanger was born on Sept. 18, 1990, in Kapuskasing, Ont., to Jackie, a nurse, and André, a supervisor at Ontario Power Generation. Jérémie was the middle child, with siblings Michèle and Mathieu born within 2½ years before and after him.

As a boy, Jérémie was full of energy. At swimming competitions, he was notorious for his muffin-induced sugar highs, which would lead him to beat his opponents, as “Muffin Boy” struck again. His stunts on skis and tackles on soccer fields led him to break a series of bones and teeth, and an attempt at a backflip off the monkey bars in middle school put him in the hospital. “I always told him that extreme sports equal extreme pain,” says Jackie. Jérémie’s pranks were equally extreme: He once hid in the back of his sister’s car as she drove to Swiss Chalet to pick up dinner. Then, at an intersection on the way home, he appeared in the rear-view mirror as a hooded figure, causing his sister to scream hysterically. “We could’ve gotten into a major crash,” Michèle recalls, “but Jérémie would go out of his way to make people smile.”

Nobody really knows what fuelled Jérémie’s passion for helicopters. There were no pilots in the family, and he hadn’t been on a plane until he was 15. Yet, by elementary school, he was doing projects on helicopter pilots, playing with remote-control choppers (sometimes getting them tangled in his sister’s hair), and racing to the window any time one flew overhead. “He wanted to be a pilot from the get-go,” says Jackie. “I thought eventually the fascination would go away.”

It didn’t. After Jérémie graduated high school, Jackie felt he was too young to fly, so he spent three years in a bachelor of science program at Brock University. Jérémie eventually switched to study aviation at Conestoga College and the Great Lakes Helicopter training school, where he spent as much time as possible around helicopters. While training in northern Ontario, Jérémie helped to build makeshift helipads with logs, landed in swamps and responded to signal fires. When his instructors took people on rides at fairs or exhibitions, Jérémie volunteered to give safety briefings. “He was in love with them,” says JoAnne Leyburn, general manager of Great Lakes Helicopter. “Jeremy was meant to be a helicopter pilot.”

Jérémie was also a helicopter friend, always hovering close in case people needed him or simply needed a smile. After joining a men’s soccer league, he often drove multiple hours to show up for games and, in the stands or at team gatherings, played tea party with a teammate’s four-year-old daughter. He encouraged his girlfriend, whom he had met in high school, to get through medical school, and often mentored his classmates to help them understand the material in their textbooks.

Even as an adult, his pranks knew no bounds: He once hid under a classmate’s bed for two hours, then started scratching at the mattress in the middle of the night; another time, he called his grandfather as a suspicious tax auditor; once, he and a friend “borrowed” a chicken from a farm, only to realize the friend was allergic to chicken feathers.

Jérémie knew the risks of flying. During his training, an instructor died in a crash, and the student on board suffered injuries. He called his mother immediately. “Mom, I gotta talk to you before you see the news,” he said. Jérémie explained to her that flying was his passion and he wouldn’t regret his decision if something happened to him.

After flight school, he applied for a job at Apex Helicopters Inc., an agricultural-spraying company in Wroxeter, Ont. Even though he was more than two hours late for the interview, he got the job. “Even if he messed something up, after five minutes talking to him, you forgot why you were mad at him,” says Chris Vankoughnett, the company’s owner. Jérémie’s family gave him his first pilot’s helmet, which became his proudest possession.

On Sept. 11, Jérémie was flying with a co-worker from a camp near Foleyet, Ont. The pair didn’t radio in a flight plan, but left a note saying they had gone to deliver paperwork to another camp. Two days later, they were found dead among helicopter wreckage. The Transportation Safety Board says it may take a year to clarify what happened. Jérémie was one week shy of his 25th birthday.