Alongside ads for crappy bands and gutsplitting posters for the french-language version of Year One, downtown Montreal has been plastered with these pretty little ads: 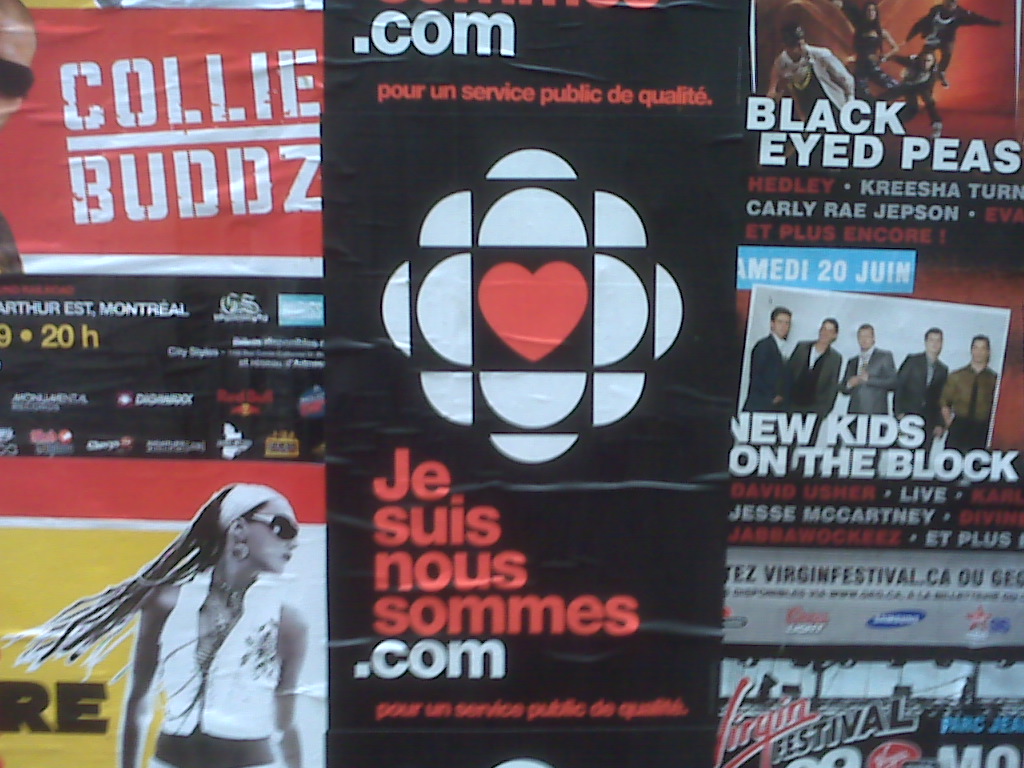 I love the heartified CBC logo. The URL is for real — it’s a website devoted to lobbying for “quality public broadcasting”, i.e. demanding more money from the feds for the CBC. And while it’s nominally dedicated to both the english- and french-language services, the anglo side of the website is relatively underfunded. If you actually want to find out who is behind the campaign, you need to click on the francophone part of the site, where — no surprise — it’s the SRC union’s handiwork.

Anyone seen this campaign anywhere except on posters? I’d love to know the size of the media buy for this.