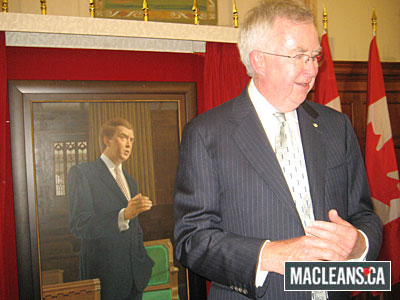 Scott Brison does his best Joe Clark impersonation. Clark got a choice spot on the PM wall. 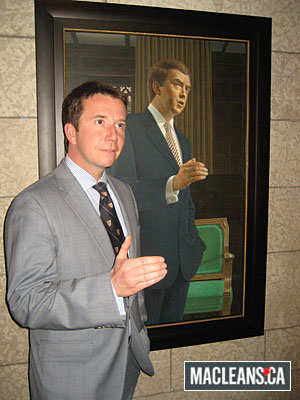 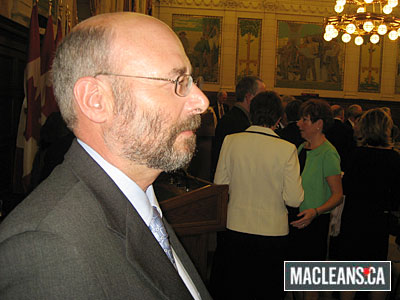 Green party leader Elizabeth May attended the portrait unveiling. Liberal Senator Marcel Prud’homme checks out something on his phone behind her or maybe he’s snapping pics behind May’s back. 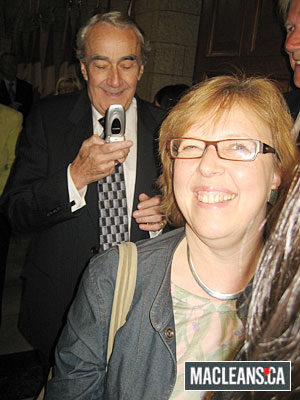 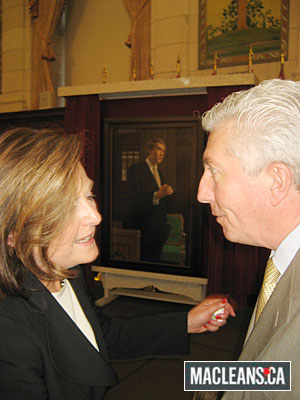 Paul Martin, who still needs a portrait of his own, greets the Toronto Star’s Susan Delacourt before the ceremony. 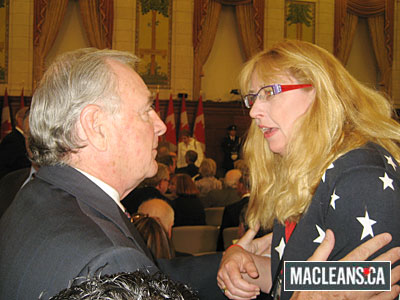 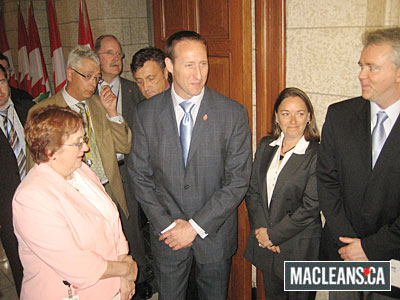 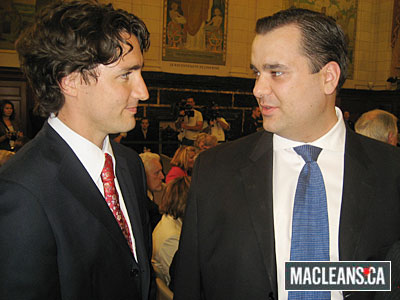 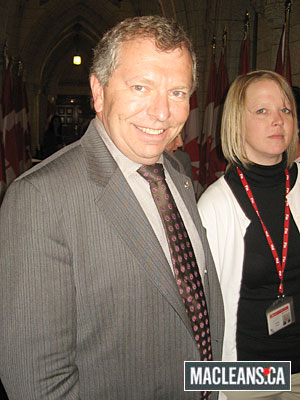