The show's 1960's costumes 'leave very little to the imagination' 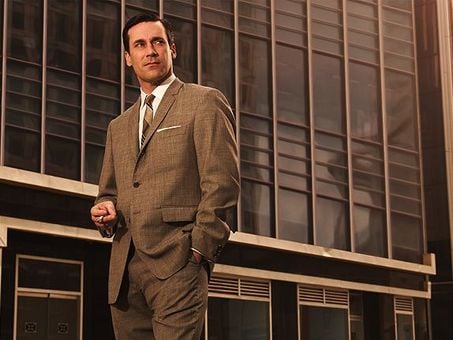 It appears that Jon Hamm has difficulty containing himself.

According to the New York Daily News, the Mad Men star had to be politely prodded by an AMC staff member to start wearing underpants to work.

“This season takes place in the 1960s, where the pants are very tight and leave little to the imagination,” the source at the network told the Daily News. “Jon’s impressive anatomy is so distracting that they politely insisted on underwear.”

The same source also suggested that the problem of containing Hamm is not new: during the first two seasons of Mad Men, “AMC’s marketing team even had to do some Photoshop magic on promotional booklets that went out to press in order to make his privates more, well, private,” writes the Daily News.

Plenty of paparazzi shots of the actor reveal his apparent predilection for going commando off set, as well.

When the Daily News asked Hamm’s publicist to comment, the reply was: “It is ridiculous and not really funny at all. I’d appreciate you taking the high road and not resorting to something childish like this that’s been blogged about 1,000 times.”