Journal de Montreal: xenophobic, lazy or both? You decide! 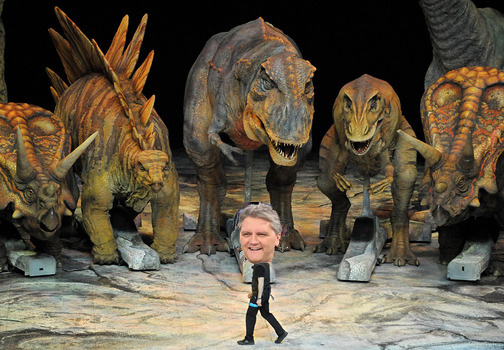 Last week, Journal de Montréal columnist Richard Martineau wrote one of his blah-blah-everything-sucks columns that, as his regular readers will recognize, means it must be Sunday. Or is it Thursday? It can’t be Wednesday: that’s when Ricky attacks the leftists. Or the righties. Or the fact that we just don’t have time for our family anymore. Surely it can’t be Friday already, can it? Look out, Dominique Strauss-Kahn! So much righteous anger, and only seven days in the week to vent it. WHY ISN’T THERE AN EIGHTH DAY IN THE WEEK, DAMMIT?! Blame the socialists!

Anywhoo, Tricky Dick was about half-finished shotgunning away at the apparent Third World awfulness of Montreal—”I used to say Montreal, not Quebec, when people asked me where I was from. Now, I wouldn’t say Montreal even if I was being tortured. I’ll say Bratislava, or Chibougamau.” Oh SNAP!—and was almost at the point where he inevitably blames everything on the socialists when he dropped the following championship-calibre nugget:

The Turcot interchange is crumbling, the Champlain Bridge is about to collapse, Sherbrooke Street is completely blocked en route to the Jacques Cartier Bridge, orange cones everywhere, detours, dirty connector streets transformed into one ways, an English community that acts like Bill 101 never existed—bloody hell, in effect.

Yes, you read correctly: like traffic cones and rickety bridges, Montreal’s English community is making life distinctly un-peachy for everyone. I already had the gun about an inch down my throat—I hate being a burden, after all—when I remembered: Richard Martineau has done this sort of lazy, cut-rate Anglo bating nonsense before, hasn’t he?

Like, say, a month and a half ago, when he said two NDP candidates “couldn’t speak a word of French”, when this was demonstrably untrue? And, while he half-apologized in the case of one, he neglected to do the same for Ruth Ellen Brosseau, whose French is so terrible that she managed to do a seven-minute live radio interview en français?

Or last summer, when an exchange with a unilignual English Air Transat employee prompted a spat of monumental self-flagellation? “[Quebec] is the only place in the world where people have their feet walked on and then apologize.”

Or about a year ago, when he dropped the following nosebleed generalization: “According to English Canada, Quebecers are racist because they believe in secularism.”

Or two years ago, when going off on the alleged nerve of English people for forcing French Quebecers to ‘Speak White’, he offered as evidence this brilliantly documented anecdote: “It’s always the same story. Six Francophones have a beer with an Anglo and the Anglo doesn’t speak French? The six Francophones speak English so that he feels less alone.”

But back to Montreal’s present-day English population that, according to Ricky’s bon mots, is apparently living in secluded, French-free splendor . Alas, reality doesn’t quite square with his words. According to Statistics Canada, “nearly seven out of 10 Anglophones (68.9%) reported knowing both English and French in 2006″—an increase of 12 percentage points since 1991. To quote a recent Senate report on the status of Quebec’s English population:

To remain a dynamic part of Quebec society, the English-speaking population in Quebec has to be extremely adaptable. Its desire to live and flourish in English is weighed against its desire to fully participate into Quebec society. This is one reason why the rate of bilingualism within the population whose mother tongue is English has continually increased over the years.

Whoops! Stupid facts, getting in the way of another phone-it-in rant.

The Gazette’s Macpherson dared suggest that Martineau’s quip was xenophobic. Maybe—or maybe this is what happens when you have to package your blind rage in column form nearly every day of the week. Nice work if you can get it, I guess.