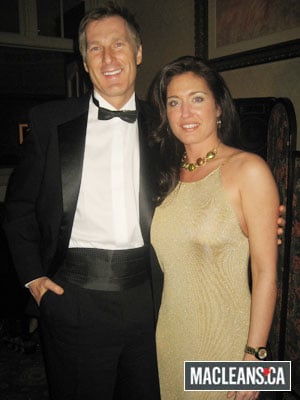 Now that Maxime Bernier’s former girlfriend’s memoir has been wrung dry for its scant political dirt, let’s put it where it belongs: in the self-help section. That’s because My Story is a brilliant, if unwitting, reverse dating manual, the ultimate how-not-to book. With unfailing instinct, Julie Couillard hooks up with a parade of no-good guys who leave her heartbroken or just plain broke.

The top ten lessons to be gleaned from her woe-begotten travails in the dating trenches:

1. If you don’t want to meet bikers, don’t hang out in biker bars.

2. If your knight-in-shining armor can help you break into your apartment when you’ve locked yourself out with “tools” he carries around in the back of his truck (as did her former boyfriend Giles Giguère, the “love of her life”) and he’s not a locksmith, odds are he travels in unsavoury circles.

3. Don’t lend money to men with whom you’re involved (especially if you’re being asked to fork over cash to buy your own $12,000 wedding ring).

4. A fairy-tale wedding like the one Couillard staged with her ex-husband, the ex-biker and ex-drug dealer Stéphane Sirois which featured the same Rolls Royce rented by Céline Dion and René Angélil never ensures a happily-ever-after ending.

6. Always have enough money of your own so you’re never stranded in Venice with only $100 left you by a the lout who look you on a lavish getaway.

7. Mixing business and pleasure can be toxic to both relationships.

8. If you bide your time with low-lifes you’ll squander better opportunities (at one juncture, Coulliard’s so involved in a go-nowhere affair with a married man who aspired to a “James Bond lifestyle” she doesn’t bother to indulge in a flirtation with the actor Gabriel Byrne).

9. Dashing men (like Bernier who saw himself “more as movie star than politician” according to Couillard) can dazzle then fizzle: the banal truth is that handsome is as handsome does.