Justin Bieber's neighbour says singer attacked him and why can't he keep his shirt on? 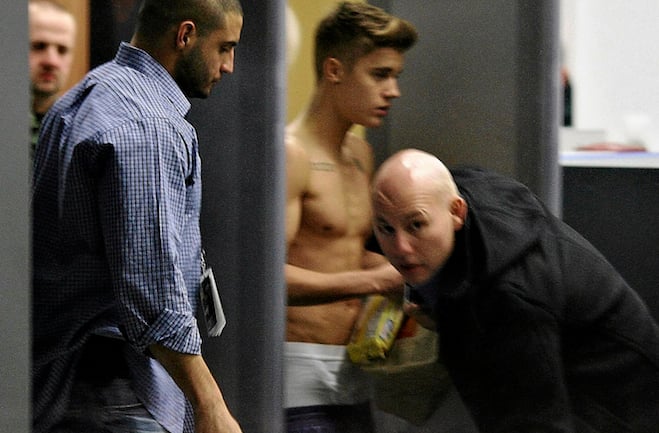 Bieber at the airport in Lodz, Poland on March 25, 2013 (Tomasz Stanczak/Reuters)

The LA County sheriff’s department is investigating claims that the pop star attacked and threatened  a male neighbour.

At first, TMZ reported that the “intense” fight was over a party. Sources connected with Bieber’s security team told them that “the neighbour came on to Justin’s property and began screaming that while Justin was away [overseas] there were people at the house throwing loud parties.” These same sources insist there was no physical contact between Bieber and the neighbour.

But then another source from the neighbourhood told TMZ that the fight was over a Ferrari: “We’re told Bieber had the car delivered to his home last night on a flatbed truck … and this morning, he was racing the vehicle up and down the streets. The neighbour was furious about the deafening noise AND felt Justin was endangering the community by tearing through the streets at breakneck speeds.”

The Canadian singer arrived in Poland on Sunday night and performed on Monday night but TMZ reports that he was back home yesterday morning. 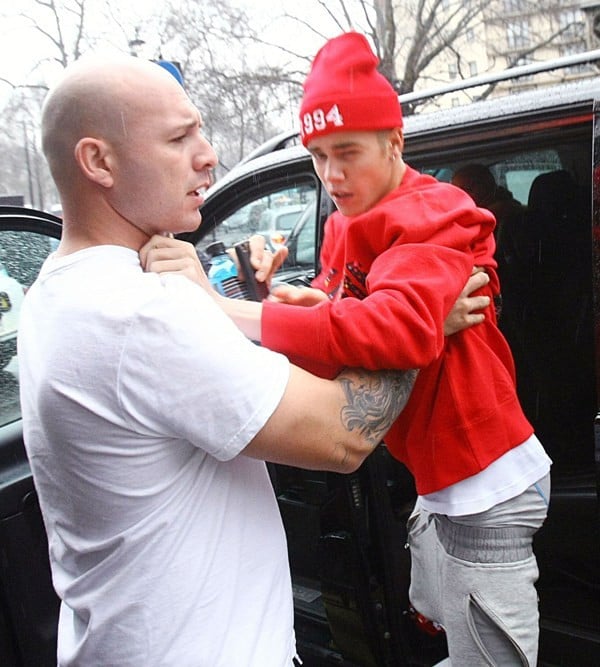 Since his European tour began, the teen star had an Instagram meltdown, was kicked out of a nightclub on his 19th birthday, started a show in London nearly two hours late, collapsed on stage at another London show, fought with photographers and cancelled a show in Portugal.

Bieber can’t seem to keep his shirt on—both literally, like at places such as airports (see above) and figuratively, like when he attacked and hurled expletives at a photographer in London and had to be restrained by one of his handlers, which resulted in maybe the best photo so far of 2013.