Justin Trudeau’s one-year-old son, Xavier, was with his dad at the swearing-in ceremony and seemed to be able to wave on cue. 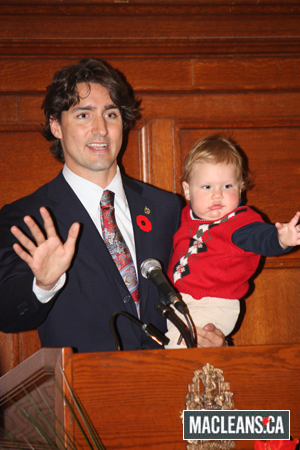 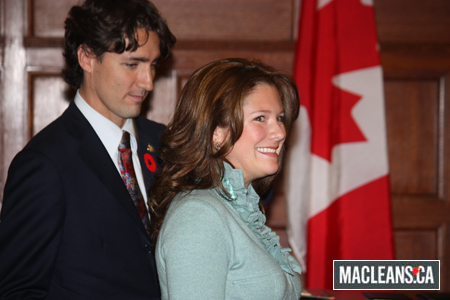 So did his mother, Margaret. 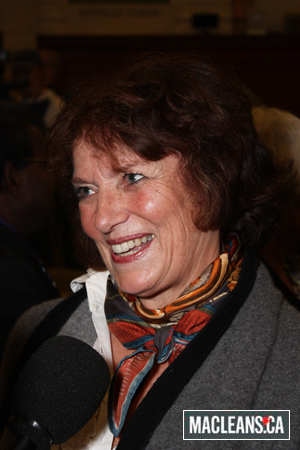 Margaret watched Xavier for part of the ceremony. 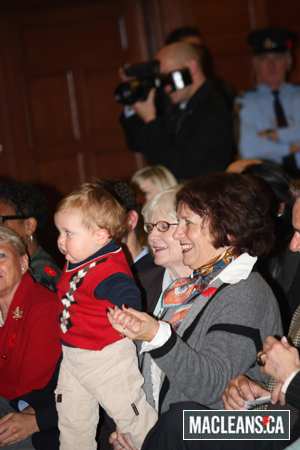 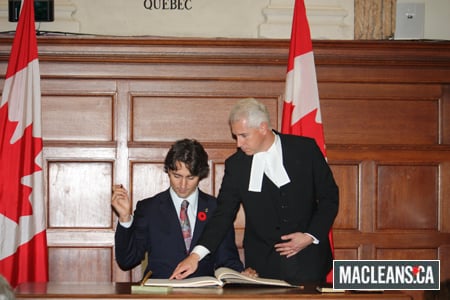 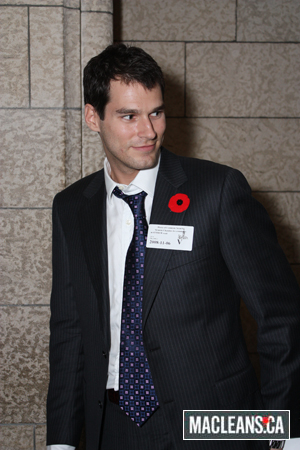 The swearing-in ceremony was followed by an Indian buffet. 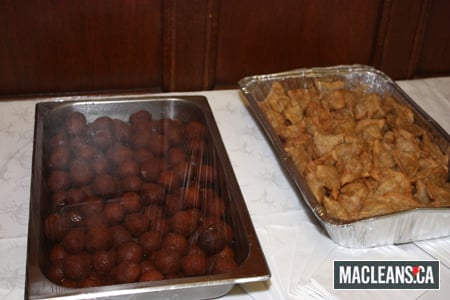 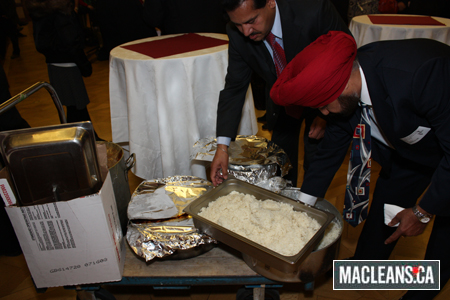 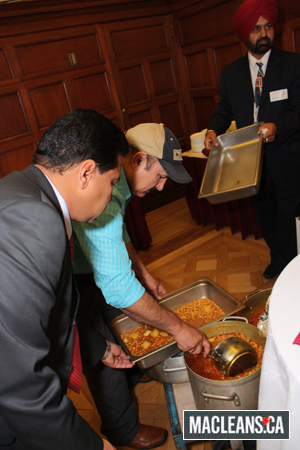 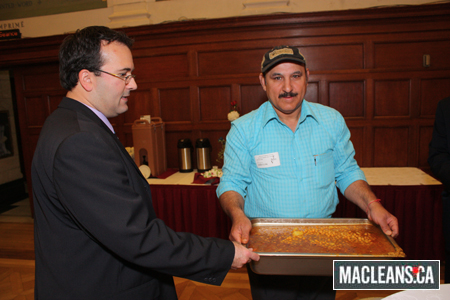