Immigration Minister Jason Kenney spoke about human rights and terrorism at the University of Toronto at an event co-sponsored by the Jewish student group Hillel and U of T’s Campus Conservatives. 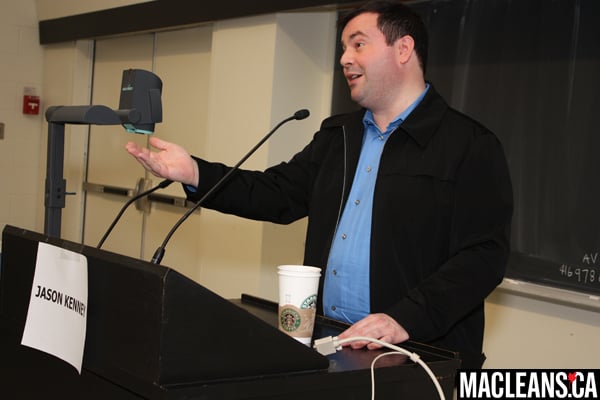 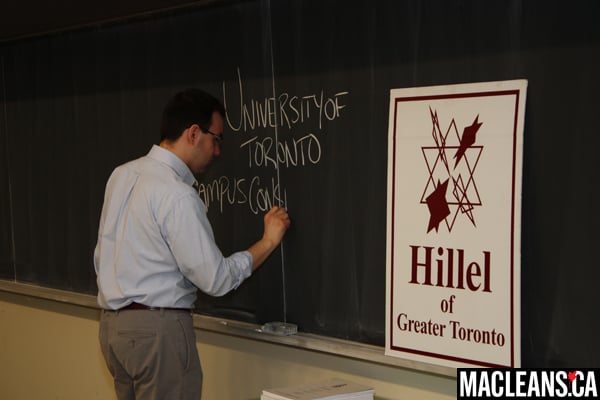 Kenney chatted with the students. 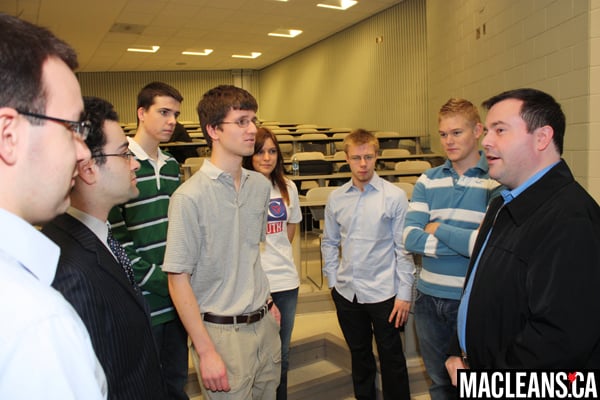 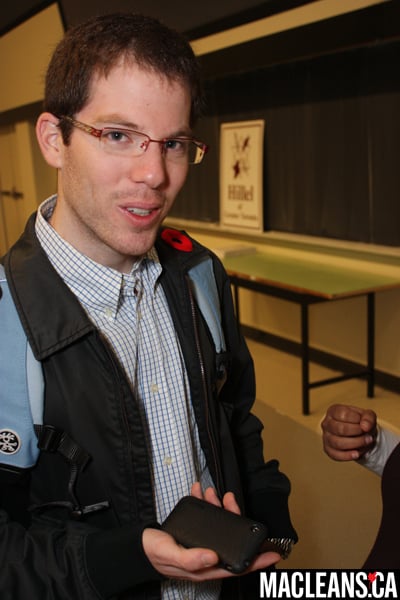 Outside the building was Kimberly Rivera, the first female Iraqi war resister to flee to Canada. She has been petitioning the minister to let her stay in Canada. She brought her baby into the talk for a while too. 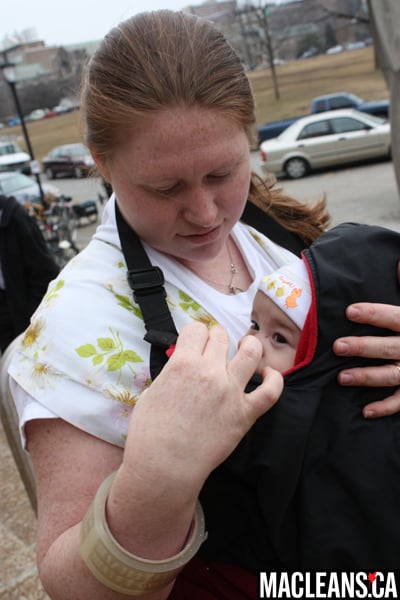