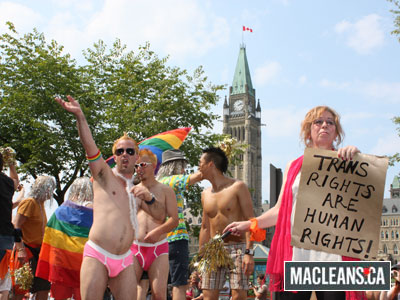 As summer wound down in Ottawa, the Capital Pride parade made its way down Wellington Street past the Supreme Court and Parliament buildings. 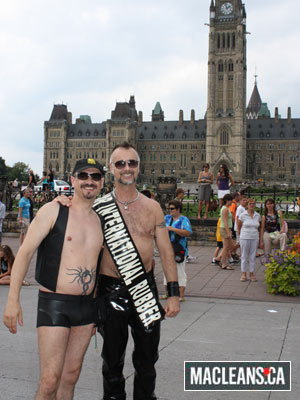 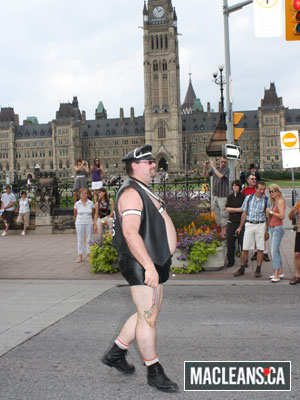 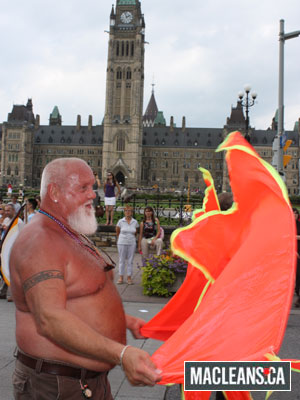 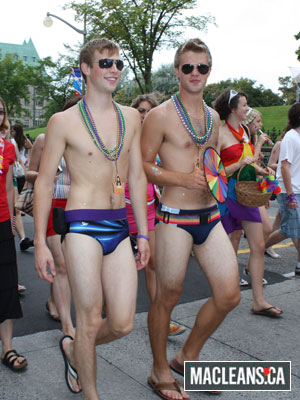 The NDP was out in full force. 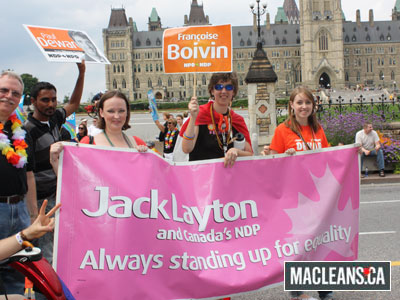 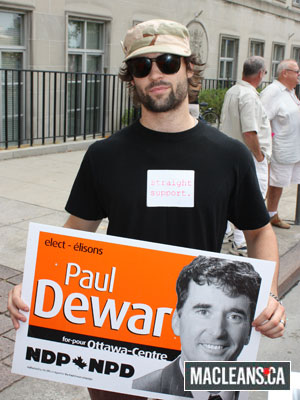 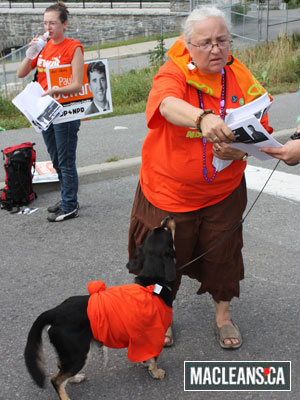 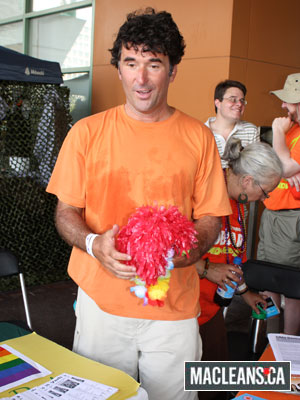 The Liberals had a strong showing. 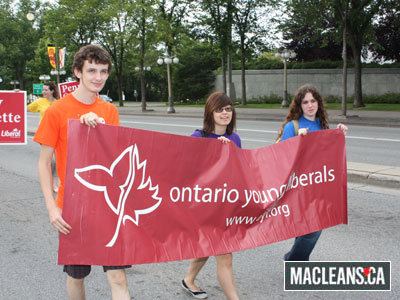 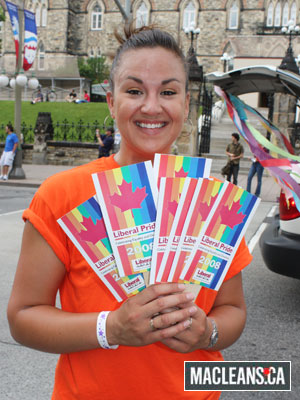 The Ontario Young Liberals gave out green condoms with the slogan: “The Environment needs protection and so do you.” 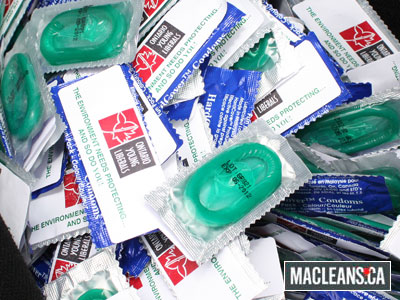 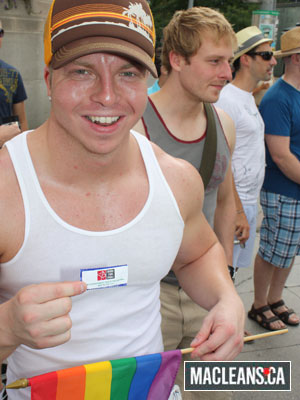 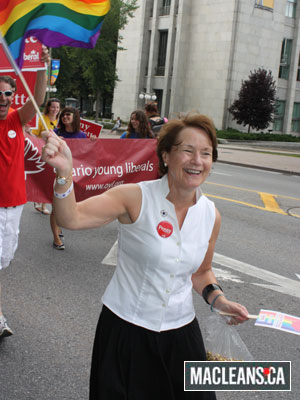 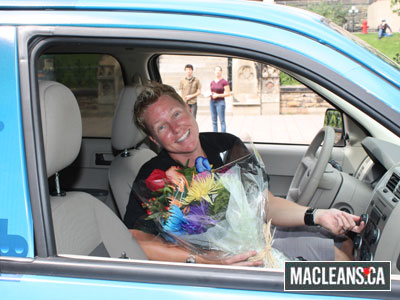 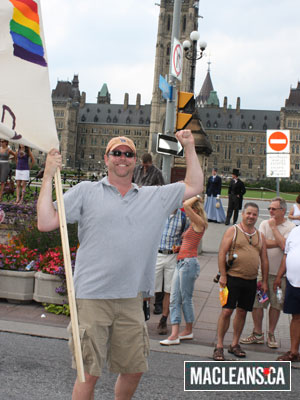 All sorts of groups were represented, including the Wabano Centrefor Aboriginal Health. 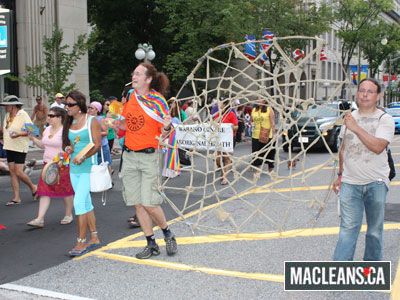 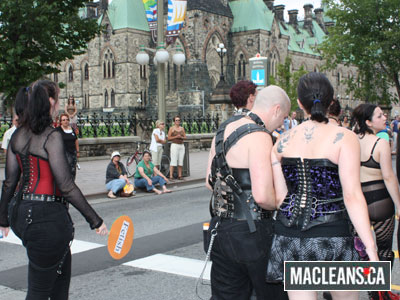 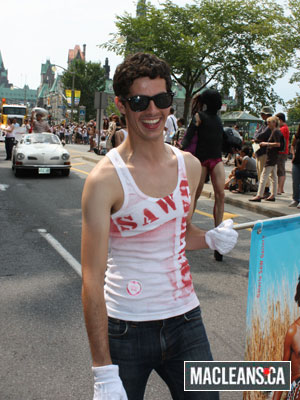 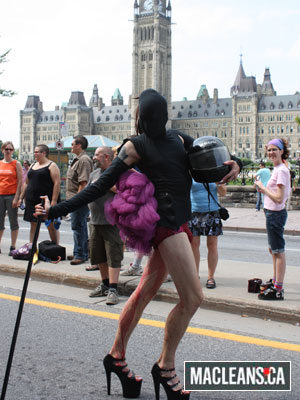 The local gay hockey group is seen here under Stephen Harper’s office (no word yet if they’ll make it into his book on hockey). 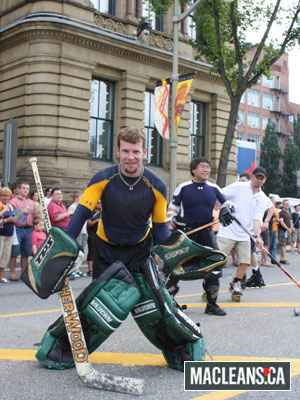 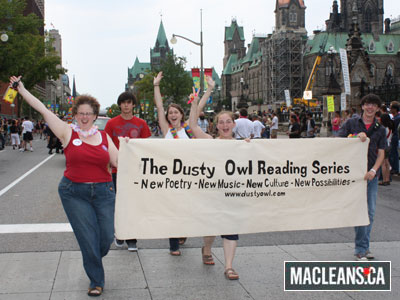 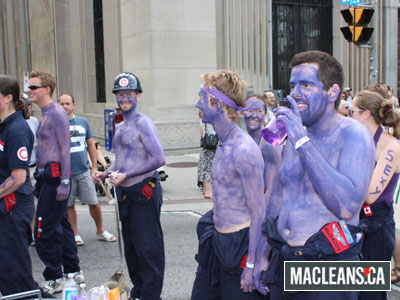 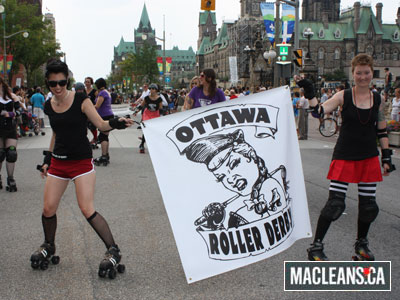 The Christian groups had some great signs. 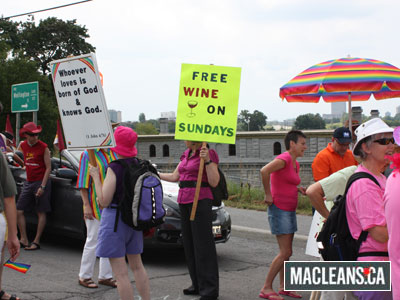 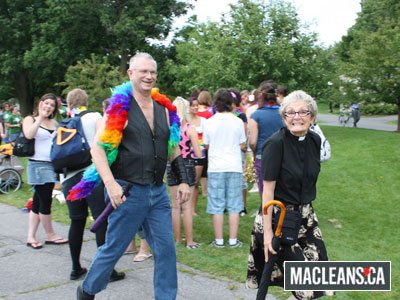 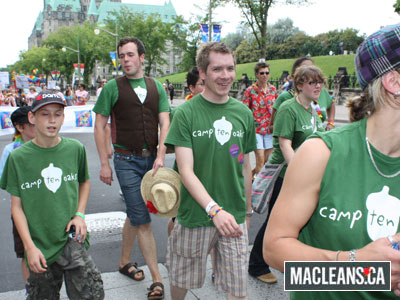 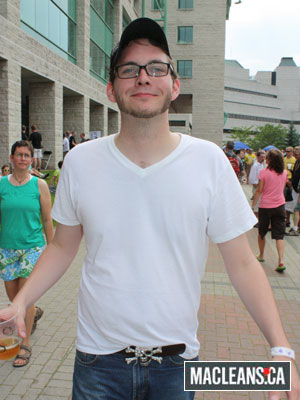