Letters: 'Buy him out and we’ll see the light' 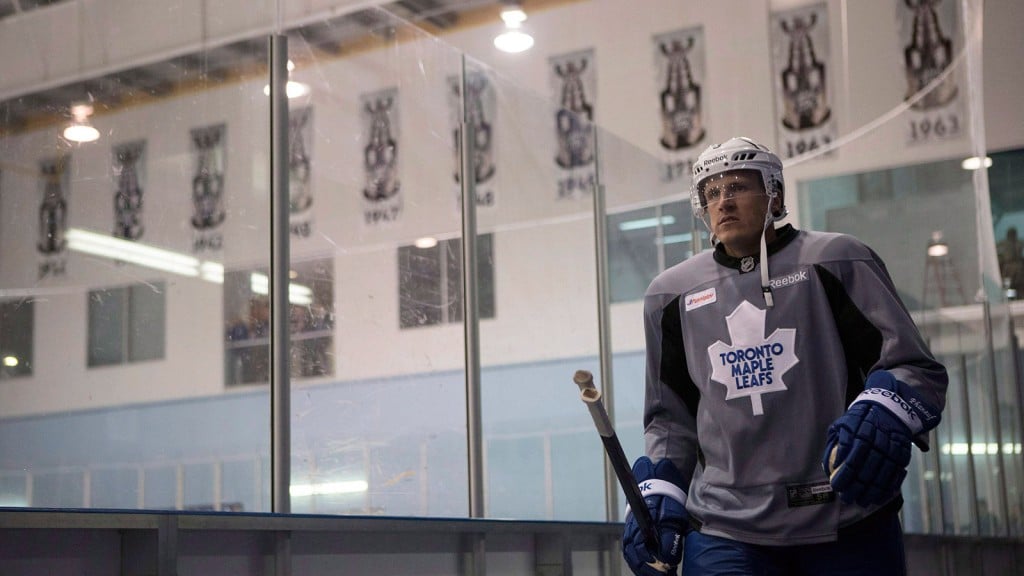 If there were a cup for the most futile pro hockey team featuring player mediocrity, dismal coaching and world-class managerial greed, the Toronto Maple Leafs would win it every year. “I have to be better and I will,” says Dion Phaneuf, 17th captain of the Leafs (“Moment of truth,” Inside the NHL, Oct. 13). This could be the slogan for the whole team and should hang in their dressing room. After almost half a century of waiting, I doubt I will live long enough to see the Leafs actually get better.

Not only does Dion Phaneuf have to improve, he has to leave. When you compare Phaneuf with the other eight of the Top 10 highest-paid defencemen (you have to excuse Andrei Markov because of his injuries and few games played), you’ll see why not only should he not be getting paid what he does, but he should not even be a No. 1 or 2 defenceman. Since he has been in Toronto, Phaneuf has had twice the number of penalty minutes as the other top eight, and he is last in points. From looking at the stats and from watching his play over the past few years, I can only see the Leafs taking a big hit by signing him on for the long run. I do not see the mentor that the rookies need or the captain that the Leafs need, the captain who can stop a team from sliding to the bottom of the standings. Buy him out and we’ll see the light.

In the article “New girl, go girl” (Society, Oct. 6) by Anne Kingston, high school dress codes are cited as an instance where girls are fighting back against being marginalized. Really? Schools, like businesses, for that matter, have the right to set a dress code and reserve the right to enforce it. If they require that the girls’ shorts or skirts be of a certain length, so be it. At the same time, they are likely also requiring the waistlines of boys’ pants to make it to their hips, and not sag below the bum line. This has nothing to do with “disrespect” and everything to do with accepting a certain amount of conformity and standards set by the institution they are attending. I don’t see this as a feminist fight, and teenagers are doing themselves no favours by focusing on this as a “battlefield.”

So, like, I walk into my Grade 12 class and go, “Look, girls! You’ve made the cover of Maclean’s. You’re a force to be reckoned with. And some gal who’s an expert on teens goes, ‘This is without question the best time to be a girl in history.’ ” And, like, someone who was listening goes, “Whatever,” before going back to texting a friend.

I understand exactly how Alan Sellathamby feels (“A view to a skill,” The Jobs Report, Oct. 13). I am over 50 years old, and I have been underemployed for 30 years. I have lived through four recessions since high school and, during that period, I have only worked for about four years for a “living wage.” I also have postsecondary education, including a B.A. and an office administration diploma. I am looking for a full-time permanent job, for the next 15 or 16 years, with one employer. Virtually impossible nowadays, I know. If our government does not do something substantial soon, then, in the next 20 years, Canada will be populated by more poor seniors without pensions or RSPs, more poor youth who cannot pay their student loans, and more poor working-class people who cannot pay their taxes.

Really? Job-market entrants think they can take whatever degree they want, and then employers should train them? What about a little common sense? I can tell you how to find employment. Simply start looking for work in areas of your choice. Phone employers and do research. Are there any jobs? What skills and education are required? Obtain those. The world may eventually provide the job you’d like to have, but you have to prepare yourself for it, and not simply by jumping into an education without knowing where it will lead.

There are a lot of reasons why many of our university graduates are unemployed. High school guidance counsellors have no knowledge of what skills are needed. They have been downsized into handling problem students. Then we cut funding to Statistics Canada, which means we have lost the ability to focus on where the shortages are and will be. At universities, a large number of professors are tenured to teach social studies and the arts, whether or not there will be any gainful employment for students after graduation. Think of the students themselves, the YOLO (you only live once) generation. They don’t want to spend time learning how to do something. After a few months on the job, they are already looking for promotions. I applaud the kids who are working hard in apprenticeship programs. They will get jobs—and good ones.

It seems there was a time when the education system and its principals exemplified integrity and had the best interest of their students at heart. No more. One gets the impression that our already highly paid school administrators and teachers are satisfied with the status quo without having misgivings about gouging students. Considering the grim prospects of decent employment for future generations, this is immoral. With just a few Canadian universities in the top 20 worldwide, our so-called prestigious institutions continue to market costly, redundant programs to vulnerable students while failing to teach skills required for the future. In collaboration with businesses, our public education system needs to innovate on many levels for students to maximize their potential in an ever-challenging economy.

Reading the article “Trading places” (The Jobs Report, Oct. 13) brought me so much comfort and excitement. I’m currently a senior high school student. I’ve always succeeded in academics and it’s been expected that I would attend university. However, I’m a natural problem-solver and adore working with my hands. I’m often burdened by the misconception that trades are for students who “don’t do well in school.” As the article highlighted, the trades require a range of skills, from mathematics to sciences, and an understanding of modern technology. I realize the prosperity skilled trades can lead to, and genuinely believe it would be a rewarding and satisfying career choice. Grades should not determine a student’s pathway; anyone with ambition could benefit from such a decision. Likewise, the article provided me with encouragement, knowing that the attitude toward the skilled trades is slowly but surely changing for the better.

I remember talking with a young man who had just graduated with a bachelor of arts. He complained that he couldn’t find a job and was going back to university to take a management course. I told him to be an electrician or a plumber. He looked at me as if I had told him to run naked through downtown Edmonton, which only underlines the attitudes that tradespeople deal with regularly.

Luiza Ch. Savage’s article on President Barack Obama’s stake in the November U.S. elections (“Obama’s last chance,” International, Oct. 6) ridiculously refers to “the vice-president, Joe Biden, who would be transformed (in the event of a tied Senate) from an official of little significance to one of the most powerful men in the country.” The American vice-presidency has not been “an office of little significance” since George H.W. Bush’s veep, Dan Quayle, held the office. Think back a few short years to how influential Dick Cheney was under G.W. Bush. Joe Biden has been quite influential and outspoken. In fact, his honest, unscripted comments on gay marriage in 2012 led the way for Obama himself to come out in favour of it.

Let’s peek at all paydays

The topic of debate in the “Peeking behind paydays” (Oct. 6) article is really disappointing. It fails to capture the complexities and context of Canadian Indigenous politics, detracts from the noble efforts of activists to improve failed attempts at reconciliation, and lacks a vital comparison to other political leaders—who, by the way, not only enjoy similar salaries and expense claims, but have their fair share of scandals.

On the international stage

The article discussing the play Helen Lawrence (“Vindicated,” Stage, Oct. 13) talks of “the prestigious Edinburgh International Festival, where a Canadian theatrical production has never previously played.” I distinctly remember seeing Christopher Plummer as Henry V in a Stratford production at the Edinburgh International Festival in 1956. I also remember seeing George Ryga’s The Ecstasy of Rita Joe, produced by Western Canada Theatre, at the Edinburgh Fringe Festival in 1972, where it won an award.

Your article “Old and loaded” (Economy, Sept. 15) and subsequent letters responding to it all fail to mention the effect the cost of government has played in the disparity between seniors and younger generations. Yes, seniors were able to save because governments—federal, provincial and municipal—did not cost as much, not just in direct personal taxes, but also in the cost of things we bought. What is the total cost of government, via taxes, in a litre of gasoline, a heating bill, a basket of groceries? Canadians have allowed governments to balloon out of control.

Patricia Treble writes a very good review of Rhonda K. Garelick’s biography about Nazi collaborator Coco Chanel (Books, Oct. 13). Especially interesting was Chanel’s attempt to seize control of Chanel No. 5 from the Wertheimer family, who were exiled because they were Jews. Particularly interesting is how Treble notes that “the wily businessmen outfoxed her.” I wonder why Treble had to use that phrase. Those Jews had a right to ownership, but could not because of the totally corrupt French judiciary acceded to the Nazi Nuremberg laws.

It’s truly an annoying and tiresome misnomer to refer to China’s government as “Communist” (“Mission impossible?” International, Oct. 13). The only notable characteristic of the People’s Republic of China’s Communist Party (supposedly based on Marxist socialism) is its governing practice of physically brutal totalitarian rule over its populace, and especially that of Tibet. Almost everything else practised by China’s government is based on capitalism, smug wealth and greed.