Letters: 'Love for all, hatred for none'

Maclean's readers write in about the killings in Paris 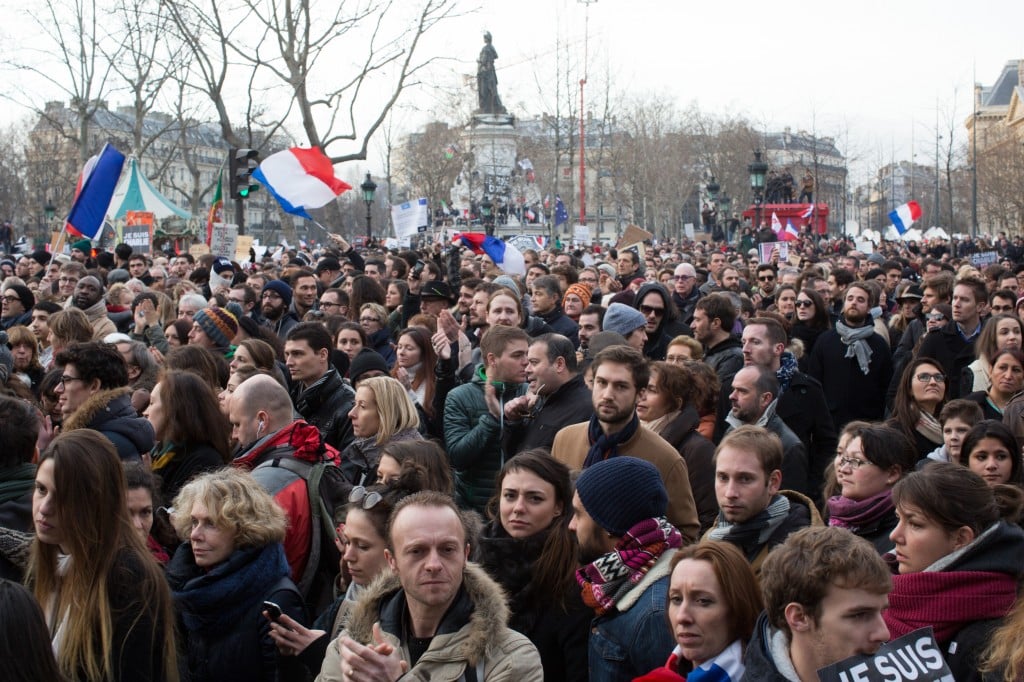 As Maclean’s has sorted through the tragedy of the 17 lost lives in Paris, including the 12 killed in the shooting in the Charlie Hebdo offices, our readers have responded in droves. Here’s a sample of the range of responses on this highly divisive issue. Click here for some of our coverage so far.

To the terrorists in France who attacked and killed others, I can only say this: if your faith can be disrupted or come under attack by a drawing, you had very little faith to begin with. I am a Muslim and these misguided and violent actions are more abhorrent to the faith than the sketches of a satirist. Do I feel upset when the Prophet Muhammad is drawn in a demeaning way? Would you not feel upset if your mother or father were insulted? I would feel the same way if demeaning drawings were about Jesus, Krishna, Buddha, Moses or any of the prophets and messengers of God, just like anyone would if someone they loved and respected were insulted or publicly demeaned. But I would follow the teachings of Islam and the actions of the Prophet: Love for all, hatred for none.
– Harith Chaudhary, Maple, Ont.

The actions of these attackers have caused more dishonour to the name of Prophet Muhammad than any cartoon ever did. I disagree with the cartoonists completely, but more importantly I condemn the barbaric attack committed by the attackers of Charlie Hebdo. I’m more offended by groups like ISIS, Taliban and al-Qaeda than any anti-Islamic cartoonists out there. These so-called Muslims claim to love Prophet Muhammad, yet ignore his teachings. Prophet Muhammad once said, “And beware of going to extreme matters in religious matters, for those who came before you were destroyed because of going to extremes in religious matters.”
– Fasih Malik, Calgary

The horrendous Charlie Hebdo attacks have yet again awakened a sensitive and grave issue. The liberal world must again rethink the boundaries of free speech, and others must again mourn at the deplorable state of extremists, be they Muslim or not. It is never the right of citizens to take the law in their own hands. A response so heinous as to take a life is in stark contrast to my faith and humanity. I am appalled, as an Ahmadi Muslim, yet again, at the case of those who associate themselves with Muhammad. Being a victim of inhumane persecution at the hands of fellow “Muslims” in Pakistan has awakened me to the horror that so many people across the world live in every day. But my response is not hate. Being a liberal Pakistani Canadian, my response to is to show the true face of the Prophet to others, to not prove them right by doing exactly what I am being accused of. My sympathies and prayers go out all those hurt by this incident.
– Omar Farooq, Calgary

In response Scott Gilmore’s column “Paris shooting: Leaving Islam behind,” it is true that with every act of terror Muslim nations are left further behind. But the Islamic faith is not the reason for this regression. It is the refusal of Muslim nations to practise their faith in the light of logic, reason, compassion and good will that has left them bereft of the qualities that once enabled them to create one of the most intellectually rich, socially inclusive and scientifically progressive empires in world history. It was the essence of the Islamic faith that propelled them then—its call for unity, justice, knowledge and compassion and its recognition of human rights. Not faith-based rights, but human rights. It is Muslim nations’ refusal to recognize their faith for what it is and their despicable use of it for political power plays that has left the Muslim countries stranded in the desert, far from the Oasis that once nurtured them.
– Rabia Mir, Milton, Ont.

I find it discouraging that you did not stand in solidarity with other news agents by print the Charlie Hebdo cartoons. These images were crucial to the story and must outweigh anyone’s sense of offence. The fact that you were too cowardly to print them is shameful, as are so your excuses for not doing so. By not printing the cartoons you have let the terrorists win.
– Andrew Emde, Ottawa

When I heard the horrific news of the shootings in Paris, my heart sank and my fear was confirmed when the reporter mentioned that “jihadists and Islamists” were the ones responsible. As a Muslim who spent his whole life in Canada, it hurts me to see that our efforts to strive and show the peaceful picture of Islam is immediately smeared by these so-called “jihadists and Islamists.” These Muslims are just as much Muslim as the Westboro Baptist Church is Christian. I want to stand together with the citizens of France in condemning this massacre. I will continue to share the beautiful picture of Islam which teaches that if you have killed one man, unless it be for causing disorder in the land, it is as if you have killed the entire mankind. My thoughts and prayers go out to the victims and families affected by this heinous crime.
– Adnan Mangla,  Woodbridge, Ont.

Kudos to Barbara Amiel for her refreshing column on free speech (“Islamists won’t kill free speech—we will”) and the Quebec newspapers who reprinted the Charlie Hebdo cartoons for their honesty and bravery. If the TV and print media refuses to show Muhammad pictures—the very essence of the news story—they should really be in radio instead. Yet every chance they get they’ll show the “Je suis Charlie” graphics, falsely riding on the coattails of freedom of expression. It’s insulting and hypocritical.
– Edward Yatscoff, Beaumont, Alta.

The recent attacks on Charlie Hebdo have shook our hearts and minds immensely. There is simply no room in Islam for any kind of extremism. The biggest witness of this would be the Founder of Islam himself. An old lady used to toss garbage at Prophet Muhammad every day when he walked by her house. He would continuously have to go back home to change his clothes. One day, the Prophet passed by that same street and saw that the old lady wasn’t there throwing garbage at him. He inquired of her whereabouts and found out that she had been ill. He immediately went to her house to offer her help. She was humbled and ashamed of her actions, and realized how great of a man he really was. This is how he treated those who harmed him: with forgiveness, not with extreme acts of violence.
– Saad Malik, Richmond Hill, Ont.

I was finally getting over the Peshawar attacks when I was hit with horrific news of barbaric attacks made by extremists, this time in Paris. Let’s face reality: Islam seems to be facing lots of problems. ISIS claims to be fighting for the re-establishment of the caliphate. Extremists are radicalizing innocent youth. But there is a counter-narrative being written by the other one billion Muslims around the world. As barbaric as the recent attacks of terror are, it is equally barbaric and damaging to think that Islam encourages such actions or preaches such a message. I, born as a Muslim, have never come across anyone teaching or propagating the message of hate and terror. On the contrary, I have been taught the message of Islam, which happens to literally mean peace.
– Bilal Malik, Vaughan, Ont.

This egregious cowardly act has left me in shock and anger. As an Ahmadi Muslim, I find this display of rabid bigotry at loggerheads with the proverbial benevolence that Muhammad showed to even his most ardent detractors. The head of Ahmadiyya Muslim Community has repeatedly denounced such acts of barbarism that blot the very name of Islam and the Prophet. Through initiatives such as the Stop the Crisis campaign our community has vociferously confronted radicalism in Canada. As we mourn the loss, we pray that soon our collective efforts against radicalism would bring an end to such brutal occurrences.
– Syed Salman Bashir, Vaughan, Ont.

God uses bad people to destroy other bad people. What goes around comes around eventually—and sometimes in a magnitude greater than that which was originally dispatched. Payback is a bitch! Je ne suis pas Charlie. The right to wave my fist ends where the nose of my neighbour begins, just as the right to wield one’s pen ends where bigotry and prejudice masquerading as free speech begins. With freedom comes responsibility and morality. If the editors at Maclean’s feel so strongly about freedom of speech, then I dare you to publish caricatures of blacks and Jews and other assorted minorities in your magazine.
– Patrick LaCherie, Montreal

“We have avenged the Prophet Muhammad.” These words, reportedly proclaimed by terrorists while attacking Charlie Hebdo, invert the true teachings of Islam. No doubt, Charlie Hebdo’s portrayals of such a revered and holy figure, whose sanctity as a prophet is insurmountable in Islam, are nothing short of offensive. However, this is not the first time that the Prophet of Islam has been mocked, ridiculed or jested. In his very own life he faced such mockery, to the point where people had made it their life’s purpose to ensure his discomfort and humiliation. Yet not a single instance can be found in which the Prophet sought revenge or retaliated to such personal attacks. These barbaric terrorists claim to follow the Prophet and carry out such attacks in his name and the name of his religion, yet the Prophet never once sought revenge for himself. What right do these unfortunate souls have, to seek revenge on his behalf?
– Sarmad Naveed, Vaughan, Ont.

It’s time for a grownup lesson in history. The Nazis began their persecution of the Jews with satire. Those who are ignorant of history are condemned to repeat it. The Muslims, it seems, are not willing to go gently into that good night on their knees. Maybe they have a better grasp of history than Westerners do. Je ne suis pas Charlie.
– Bryan Quinn, Montreal

The people who committed the attack on Charlie Hebdo, and those Muslim clerics who support and condone such attacks, are committing crimes against humanity and against their own Muslim community. These extremist Muslims need to understand that fighting is only permitted in Islam for self-defence. That was the only context in which Muslims at the time of Prophet Muhammad were commanded to pick up the sword, and it was merely for the sake of defending their freedom of religion and freedom of conscience. We are no longer living in a time where Islam is being attacked by the sword. Jihad has to be waged with the pen against attacks of the pen. This is the jihad that our Muslim community has been waging to show the true honor of Prophet Muhammad. Killing innocent people has only shown the savageness of these perpetrators and the barbaric beliefs of the clerics who incite them. All they have done is incited further animosity between Islam and the West.
– Imam Hanan Ahmer Sobhi, Hamilton