Letters: On the dairy industry, 'Flanders Fields', and miracle twins 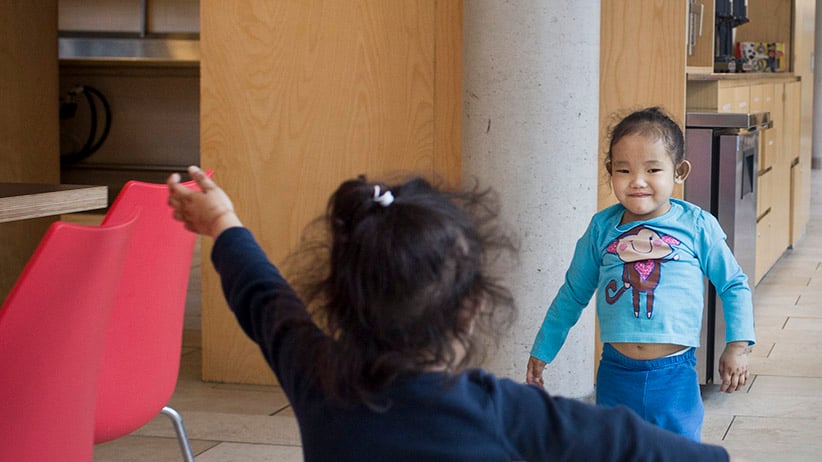 The gift of life

The parents of liver-donor recipients Binh and Phuoc Wagner are true heroes (“Twin miracles,” National, May 4); their infinite source of generosity is very humbling. I also commend anonymous live donors, because they are truly selfless. I donated one of my kidneys to my brother; I get to tangibly witness his renewed lease on life, whereas anonymous donors have to be content with dreaming about the difference they made. Giving the gift of life is an amazing reward in and of itself; you get as much out of it as the donor does. I also want to recognize all the unsung heroes that have been through all the rigorous testing in the hopes of being a donor but who, for medical reasons, had the rug pulled from under their feet. Know that you are not forgotten. Your gesture was as precious as those who have given.

A message to the Wagner family: I have a problem, and you have a problem, and everyone living in Ontario has a problem, a very serious problem. We have an annual operating deficit of several billion dollars and an accumulated debt of over $314 billion. Almost half of Ontario’s budget is for health care. It would be wonderful if we had the resources to take care of all the beautiful sick children from around the world, but we simply don’t. If you are independently wealthy and are prepared to pay for the cost of your dreams, then God bless you! If you want to impose the cost of your dreams on an already overtaxed public health care system, there are some serious questions you have to ask yourselves. Sad, but true.

What claptrap! A lot of what’s in the article “Got milked?” (Bazaar, May 4) is based on outdated research, such as the assumption that cholesterol is bad for you. Demonizing milk is just the latest food fad. The whole anti-fat fallacy was similarly suspect and never supported by research, causing many Americans to substitute carbohydrates instead and making them the most overweight nation in the world. Milk, butter and animal-based fats are good for you and necessary for the body to function properly. Anyone’s attempt to turn public opinion against that goes against generations of documented usage.

We know that the average female never reaches her maximum calcium load, which potentially occurs up to the late teens, when we tend to have our worst diets. The level thus attained cannot be added to; it can only be maintained. But just because we are advised that something is good for us does not mean that there are no unwanted side effects. A current example of this is the increase in long bone fractures in people on bisphosphonate drugs, commonly prescribed for osteoporosis. While taking the drug—intended to increase bone density, particularly for the reduction of pelvic fractures—is very effective, it also has the unwanted side effects of increased mineralization of long bones, such as the femur (leg), which renders these bones increasingly brittle and therefore more liable to fracture. Many sources outside the milk industry advise us that there are healthy alternative sources to all of the nutrients found in milk. Surely we need to rethink the issue of whether drinking milk is beneficial.

Are so-called experts like Alissa Hamilton, author of Getting Milked, causing more nutrition confusion? My dietitian colleagues and I published research showing higher blood levels of satiety hormones (messengers sent from your stomach to your brain to let you know you are full) and increased reported levels of satisfaction in overweight and obese adults on a 12-week weight-loss diet who consumed three to four servings each day of milk or yogourt, versus a comparison group who had one serving each day of milk or yogourt. The group that consumed more dairy lost more weight. We had no dairy-industry funding. By the way, why all the hype around nutrition claims coming from someone trained as an environmentalist? Anyone can write a book about anything, it doesn’t make them an expert. Alissa Hamilton is not a nutrition professional.

So now we are to believe this book and shun dairy products—because milk is “possibly racist”?! Please, this is mad. Of course, one can thrive without milk. However, many of thousands of years ago, my Swiss ancestors domesticated the ancestors of the goats I now raise. Pastoral Europeans have been drinking milk and eating cheese for eons; it is how we survived, especially in cold, mountainous terrain unsuitable for crops. The Sami of Scandinavia have used reindeer milk; traditional nomadic Bedouin and Tuareg people in Africa have survived on camels’ milk for centuries to eke out a living in their harsh environments. The diet of the traditional Maasai of Kenya consists mostly of milk, meat and blood from their cattle. I grew up in Japan in the ’60s. Since the advent of school milk there, the height of the Japanese has increased dramatically. A sedentary lifestyle prevents one from adequately utilizing the calcium found in foods, which leads to bone fractures. The modern nations that consume the most dairy products also happen to be the most sedentary. If milk and cheese are so harmful, why are the milk-drinking cultures even here? The Hunza of northern India, who eat lots of yogourt, stay active and live to ridiculously old ages. This whole article is an insult and a slap in the face to farmers and these wonderful animals that share our lives.

“Humans are the only species to drink the milk of another,” claims author Alissa Hamilton. This confirmed what I have always known. My cat is obviously human. 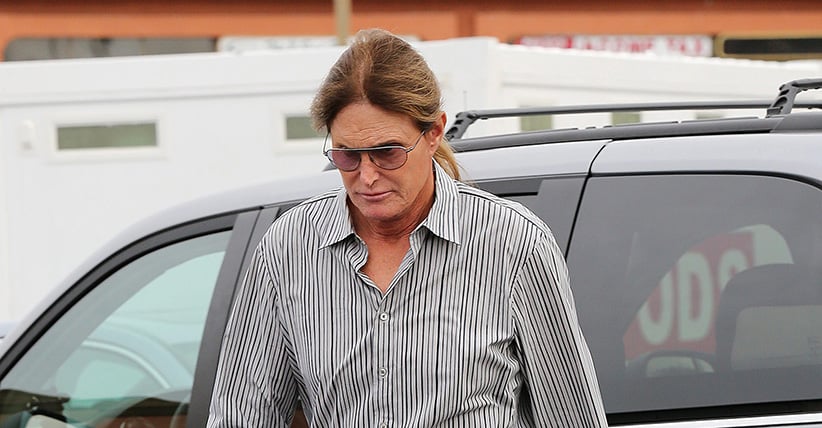 Thank you, Emma Teitel, for your column about Bruce Jenner coming out as trans (“The risky state of being trans in public,” April 27). Instead of being laughed at, trans individuals should receive the same level of support provided to people who leave a toxic workplace or an abusive spouse: they are shedding a painful part of their past to become happier, healthier and more confident. They deserve admiration, not scorn.

We should be building up a big investment fund from oil revenue as soon as possible so that the interest/dividends can support our government services (“The case for blowing all our oil riches,” Colby Cosh, April 13). I don’t see this as a gift to a future generation, but a gift to our generation as we can stabilize the revenue stream and stop the roller coaster. Cosh mentions that non-renewable oil and gas resources keep renewing themselves as we find new ways to get more of it out of the ground. I agree with that part. What I think will kill the industry very quickly is when we figure out a good battery technology, likely within the next decade, so that the wind and solar energy can be saved from when it is produced to when it is needed. The same battery technology will give our cars gas tank range and charge very quickly. Such battery technology changes will greatly reduce the need for oil, and kill the Alberta oil industry.

Not a call to war

I beg to differ with Tim Cook’s unequivocal interpretation of John McCrae’s “In Flanders Fields” as a call to arms (“April 1915,” National, April 27). McCrae penned those lines the day after a friend from McGill was hit by a mortar shell. They collected the body parts into sandbags for the funeral, which McCrae led, the chaplain being away. When the chaplain returned, according to an essay Richard Doyle wrote in the Globe and Mail while he was its editor, he showed the man the poem and explained that by “foe,” he meant war itself, not the Germans or Austrians. The Canadian tradition has generally been to lament the terrible cost of war to mind, body and spirit, not to glorify its call to patriotism. That’s what I will remember. Heather Menzies, Ottawa

“Do the math” (Society, April 27) about why women are enrolling in science and engineering in record numbers but are not staying in the field, was a great article on an important topic. It’s refreshing to see a Canadian focus: too often we read this sort of thing about American academics and smugly assume things are better in Canada. I got out of academia and life is wonderful on the other side. Even though I’m a man, I have little patience for the stereotypical male attitudes that pervade academia: bullying, competition instead of co-operation, and uppity arrogance. Change must come, but not without resistance from those who benefit from the current system (i.e., the old white dudes on top).

I strongly disprove of international pirate fishery activities, something Canadian East Coast fishers have suffered from for years. I am equally opposed to a group taking vigilante actions, even though their goal may be laudable. Sea Shepherd, and its founder Paul Watson, has for decades taken vigilante action against a number of targets (“Thunder gone under,” International, April 27), including those pursuing legitimate activities in Canada. The United States Court of Appeals for the Ninth Circuit in San Francisco said, “When you ram ships; hurl glass containers of acid; drag metal-reinforced ropes in the water to damage propellers and rudders; launch smoke bombs and flares with hooks; and point high-powered lasers at other ships, you are, without a doubt, a pirate, no matter how high-minded you believe your purpose to be.” Yet Sea Shepherd continues to prosper, aided by uncritical, unquestioning journalism.

I agree with all of the remarks made by former MP Inky Mark about the demonization of lawful gun owners (“Criminalizing gun owners,” Letters, May 4). However, it should be noted that the terms felony and misdemeanor are not found in Canadian criminal law. By showing he is not familiar with the most rudimentary elements of the Criminal Code of Canada, any comment on it unfortunately does not carry much weight.