Letters: 'One more inquiry would be superfluous' 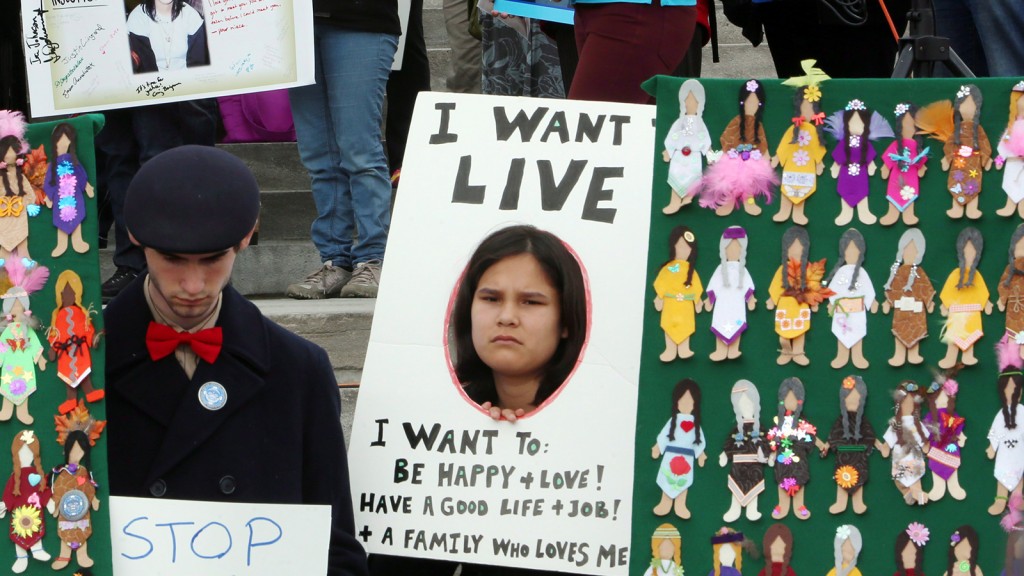 There is no doubt something must be done about the problem of missing Aboriginal women (The Editorial, Sept. 8). However, I must agree with the government’s rationale not to hold another inquiry. Numerous inquiries have been done in the past. In one, First Nations people themselves recommended a specific national action plan in order to solve the problem. I am convinced that the majority of Canadians, including First Nations people, knows very well the problems; one more inquiry would be superfluous. What we need is the answer. Your editorial, highlighting the problem without suggesting answers other than one more inquiry, is, to me, self-defeating.

Excellent editorial regarding the missing and murdered Aboriginal women. So Prime Minister Harper says, “We should not view this as a sociological phenomenon. We should view it as a crime.” How far he has moved since his statement of apology on June 11, 2008, regarding the policy of assimilation and of placing so many Aboriginal children into residential schools, when he then said: “The government now recognizes that the consequences of the Indian residential schools policy were profoundly negative and that this policy has had a lasting and damaging impact on Aboriginal culture, heritage and language.” Children “were deprived of the care and nurturing of their parents, grandparents and communities” and suffered “emotional, physical and sexual abuse and neglect.” Then Harper added, “The burden of this experience has been on your shoulders for far too long. The burden is properly ours as a government and as a country . . . we are now joining you on this journey.” The gap between what Harper said then and what he says now is monumental.

Scott Gilmore (“Let’s put this campaign on ice,” National, Sept. 8) feels strongly that a charitable donation should go where it will do the most good. His use of statistics proves that. But as he must be aware, there is no known cause of ALS, although 10 per cent of cases are considered hereditary. (My mother-in-law, wife, son, and daughter all died of ALS.) ALS is almost 100 per cent fatal. An inordinate percentage of our population equate suffering with pain. Not with ALS. It quietly and gently shuts down your muscles. Although ALS will usually take three to five years, it often starts so innocently. You seem to start to stumble with your left foot. Then it could be your whole left leg. Then your right foot. It is probable that you now know you have ALS, even though a few decades ago, doctors didn’t know and couldn’t spell amyotrophic lateral sclerosis. The degeneration continues. Hands and arms lose their function. You cannot sit up because you have no back muscles. All through this you are fully aware and know it will continue. There is no pain, there is nothing anybody can do about it and you know that you will eventually die. You just lay there fully aware of everything but have no choices. Then your voice may go and you cannot swallow as your throat muscles go. But you can still hear and see. Until it hits your diaphragm muscles and you finally die, fully aware until the last hour, but you have no choices.

It is articles like this that inhibit charitable donations to any organization, because they confuse people and, more importantly, shame people into thinking that they are donating to the “wrong” charity. The ALS foundation is a deserving charity that aims to cure or at least treat a fatal illness. These people are no more or less deserving than those with cancer, heart disease or diabetes. They are equal. Heart disease does take the lives of most; however, 80 per cent of the people who pass from heart disease are over 65. Chronic obstructive pulmonary disease is the No. 2 killer, true, but the average age of death is 75. Prostate cancer, breast cancer and all other cancers are horrific, but the reason that the death rate after diagnosis is so low now is because they have had funding over the years to fight these diseases and come up with treatments. ALS is a devastating diagnosis for which there is no real treatment and no cure. People do not recover. If even one loved one is saved by the mass hysteria caused by the ice-bucket challenge, then it is worth it.

Researchers have made great strides in cancer and in heart disease, but it is the unknown neurological diseases that are the challenge. A breakthrough in any of these diseases may be the magic bullet that leads to a cure.

I realize that the number of people affected by ALS is small in comparison to other more common health issues. However, the amount of money received by the Heart and Stroke Foundation and the Canadian Cancer Society is enormous, yet it seems more and more people are dying from these diseases. Their research fails to zero in on the main reason for those deaths, which is lifestyle and diet. Until people change the way they eat, stop smoking, and get off their butt, we will continue to see a rise in heart attacks, strokes, and cancer deaths.

The wrong kind of Trudeaumania

Justin Trudeau is absolutely correct in stating that the driving factors behind global terrorism are a lack of hope stemming from widespread poverty and political repression (“This time, it’s personal,” National, Sept. 8). Brute force may temporarily stop some particular terrorist acts or groups but, as demonstrated in the Middle East and even in Ferguson, Mo., its net impact is to stoke the anger that drives young people to resort to desperate behaviour. MP Michelle Rempel’s response to Trudeau—calling his remarks “a diatribe of non-sequiturs and platitudes” and “mind-bogglingly ridiculous”—suggest that she is an obsessed ideologue who does not deserve to hold a position of public responsibility.

A tip of the hat to Maclean’s for its Aug. 18 cover story, “The end of neighbours” (Society). Where there are strong bonds and bridges between people there is a sense of belonging and understanding. This leads directly to individual health as well as safe and strong neighbourhoods. Loneliness is associated with negative mental and physical health. One in five Canadians describe themselves as lonely or dissatisfied with life; 64 per cent of post-secondary students report feeling very lonely during the past 12 months. Older people are more likely to feel lonely and women more likely than men. Prioritizing neighbourhoods for investments is a strategy that’s built on common sense: put your efforts where they’re needed most and bring neighbours from all walks of life together to have the greatest impact. Join a residents’ association, plan a neighbourhood street party, attend a community gathering, or simply invite your neighbour over for coffee. Break down one more us-and-them barrier. The list of ways to strengthen our social network is long and dynamic.

Scale it down, sister

After reading “Thanks for the Tassimo, Grandma” (Bazaar, Sept. 8), about the concept of “dorm registries” for frosh students, I wondered: What kind of self-centred, navel-gazing little twits are we raising nowadays? I cannot believe some of the things the girl in the article was including in her “dorm registry.” A Tassimo—ever heard of a French press? A chopping machine—ever heard of a knife? When I went to university, my coffee machine was a kettle, six mugs and a jar of Nescafé. When my daughter went to university, my wife and I outfitted her apartment kitchen for about $200, plus articles from home. University life was probably one of the best parts of our lives, having a great time getting by without expecting the world, or our families, to provide for us. The person in your article expects to float along through university with everything provided for her, and a job as a CEO somewhere when she is finished. Better stock up on reality pills, sweetheart, because life is going to take a bite out of your dreams!