Letters: 'The real bad guys are the rich' 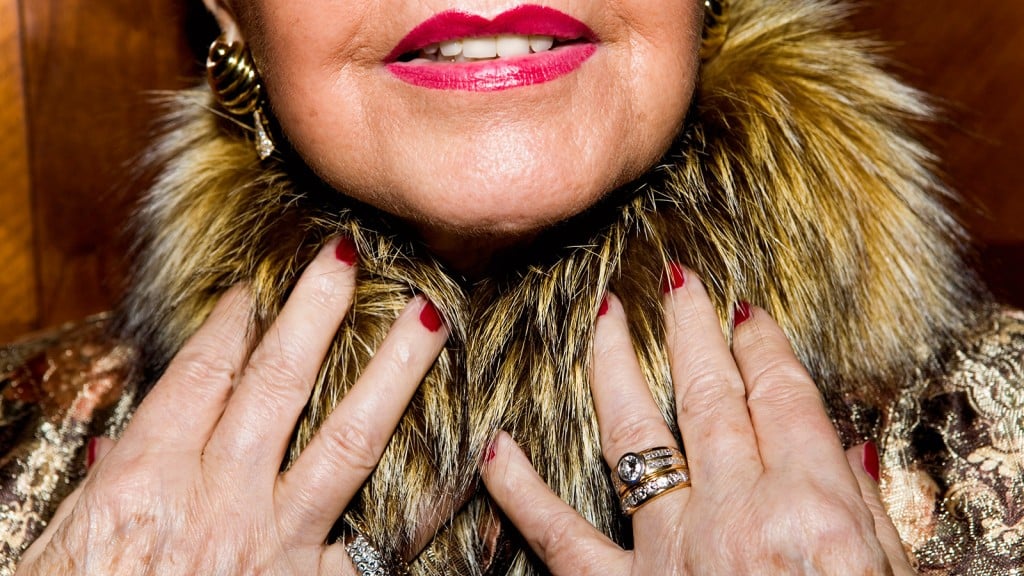 What were you trying to do with the article “Old and loaded” (Economy, Sept. 15), blow my blood pressure through the roof? You did a good job. I’ve paid income tax for over 52 years; I deserve a little break here and there. I don’t know of one retired person making, as you say, $100,000. We worked all our lives to get where we are. I’ve got maybe 10 to 15 good years left. Leave me alone—let me enjoy them!

Even relatively financially comfortable seniors face expensive retirement and nursing homes in their future, which will eat up their savings. The money that remains will be transferred to those “downtrodden” youngsters who will inherit a massive transfer of wealth, including housing, from their parents. For seniors, the only income-splitting allowed is their pension income. Investments held by one or the other of the couple are individually reported and taxed. The rock-bottom interest rates the younger generations are enjoying to buy their overpriced homes affect us adversely. Our GICs, paying one or two per cent, generate an income below inflation. We are mostly a “fixed-income” cohort and the “fixed income” is eroding each year.

The CPP is a contributory pension plan that I have contributed to for more than 40 years, the last 25 of which I was self-employed and paid twice the premium of regular employees. That was always assumed to be part of my retirement income, so no one has the right to steal that from me now. Yes, I agree, we should claw back OAS at lower income levels than we do now ($230,000 for a couple). The government should not be handing out money to people who don’t need it. But using health care as an example of a program biased toward seniors is repugnant. Yes, people live longer and need more health care as they age. If a younger person lives to an older age—and most do—he or she will receive the same health care benefits. If you leave out health care, which we all are entitled to, as well as CPP, and also lower the OAS clawback income level, you are left with very little that supports an argument that, compared to younger people, seniors are being mollycoddled by our government.

Though I’m 71, I agree in principle with most of the suggested amendments in the article. I’ve always wondered why governments don’t see that giving money to poor people ought to be one of the best ways to stimulate the economy. Property taxes really are an intolerable mess. Urban myths aside, cases do exist of an elderly widow living mainly on OAS and GIS in her home of 50 years, and being assessed an annual property tax greater than she originally paid for the whole house, while next door may live a middle-aged couple with adult children still at home, with three or four incomes available to pay the same amount between the lot of them.

The most accurate fact in your article is that “seniors abhor debt and save aggressively.” That is exactly what has made me “rich,” and continues to do so. Boo-hoo, you cannot afford to buy a home? Well, neither could I! Sorry, youngsters, you must learn to do without, so that when you are an oldster like me, then you, too, can be “rich.”

You seem to forget that while seniors are receiving “perks,” they are also paying their fair share. They are the people buying high-end automobiles. They are eating in fancy restaurants, purchasing expensive jewellery and clothing. They are the people keeping travel agents’ doors open and making major donations to hospitals, universities and countless other charities, donating millions of dollars to worthy causes that serve the entire population. It seems that high time of paying up has already arrived.

This article reeks of socialist envy. It states, “More than 40 per cent of Canadian millionaires are 65 and older.” So what? That means the remaining 60 per cent of millionaires are less than 65 years old—which also proves nothing. Instead of punishing seniors and threatening to steal their hard-earned wealth, we should investigate how they achieved success and learn to emulate them instead of whining.

I am a 71-year-old senior who is living on Old Age Security and CPP. I guess I fall within the fewer than 10 per cent living on a fixed income. I worked all my life and I feel that I am treated like a second-class citizen. My income is below $19,000 per year. I have no benefits to help pay for glasses, hearing aids, dental care or transit costs. I live in an apartment that has cockroaches, bedbugs, drug dealers and users. This is not how I pictured spending my last remaining years. The only place I go is the grocery store and to doctor’s appointments. I have a daughter who depends on me and, other than her, I have no family to help me out. I have no investments, savings, private pensions or RSPs. My husband left me 20 years ago with children; I lost my job and had to use all my savings to survive. I am in debt, as well, as I have to use my credit card to buy food. So what exactly are we doing to help seniors?

You made seniors the bad guys. The real bad guys are the rich. The tax rates for incomes of more than $500,000 should be increased significantly and used to lower education costs. Real estate should not be defined as a capital gain, as again, this is moving money to the rich, who invest in multiple properties and only pay on 50 per cent of any gain. The value of real estate will always increase, as land is a fixed supply, so treat as income any gain on the sale of real estate other than your prime residence. This would reduce speculation and housing bubbles, and also stabilize prices for the rest of society. We must change the tax system by closing loopholes and increasing the tax on the rich.

According to Finance Minister Joe Oliver (“The PM’s latest secret weapon,” National, Sept. 15), “Socialist countries don’t tend to do well.” He ignores the success of Scandinavian countries that have consistently outperformed Canada on measures of social performance. By promoting unbalanced economic development based on resource extraction, by advocating tax measures that favour the wealthy, and in promoting austerity measures that cut services to our most vulnerable individuals while failing to create jobs, Joe Oliver may indeed be Stephen Harper’s strategic secret weapon. But, as far as the welfare of the Canadian people is concerned, he’s a weapon of mass destruction.

We need an inquiry now

Thanks for your Sept. 8 editorial for the succinct and pointed piece regarding the murder of 16-year-old Tina Fontaine, backed up by chilling statistics on the murder rate of Aboriginal women, and Stephen Harper’s statement that, “We should not view this crime as a sociological phenomenon. We should view it as a crime.” It is a sad and pathetic attempt by our Prime Minister to rationalize not supporting a national inquiry into the murders of a disproportionate number of Aboriginal women. Your characterization of Harper’s statement as being “clinical nearly to the point of cruelty” couldn’t have been more accurate.

Thank you for your interview with NDP Leader Thomas Mulcair (The Interview, Sept. 15). Mulcair states that if his party is elected, he vows to tax corporations to pay for his election promises: $36 billion and higher, according to him. If that happens, the majority of the investments within my RSPs (which are in Canadian corporations) will plummet in value, and the dividends those investments generate will be slashed, as well. If the polls show that there is even a chance that Mulcair may be headed toward forming the government, I will be selling all my shares in Canadian corporations in order to protect the value that has accumulated to date. A lot of that value could be wiped out in a matter of days.

Have you ever been inexperienced?

After reading about the Tories’ obsession with Liberal Leader Justin Trudeau (“This time, it’s personal,” National, Sept. 8), I wonder what planet the Conservatives live on. To claim that Trudeau “had no particular record of intellectual or private sector achievement before he arrived in Parliament” is beyond the pale. Harper may have a master’s degree in economics, but his stint as a lobbyist for the National Citizens’ Coalition certainly doesn’t make him an experienced private sector entrepreneur.

Doling out the dishwater

Other countries can be proud of their individual coffee bistros or chains—but proud of Tim Hortons (“Okay, Canada, it’s time for the hard truth,” Feschuk, Sept. 15)? It is a testament to Canada’s love of the cheap, a race to the bottom where grown-ups eat children’s food. Tim Hortons is a national disgrace and proof that Canadians do not love coffee. We hate it, and we prove it by frequenting a place that serves dishwater. (But it’s under a buck!) This is why the rest of the world doesn’t take Canada seriously; it is the culture of a cheapskate.

Not everyone had disposable cash to play the stock market when they were young, so some of us seniors do not have investments off which we can live (“Old and loaded,” Economy, Sept. 15). My father actually outlived his money. My mother is in a nursing home struggling to make ends meet; I will have to work longer to help her and myself out. I would love to retire and let someone younger have my job, but I need it to survive. Old and spoiled? I would think some of us seniors out here are old and afraid of what is going to happen to us next.