Letters: 'Trudeau has never run anything of substance in his life' 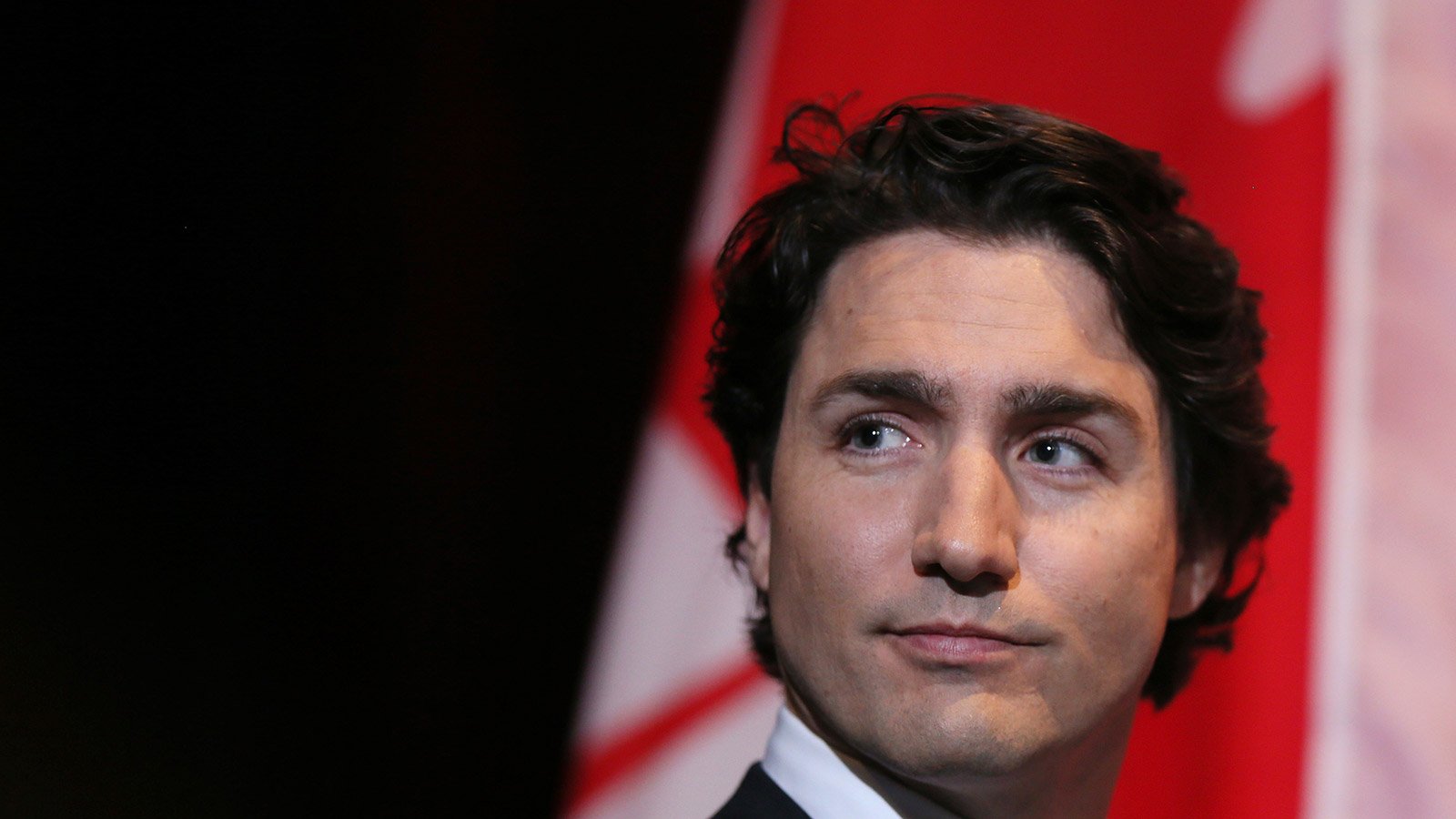 Justin Trudeau keeps harping on the middle class (Interview, Sept. 1), which is a small, wealthy elite in today’s Canada. The vast majority of Canadians eke out a living on two part-time jobs, but Trudeau is still obsessed with yesterday’s issue of the declining number of privileged people with cushy, overpaid unionized jobs. We need to face the fact that civil servants, auto and steel workers, and the old folks lucky enough to have bought a now-million-dollar house back in the 1970s, when it cost $20,000, are a privileged elite now. A prime minister needs to look out for the interests of Canadians struggling to make ends meet on poverty-line incomes in degrading low-level jobs.

Trudeau has never run anything of substance in his life, so we may as well let him practise by running the country.

Your Sept. 1 cover headline promises to tell us how Justin Trudeau would run the country. Politicians like to think they run the country, but that’s more a reflection of their egos than their actual influence. Politicians might lead their parties to power and enact legislation, but those laws are implemented by bureaucrats, regulated by government agencies, judged by courts and enforced by the police. Democratic countries are “run” not by the politicians, but by government employees and ordinary citizens making personal decisions every day.

I hope Justin Trudeau brings back Paul Martin and Ken Dryden’s proposed National Child Care Program if he becomes prime minister. We do too little for early childhood education; teachers in the higher grades see the challenges many years later of kids who don’t get a good head start. A nationwide early intervention program could help level the playing field. We would’ve had it already, if Jack Layton and Stephen Harper hadn’t put their political ambitions ahead of our nation’s children.

Trudeau is the Ted Baxter of Canadian politics: pretty, but empty, and with one foot permanently ensconced in his mouth.

In your “Summer of lists” feature, it’s mentioned that “goods manufactured or produced wholly or in part by prison labour” are banned from entering Canada. Huge multinational companies make good use of cheap, readily available prison labour in the U.S. Surely Canada imports a fair bit of prison-made merchandise; in the past, subcontractors for Starbucks, Victoria’s Secret, JC Penney, IBM and Microsoft have used prison labour. I would also bet that whatever government agency controls the border knows this, and looks the other way. The media are full of reports of “slaves” in China, but they only have to look south of the border to see that the United States is doing exactly the same thing.

Who knew we’d moved this far away from our agrarian past? The “hay fork” pictured in your “Summer of lists” article is really for turning soil, not hefting loose hay onto a wagon or in or out of a barn’s mow. A hay fork is longer, lighter in weight and, generally, has only three slender tines. I guess they’ve kind of gone the way of buggy whips and square hay bales.

Whose side are you on?

Jonathon Gatehouse’s article about the Israel-Gaza crisis (“The blame game,” International, Aug. 18) repeats the calumny of the required proportional response by Israel: that is, the terrorist group Hamas can fire as many rockets as it wants at Israel, but Israel is supposed to just take defensive action because any offensive action will be deemed too much by the bien pensants in the West. When the Palestinians have the audacity to ask the International Criminal Court to charge Israel with war crimes, there is not a sentence about the heavy death toll being largely due to Hamas’s practice of using Palestinians as human shields, not a sentence about the speciousness of the many claimed as civilians who are in reality Hamas fighters, not a sentence about Israel being the only democracy in the cesspool of the Arabic Middle East. Thus, Hamas continues its slaughter of the Palestinians under the cover of praise from the “progressive West.”

The petition by one of Russell Williams’s victims, Laurie Massicotte, to amend the Canadian Forces Superannuation Act so she could get her hands on his pension is ridiculous, to say the least (“The killer and his pension,” National, Aug. 18). If she wins, do you really think she will be well and fully compensated? Don’t get me wrong: I sympathize with her, but no amount of money, nor fortune, would compensate for what she and the family of the other victims went or are still going through. It is a tedious and hard process, but one is only at peace with oneself and what happened when one learns to accept and totally forgive, which, eventually, frees one from the burden and hatred within.

A wee dram of fear

I believe a “Yes” win in the referendum for Scottish independence will have significant implications for Ireland (“Disunited kingdom,” International, Sept. 1). You mention that the makers of Glenfiddich malt whisky donated $183,000 to the Better Together campaign. Independence from Britain in 1921 had a devastating impact on the Irish whiskey industry. Prior to independence, Irish whiskey distillers were producing five million gallons per year, compared to 100,000 gallons produced in Scotland. As part of independence negotiations, Britain attempted to continue claiming the excise tax on Irish whiskey production. Ireland’s natural disagreement with this position resulted in a trade war with Britain that imposed a sales tax on Irish whiskey in Britain and throughout its colonies, its main market. Most of the 28 licensed distilleries in Ireland were forced to close, with only three remaining in the Irish Republic and two in the north of Ireland. Under this new environment, Scottish whisky production flourished. It would be an interesting twist of fate if Scottish independence again creates a fair playing field for both styles of wonderful whisk(e)y.

Winnipeg’s Canadian Museum for Human Rights (CMHR) is not a thing of beauty, any way you look at it (“An outlaw’s vision,” Exhibit, Aug. 18). It is ugly in the sense that its drab, disorderly external appearance looms over Winnipeg’s city centre like some sinister rogue spaceship that has mysteriously landed to dominate the skyscape. It is ugly in the sense that it hoarded money that could have been used for far more efficacious humanitarian purposes, such as badly needed strategies to alleviate the city’s ongoing inner-city poverty. And the CMHR is ugly in the sense that its primary raison d’être is to promote the selective historical horror of the Jewish Holocaust, above and beyond any other genocides, such as the genocidal activity against pre-European Americans in all the Americas, from Columbus on—or other human rights atrocities, such as Israel’s mistreatment of the Palestinians.

It should not come as a surprise to anyone that Stephen Harper’s government has reduced the capacity of the Department of Justice’s criminal law policy section to the point where “it is not operating in a manner that is sustainable,” or that it has lost its research capabilities (“Damn the experts. Full steam ahead!” National, Sept. 1). The same has happened in many other departments and agencies where research and in-depth examination of issues has yielded results that do not support the government’s ideology or political agenda. This approach is best summed up by a new approach to public policy: “decision-based evidence making.”

Scott Gilmore feels ALS isn’t deserving of the funding it is currently receiving, compared to other causes (“Let’s put this campaign on ice,” Society, Sept 8). Not once did he mention the quality of life of someone with ALS, how quickly the disease progresses, or that it can, within months, take away the sufferer’s ability to do anything for himself. ALS might have a “high dollar amount per death” ratio, as far as fundraising statistics are concerned, but I’m sure that if you ask someone dying of ALS if the ratio of $3,382 per death is too much, he will have something to say about it—if he is still able to speak.

It is unfair to compare a disease without any known cause to heart disease, which has many known causes, mitigation and treatment. To call the ice bucket challenge a marketing gimmick is also unfair. This was a publicly initiated activity to raise awareness, and not advocated by ALS Canada in any way. Sure, ALS has won a lottery without buying a ticket, but it is a deserving organization that needs funding just to make the short lives of those diagnosed with ALS easier.

My wife of 35 years passed away in March of this year after suffering a tremendously painful two-year battle with ALS. After more than 30 years as a personal trainer, fitness instructor and runner, she finally lost her battle after many months of not being able to speak, swallow or breathe. Her body was ravaged, and she was forced to undergo many very unpleasant procedures with no anaesthetic because of her lack of ability to breathe. She had tubes everywhere for medications that had to be administered hourly, day and night. Scott Gilmore should actually take the time to speak to someone who is suffering from this disease before writing such garbage about the wonderful people who are actually trying to fund research for this disease.

I don’t care how many people get ALS. If it is a loved one, it is one too many (“Let’s put this campaign on ice,” Society, Sept. 8). My husband has had ALS for 14 years. He lost his income, his ability to feed himself, to walk, to turn a page in a book, to breathe on his own, to eat and drink. He is one of the fortunate ones. He can still talk and he lived long enough to see his two children grow up to be adults. Not everyone with ALS is that lucky. Some children die from ALS; imagine having a child with this dreaded disease. When Terry Fox and Rick Hansen raised millions, did people rain on their parade?

The article “Second-class children” (National, July 21) stated that students in Grades 8 to 12 at Skeetchestn Community School in B.C. were taught on a home-school curriculum. That applies only to students in Grades 11 and 12, who are taught a provincially approved distance-education program in a classroom under the guidance of a teacher.