Letters: 'What good is our democracy when no one goes out to vote?' 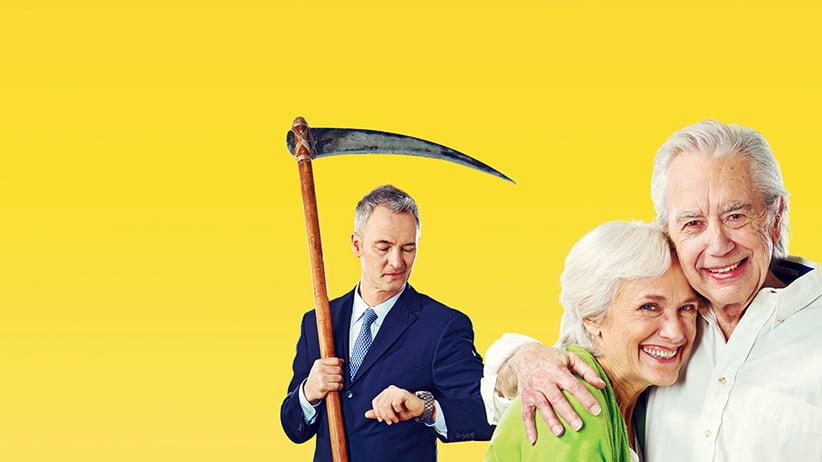 Boomers are not that bad

Charlie Gillis’s story about Baby Boomers’ inheritances (“The waiting game,” Economy, March 16) cherry-picks only the worst and most venal examples out of thousands of regular cases. As an only child, single and childless myself, I looked after my parents as they got older and were less able to fend for themselves. For every greedy Boomer waiting impatiently for his parents to kick the bucket and leave him with a chunk of money, there are a thousand more who care for their parents and miss them when they’re gone. Most don’t get into dirty interfamilial legal battles over who gets what and how much.

This article highlights one more reason why the legalization of assisted suicide is so dangerous: It would allow greedy heirs to grab the inheritance before their parents can spend it all. A law that allows no oversight, once the prescription for suicide leaves the pharmacy, gives wealthy seniors no protection. If a greedy heir forced her rich parents to swallow the drugs against their will, who would know?

Baby Boomers had a different experience increasing their wealth than their parents did, who grew up in the Depression. Many parents of Boomers struggled early on, but, during their peak earning time, they could lead a good life without requiring a large income. Many did not have a significant mortgage to begin with, and money could go toward savings, not debt servicing. The desire for parents to “hurry up and die, already” is not true for the vast majority of Boomers who sacrifice a significant amount of time, energy and mental health looking after aging parents who need their support. For many Boomers, pride, practicality and integrity dictated that they not plan their lives around waiting for an inheritance.

For 25 years, my mother has been a faithful subscriber. At the age of 96, she lives in a long-term-care facility and still reads your magazine. I can understand there is a financial point to make about the transference of wealth that will take place in the next few years, but to insensitively put on your cover the phrase “Hurry up and die, already!” is just shameful. I will not be giving this issue to my mother.

Your editorial of March 16 seems to imply that democracy should be achievable overnight. A strong society needs more than just accountable government: It also needs a strong state bounded by the rule of law. Democracy on its own, as early America or modern India would attest, does not necessarily lead to success. Successful democracy itself is rather more than stuffing pieces of paper in a cardboard box. It demands an educated electorate able to see beyond the desires of immediate family, caste or tribe. That electorate must be informed by a sophisticated media free to investigate society and government, and to make balanced, rational reports and opinions. This takes time to develop. The Westminster system, to which Canada is heir, has been evolving for 800 years (arguably, longer). Has Canada arrived at democracy? A 17-year-old—one who faces the mountain of public debt he will be bequeathed by a generation of citizens who voted themselves the entitlements that created much of it, without being willing to tax themselves sufficiently to pay for them—would justifiably argue: not yet.

Awesome editorial regarding the West’s advocacy for global democracy, which appears to be weakening, and how Canada needs to push for change. But what good is our democracy when no one goes out to vote?

In trying to rationalize higher Tax-Free Savings Account limits (“Yes, there’s an upside to higher TFSA limits,” March 16), Jason Kirby assumes that contributions to TFSAs are new savings. As far as anyone knows, the bulk of the TFSA accounts could be savings that would have happened anyway. His second error is assuming that TFSAs lower tax revenue and, therefore, impose fiscal responsibility on future governments. Wrong again. TFSAs are just another government program delivered through the tax system: a program that, in this case, has limited oversight, uncertain cost, no sunset clause and no clearly identifiable benefits. Given pressures on future government spending, the TFSA program is the definition of fiscal irresponsibility.

A word of warning

In “The niqab gambit” (National, March 9), Martin Patriquin trivializes a very serious threat to democracy and the well-being of nations that enjoy freedom, Canada being one. To narrow down Prime Minister Stephen Harper’s concern regarding the Islamist terrorist threats to being a matter of political manoeuvring through the use of fear is to totally miss a legitimate word of warning. We must not bury our heads in the sand, believing we are somehow immune to that which is destroying nations and killing innocents who happen to have a faith system different from that of the terrorists. We must stand tall alongside the leaders of the free world and, in a way decided by those among them who understand justice, freedom and the value of democracy, support them in whatever way we can.

Beware the other zealots

Scott Gilmore has done Canadians a great service in delineating “The difference between moose and terrorists” (National, March 9). Zealots and fanatics are invariably masters of the politics of division; separating the world into “us” and “them” and portraying their enemies as irrational, cold-blooded killers bent on attacking “our” freedoms and beliefs. These fanatics consistently exaggerate the threat posed by “others,” inflame nationalistic fervour by wrapping themselves in—or, in some cases, merely standing in front of—a flag, while praising the honourable heroism of those who ﬁght for them. Secluded far from danger themselves, fanatics employ fear and distrust to incite others to violence—whether it be discrimination, bombings or outright invasion—in pursuit of their holy grail: an expanded platform for their conservative ideology; the funds to wage perpetual war; and, most important, the ability to influence and control others, for that is the wellspring of their prestige and their power. What a pity that so many Canadians, proficient in recognizing a menacing moose, cannot discern the far greater danger posed by the unprincipled zealot who stands in our own Parliament; for to subdue him, we need only deny him at the ballot box.

The bogeymen are back

Assaults on our home turf aren’t new (“The lure of Edmonton’s monstrous gem,” National, March 9). They are simply a new variation on an old theme perpetrated by the usual bunch of psychopaths, sociopaths and plain losers bent on blaming everyone and everything but themselves for their perceived troubles. Over the past few decades, we’ve weathered such mobs as the Red Army Faction, Symbionese Liberation Army and the FLQ, to name only three. Once unmasked, these so-called “armies” turn out to be no more than a small group of ragged malcontents who, until the Soviet collapse, could champion the communist cause as the shortcut to a perfect world. Today, they have stumbled upon a new cause, and they’ve embraced it with the same enthusiasm as their predecessors. There is no question that we must be as vigilant as possible. Nonetheless, let’s get on with our lives without losing sleep and being overloaded with stringent laws that only serve to create more injustice to our wonderful justice system. Times have not changed all that much!

I am a 72-year-old Canadian who grew up considering the Mounties the most honourable and fair police force in the world. Events such as the Robert Dziekanski Taser incident and the official response to PTSD among Mounties—and now, your article on the prevalence of sexual assault and lack of support for female Mounties (“The RCMP’s biggest crisis,” National, March 9)—have really shattered my perception. After reading this article, I find it incredible that women would even consider joining this force, and I am ashamed that Canada is represented in this way. The red coat holds a much darker meaning to me when I see it now.

The most telling aspect of Angela Merkel’s remarkable statesmanship is her commitment to diplomacy while eschewing the chest-beating rhetoric favoured by so many others (“The real leader of the free world,” International, March 2). Merkel’s reference to 1914 and the “national self-importance and cold-blooded military logic” of the day that “pushed aside responsible politics and diplomacy” stands as a cold reminder of why we all should be wary of the “warrior rhetoric” bandied about so indiscriminately these days. It is the term “responsible politics” that best represents what is most lacking in both national and international politics today, but this is especially true in Canada and the U.S., where the use of fear and irresponsible partisan rhetoric is used simply to hold onto political seats, instead of finding middle grounds for moving forward, and instead of simply drawing lines in the sand that none of these politicians will ever have to defend with their own lives.

Letter-writer Leonard Paramor (“A cock and bull story,” Letters, March 16) says that, “In animals, birds, insects and some fish, the delivery of the sperm is made by a penis inserted into the appropriate female body orifice.” While I respect his experience as a farmer, scientists who study reproduction think otherwise. You don’t need a penis to inject sperm. Roosters, for example, press their cloaca against that of a hen, in what is called a cloacal kiss. This is quite enough to ensure that sperm fertilizes the hen’s eggs, and that chickens can reproduce. I would refer readers to chapter eight in my book Why Did the Chicken Cross the World? for everything they might want to know about chicken sex.