Vancouver East NDP MP left her riding and went campaigning in Vancouver’s gay village where she found several people who live in her riding. 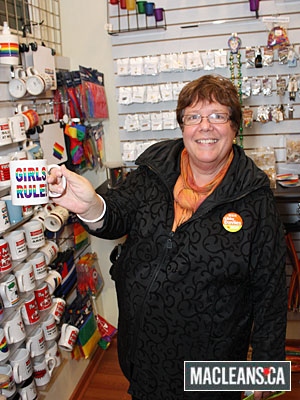 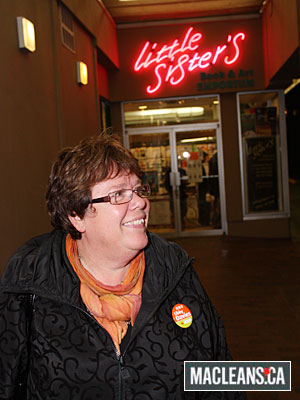 Davies was helping Michael Byers the NDP candidate running in the area. 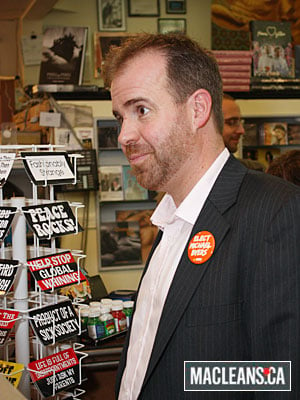 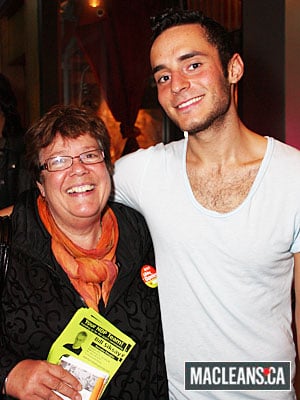 Here is Davies back in her riding outside her campaign office, which used to be a Greek restaurant. 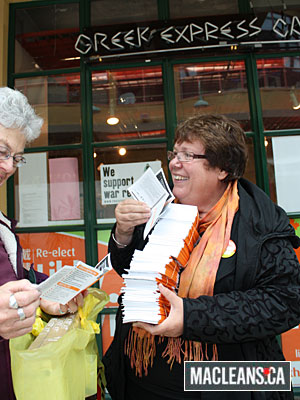 In other NDP news, Toronto MP Olivia Chow took sartorial shots at the PM at Toronto’s all-night Nuit Blanche art festival by stuffing a blue sweater with what she considers nasty Conservative policies. She was playing up her husband’s dart at Harper during the leaders’ debate: “Where’s your platform? Under the sweater?” She is wearing a sweater Jack Layton’s mom knit her. 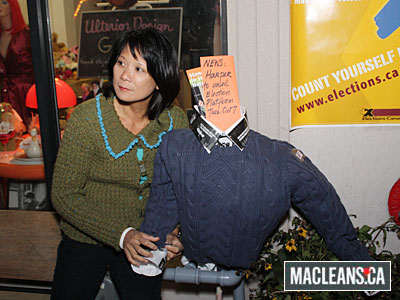