Maclean’s 110: Help us find the faces of Canada’s past

This year, Maclean’s turns 110 years old. To celebrate, we’re telling Canada’s story through the lives of 110 Canadians. And we need your help. 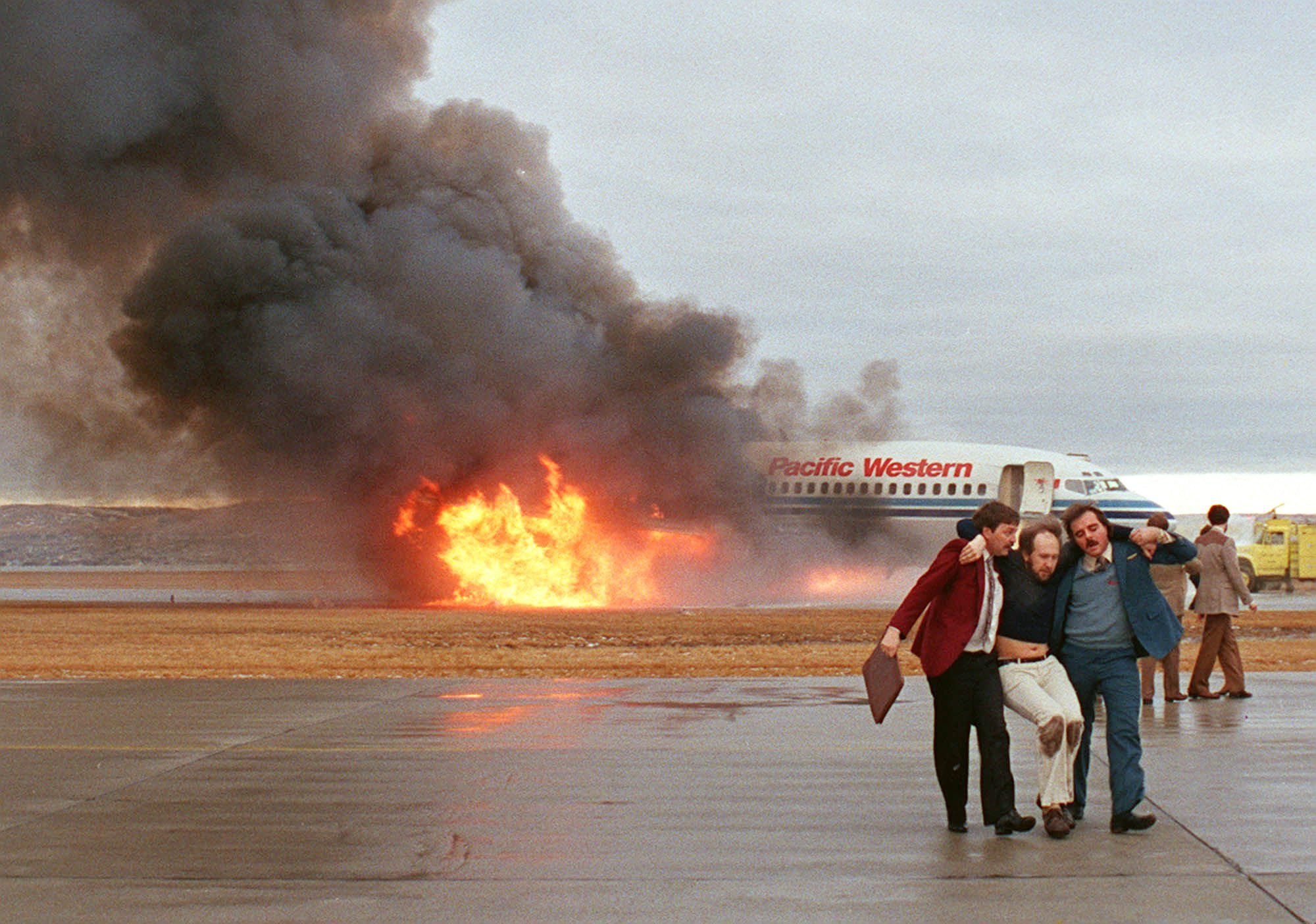 What we know: Passengers flee a burning Pacific Western Airlines jet after an aborted take-off at Calgary International Airport in this March 22, 1984, photo.

What we need: Help us find one of the passengers pictured.

In 1905, a Toronto journalist and entrepreneur named John Bayne Maclean bought an advertising agency’s in-house journal and, with time and two name changes, transformed it into a national magazine called Maclean’s.

Over the next 110 years, women won the right to vote, the Maple Leaf became Canada’s national flag and the country became officially bilingual. The world’s tallest tower was built in Toronto, the first loonie and toonie were minted, and Terry Fox began to run across the country to raise money for cancer research. Nunavut was created, Canada set a record for Olympic gold medals and 16 prime ministers came and went. Maclean’s was there to cover it all.

This year, Maclean’s turns 110. To celebrate, we’re telling Canada’s story—and that of the magazine—with Maclean’s 110, a special issue that will profile 110 Canadians, aged one through 110, who inspired, witnessed and lived those moments.

To do that, we need your help. Here, we’re compiling an ongoing collection of iconic Canadian photos. Every week, we’ll add more archival photos to the gallery. Take part in the months-long mission by looking at the images and their captions. Are you pictured? Do you know someone who is? If not, maybe you have an idea of how to find him or her?

Help us by commenting below, tweeting us at @MacleansMag using the hashtag #Macleans110, or emailing assistant editor Luc Rinaldi at luc.rinaldi@macleans.rogers.com.

Update (April 9): After a few helpful responses and some dead ends, we have our first official find: Zachary Clapperton, the boy pictured covering his ears during a speech by then-prime minister Kim Campbell. Clapperton, whose last name we originally listed as Clapper, is now a middle-school teacher in Texas—but “we will always be proud Canadians,” says his dad, Peter. “My phone is exploding with texts from friends and family about the Twitter post,” Zach wrote to us. “This is the first time I have seen the picture in colour, which is the strangest part to me.”

@MacleansMag I had to make a twitter just to comment on this. My name is actually Zachary Clapperton, but that is me. pic.twitter.com/wHYTp1dlPI

Update (May 26): When Yvon Rainville and his daughters recently did a web search to see if they could find an old picture of him—featured on the front page of the Toronto Star on Sept. 27, 1973, it shows him sitting atop an under-construction CN Tower—they were surprised to stumble upon this page. The family quickly tweeted and emailed Maclean’s to share the photo’s story. “This is all so exciting,” Rainville’s daughter Brandee Hunter wrote. “He is very proud of his work.”