Maclean's readers write in on the ivory trade, Rob Ford and abuse in the Canadian Forces 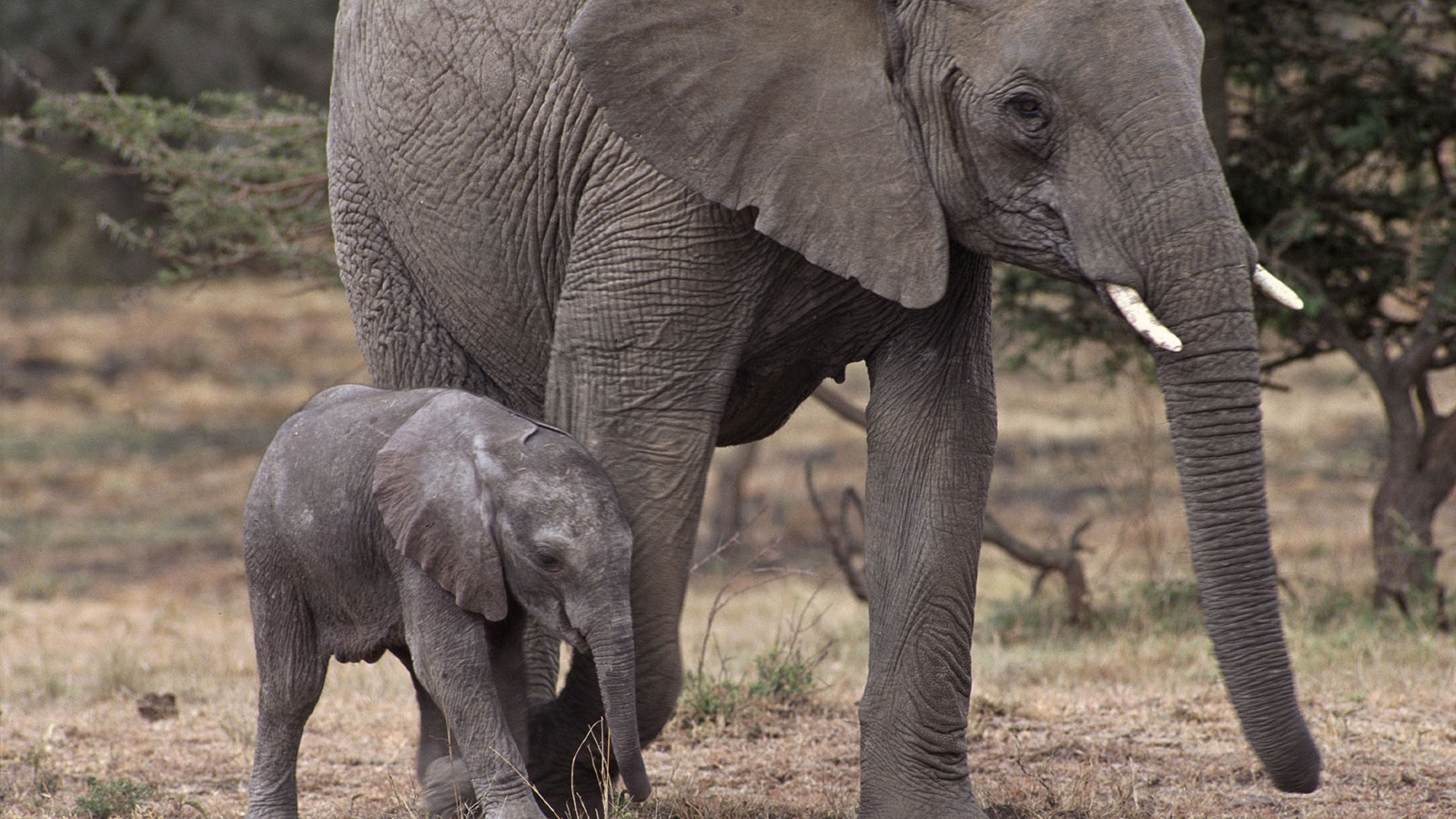 Don’t you come back no more

With Rob Ford’s admission of addiction coming at long last, most felt great relief at having survived the storm of humiliation, disgust and horror that was Ford’s time as mayor of Toronto. However, the nightmare doesn’t seem to want to end (“He’ll be back,” National, May 12). Sober or drunk, recovered or high, this is not a man or a family to be trusted. If Toronto even considers him the man for the office of mayor, God help us all.

Rob Ford on the cover? Really? How is this “news” of national import? Pandering to the incessant narcissism of that lying, manipulative buffoon is not of interest to those who live outside the borders of Ontario and, probably, to many who reside within. I would appreciate your no longer covering this man, to save his wife and children from further humiliation. Give it a rest.

The evolution of stupidity

“The dumbing down of America” (International, May 26)? This from a country that elects such scarily flawed “leaders” as Stephen Harper, Dalton McGuinty and Alison Redford? That has morphed into a society that never holds anyone accountable for anything? Where a person actually being fired has become an exceedingly rare occurrence? Where politicians could teach the rest of the world’s politicians how to put the interests of business and corporations ahead of the interests of its citizens, without exception? No, Canada should be absolutely the last to be hurling accusations of stupidity in any direction but its own.

The topic of “dumbing down” is nothing new and is not restricted to the United States of America. I think Catherine Liu, author of American Idyll: Academic Antielitism as Cultural Critique, makes a good point regarding a “demoting of the canon.” With nothing being absolute anymore, people believe everything, rather than nothing. What the article missed was any comment about the culpability of the media, in all its forms, to treat the public as intelligent. Treating the public as ignorant, simple-minded knuckle-draggers, then bemoaning the fact of a “dumb” public, is duplicitous. Dumb, gullible, compliant and complacent voters are ideal for the interests of business and politics.

I took exception to Jonathon Gatehouse’s attack on what I believe to be Christian truth, that God created everything. In trying to debunk creation, he refers to Darwin’s “signature discovery,” which he claims to be “validated in a million different ways.” There is no fossil or present-day record of evolution, for example, of a fish becoming a mammal. Nor can evolution be observed, the ultimate scientific test to prove something is true. The only evidence found in the fossil record is extinction and variations to a particular species, some of which still exist. Evidence of variations, not evolution, are even found in the birds that became known as “Darwin’s finches.” Their beaks are not proof of evolution but environmental adaptations. I think it’s pretty smart that Americans don’t take Darwin’s work as the truth and can think for themselves.

Refusing to believe what has been accepted throughout the rest of the world as fact leads one to question a number of things in the U.S., not least of which is their educational curriculum. I was under the impression that concepts such as Darwin’s theory of evolution, the usefulness of vaccines and the fact that the continent of North America is in fact larger than the city of Los Angeles were not topics of debate, but rather statements of simple fact. I understand the absolute love of freedom that drives Americans. In a world where freedom is not always available, it is a belief to be applauded. But denying accepted scientific fact simply because those facts make you uncomfortable is worrisome, to say the least.

I see from the article “The dumbing down of America” that people who have concerns about the potential side effects of vaccination are dumb, people who don’t support Obamacare are dumb, people who question the alleged scientiﬁc consensus on global warming are dumb, and parents who don’t want their Grade 10 children reading depictions of sex are dumb. Basically, conservatives are dumb. Thank you, Maclean’s, for raising the quality of our public discourse.

“Sugar overload” (Society, May 12) provides a comprehensive look at the hidden sources of sugar and related health risks. An oversight in the information is the addition of various forms of sugar by the pet industry into all manner of dog-edible products. As a committed label reader of anything I put into either my mouth or my dog’s, it is astounding where one finds sugar in all its various forms. Look for it in all dog food. Clearly, we must become more conscious of how many teaspoons we consumers ingest daily, and we must also be monitors of what we purchase for the four-footed consumers in our life who also are affected by the large amounts of sugar in their products.

I was absolutely appalled when I read the letter from Gen. Tom Lawson (“Protecting those who protect us,” Letters, May 26). He has the audacity to state that “he encourages everyone within the Canadian Forces to report any misconduct, including sexual misconduct, and emphasizes that every member will be supported by his or her chain of command without fear of reprisal.” Did he neglect to read “A war with no end in sight” (National, May 5), with its numerous accounts of sexual misconduct dating back to the 1990s? Nowhere in that article did I read of anyone receiving support, nor did I read that anyone had been charged. Victims have actually been told to “shut their mouths or face consequences.” Why do I think this gentleman has his head in the sand?

Our hearts go out to these brave Canadian military personnel bringing attention to rape and sexual assault in their ranks. As RCMP officers with more than 40 years of combined experience, we understand the courage it takes to do the job you do. We admire and applaud you for having the bravery to stand up and speak your truth and expose the dark secrets being covered up by the Canadian military all these years. There is no excuse for sexual assault anytime, anywhere, under any circumstance, least of all in a Canadian federal institution whose very purpose is to protect the safety of Canadians. We understand, and have also felt, the agony and helplessness these soldiers have described to Maclean’s. The only travesty worse than being sexually harassed or assaulted in the workplace is knowing that, if you complain, it will only worsen your situation. We want our brave military men and women to know that we stand with them in solidarity on this serious issue. By joining our voices, together, we are stronger. Until something is done to put a stop to the abuse and violence, we will not be silent.

Your article about the Indian election (“A hard right turn,” International, May 26) has a factual error: It states that 790 seats were being contested in the recent Indian general election. Actually, it is 543 seats. The parliament has 790 seats, but that includes both the houses; the upper house is not being contested in this election.

The article “Green where it counts” (Environment, May 26) explicitly states the meaninglessness of workplace recycling programs as a method of rendering a company more “green.” However, directly contradicting this statement is the list of 30 environmentally friendly Canadian enterprises (“The greenest of all,” Environment, May 26), celebrating numerous businesses that have adopted recycling programs. Many of the businesses listed seem to have merely adopted minimal efforts, such as replacing paper copies with digital ones and encouraging employees to cycle to work. Such “initiatives” have become ubiquitous and commonplace. What’s needed are more concrete and effective measures. It is one thing to urge workers to take public transit; it is another to effectively reduce one’s carbon footprint.

No rush to die

In the middle of his article about Quebec’s proposed “end-of-life care” bill (“When doctors say no,” National, May 12), Martin Patriquin focuses on Dr. Serge Daneault’s panic-inducing rhetoric. Daneault’s ridiculous comment that “there won’t be enough doctors to perform euthanasia” is intended to make people think there will be a giant lineup of people wanting to die as soon as the legislation passes, or family members waiting to send them off. There will be ample doctors willing to assist terminally ill people who willingly and knowledgeably choose a dignified death. It is time that choice was available.

It’s nice to read about John Wayne’s “likeability” in the review of Scott Eyman’s book John Wayne: The Life and Legend (Books, May 26). But while movie stars such as Jimmy Stewart and Clark Gable went off to serve in the U.S. forces, Wayne did not. Garry Wills, in John Wayne’s America, argues strongly that Wayne and his agents strenuously avoided making him eligible for service, as his career was just starting to catch fire (he had just made Stagecoach). His postwar hyper-patriotism would be a colossal hypocrisy, if that were the case.

Barbara Amiel shared her “expert” views on how making ivory a commodity would ensure the protection of elephants (“Banning ivory won’t save any elephants,” May 12). In The Simpsons episode “Bart gets an elephant,” Lisa warns her father that the man selling Stampy the elephant is wearing a lot of ivory and appears to be an ivory dealer. Homer responds, “Lisa, a guy who has lots of ivory is less likely to hurt Stampy than a guy whose ivory supplies are low.”