Who's manscaped, who thinks his movie star days are numbered, and is there depth to this starlet? 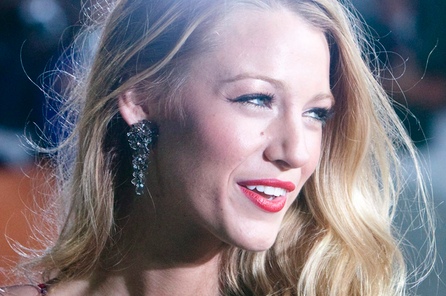 I think I’m getting the hang of this TIFF stuff. It’s a steep learning curve. Yesterday, there were a lot of firsts. First interview. First red carpet. And first big stars: Will Ferrell, Ben Affleck, Jon Hamm, and Blake Lively. But first, how I got there.

My day began slowly, as it does when you’ve slept only four hours. Around 1 p.m. I got a call from Brian Johnson, Maclean’s film critic, who asked me to do a round table interview with Will Ferrell in about an hour.

Yikes. Here I was, standing on Queen West, in half of my pajamas (a pair of black tights I wore to sleep), no makeup, my breath smells like death and I’m supposed to interview Will Ferrell. I had no time to go home and spruce up, so off I biked to the Intercontinental on Bloor. I arrived just 10 minutes before the interview a sweaty mess. Great.

No matter, I was able to cool off because when you’re dealing with “talent” (aka actors) it seems like you have to wait around a lot. One journalist grumbled about the hotel, saying she wished she was at another one where “the internet is free and it smells better.” First up was the interview with Everything Must Go director Dan Rush,  and then 20 minutes with Will Ferrell, the movie’s star.

Rush was was articulate and kind. It was his first group interview he said. (Mine too, I thought. But I didn’t want him to know that). Will Ferrell very articulate as well, but he was also comfortable—which makes a difference. He had control of the conversation at all times and dictated its direction. Physically, he is very tall and is immaculately groomed, his eyebrows and sideburns especially. Manscaping does wonders. He had a pair of retro ’70s style sunglasses that he rested on the table. I thought he looked expensive.

He was fun to speak with, even in our group of about eight. Not everyone asked questions, but for those that did, Ferrell gave detailed, professional responses. I asked him whether or not his children cared that he worked with another child actor. He said that it’s only been recently that his six-year-old son has deduced that he’s a movie star. (He told that story in much more interesting way than I just described it and the whole table laughed, though just a little bit too loud).

When our 20 minutes were up, I wandered to the second floor of the hotel to rest and find some food. I wandered into a lounge that had popped up on the second floor to get recharged. They were doing hair and makeup, so I figured why not?  Then, I got my hair styled by not just one but two beautiful men. They were on either side of me twisting, teasing and pulling at my hair, while quietly talking back and forth. They were basically finishing each others’ sentences. “Should we do it…”

The final product was a high up do that was “rocker chic.” Then I got my makeup done. Hanging out in the film world you sort of get primped and polished just by osmosis because there are so many stylists and makeup artists in the vicinity. I’d come in an ugly duckling and left a not-so-ugly duckling. I went home to eat soup. And I ate it out of the can because I had 20 minutes to get changed and head over to my first red carpet event ever: The Town, starring Ben Affleck, Jon Hamm and Blake Lively. The red carpet was held at Roy Thompson Hall. If you’re media you hang outside in a sort of corral to wait to enter and take your place on the red carpet. It’s very unglamorous. My colleague Tom and I eventually got assigned our spots, and then we waited. As I mentioned before, the talent makes you wait. Forty minutes later I heard blood curdling screams. The talent also makes people go nuts.

We saw Jennifer Garner, Ben Affleck’s wife first. She literally ran down the carpet. She was all dolled up and jubilant, but maybe that’s cause she wasn’t talking to anyone. Then there was Chris Cooper. Then I talked with Ben Affleck and Tom talked with Jon Hamm. Affleck is tall, and when you’re crammed on the on the red carpet it’s uncomfortable having someone six foot four just a foot away from you, even if they’re a star. I asked Affleck about interviewing people in prisons for research about his movie. Tom asked Hamm about having a rough start in the industry. Whereas Affleck seemed like he was on autopilot, Hamm genuinely replied that he’s spent more time as a waiter than an actor and said something along the lines of this too shall pass, with respect to his current fame. Oh Hamm, you dreamboat.

Then Blake Lively came down the carpet. I could hear the media in line ahead of us asking about her clothes. I got frustrated by that. Sure, she’s known for her boob-baring, leggy outfits, but she’s gotta be something more than a hot bod and a fresh face. She’s the star of Gossip Girl, one of the most successful shows on television right now, she has many projects in the works, and Vogue editor-in-chief Anna Wintour thinks she’s something special. And I haven’t seen a train-wreck photo of her coming wasted out of a club a-la-Lohan on celebrity tabloid gossip sites, which means she’s got her act together. I asked her about playing a woman in a male dominated movie. She responded with something generic about strong women. Obviously the red carpet isn’t the place to discuss serious questions. When she passed the next group a women gasped and cried out “Look at your shoes, how do you walk in them?!”

And then it was over. Celebrity mania is overwhelming. On one square metre of the red carpet you can have so many degrees of influence—the stars, their publicists, reporters, fans, producers, event staff—and everyone subscribes to the structure in the interest of making money, and maybe art, sometimes. But before I started ruminating on that thought, I had to refocus and get to the next party, the OneXOne Haiti fundraiser that Frank McKenna and Matt Damon were promoting during the day, held at the Bisha Hotel & Residences Presentation Centre. I came in just to catch the last couple songs of an intimate performance by John Legend. He was playing some low key songs, which I assume was for the sake of the older, well-heeled crowd. One of the event staff said to me that she thought his performance was a “bit arrogant,” because he kept telling the crowd to keep it down so he could play.

I didn’t stay there long, I wanted to check out another fundraiser at PEARS in Yorkville that director Paul Haggis, James Franco and AnnaLynne McCord (90210) were hosting. But by the time I got there, only Annalynne McCord was left. (Note to self: I need to start showing up on time for these things). I had planned to attempt to crash the Vanity Fair party, but couldn’t bring myself to give it a go, I hated to admit it but I was losing steam.

However, when I got home I was unable to sleep. I blame my TIFF diet: adrenaline, lattes and canned vegetable soup.