Jeffrey Simpson is back in a foul temper, and The Globe and Mail is better for it, we feel. Today he decries our hypocritical stance on world trade, which involves demanding “other countries lower their subsides and protection for agricultural products that we export … while insisting that whole sections of Canada’s agricultural market remain effectively closed to imports”—notably poultry, eggs and dairy, which are subject to gigantic import tariffs. Since there’s no political courage to anger farmers—particularly in Quebec, which benefits most from this “across-the-board, across-the-country racket”—and no groundswell of public opposition, Simpson says the only hope is that ongoing trade talks establish a framework in which Canada will simply be forced to change.

The Halifax Chronicle-Herald‘s Dan Leger believes we’re becoming “a society of complainers and defeatists,” noting our fatalistic tendencies on Afghanistan (“we can’t do anything to help … so we shouldn’t even try”), law-and-order (“let’s just clean up the blood and punish the perps,” and never mind root causes), the economy (“we can’t stand on our own feet economically, so let’s shut our doors to foreign trade and investment”), and culture (“let’s just be tax-averse Neanderthals”). He concedes the media may have played a teensy role in creating this atmosphere, and rendering politicians fearful of espousing any big, new ideas.

North and west
The Globe‘s Gary Mason looks at the Yukon’s surprisingly promising experiment with aboriginal self-government, arguing that while it hasn’t been quick or hiccup-free, many native bands now “have the power to take over responsibility for areas such as education, health and justice—and some are doing just that.” This would have been impossible without the “respectful and supportive relationship” between aboriginal leaders and the territorial government, Mason believes, which has made such concessions as banning oil and gas exploration in areas subject to unsettled land claims. “With any luck, and with further progress,” Mason says this “may be a model for what native/non-native relations can be in this country.”

The Vancouver Sun‘s Vaughn Palmer crunches the numbers on the B.C. government’s carbon emissions reduction targets, answering intriguing questions such as: if electricity production currently accounts for just two per cent of emissions, how will it account for “three times the projected savings of emissions from the carbon tax”? (Answer: project an emissions number based on massive increases in fossil fuel-burning electricity production, then decide not to do it.) A 16-member Climate Action Team is due to report this week on how to close a nine million tonne gap, which Palmer says is no small feat—and whatever they recommend, Gordon Campbell faces some “tough calls.”

The way we were, and aren’t anymore 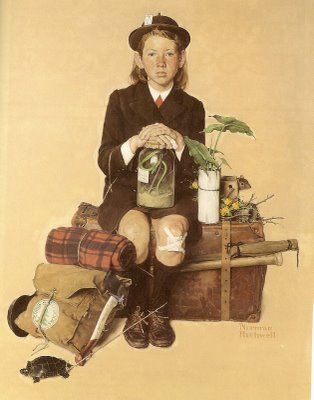 In the Ottawa Citizen, Andrew Cohen laments the state of modern childhood, as exemplified by the 21st-century summer camp—with its cell phones, iPods, video games, safety obsessions and all around abandonment of the principle of kids spending a dirty, carefree summer in the woods. We completely agree, however, we’re having trouble accepting Cohen’s sepia-toned recollections without some kind of documentation. Was summer camp really “affordable” in his day? Did it really expose children to others “of different backgrounds, nationalities and languages,” or did it just “expose” middle-to-upper-class Christian kids from Maine to middle-to-upper-class Jewish kids from Montreal (a fine goal in itself, we hasten to add)? And, uh, this: “Under the ebbing sun, oars breaking the shimmering surface, frogs croaking, we followed the shore in search of pieces of driftwood to make lamps. Seeking a kind of littoral truth, we found contentment.” Bill? Bill Wordsworth, from Camp Tall Timbers—is that you? Why, we haven’t seen you in years!

In the National Post, Robert Fulford reviews Alex Gibney’s Gonzo, a new film about Hunter S. Thompson, calling it “undeniably evocative” of his glory years—”a time of infinite silliness wrapped in blankets of self-righteousness, but also a now-mythical era that the present often can’t keep itself from envying.” But in glossing over the less romantic aspects of Thompson’s life—his passion for Jimmy Carter, for example, which ended not in “tragedy” or “failure” but simply in “a dreary presidency”—Fulford thinks Gibney has also evoked “the old-fashioned journalism that aroused the contempt of Thompson and others in his generation.”

Duly noted
The Toronto Sun‘s Peter Worthington muses over Barbara Amiel’s “cri de coeur” in the current issue of Maclean’s, suggesting it makes an interesting contrast with Conrad Black himself. “To Conrad, ever optimistic, life is a glass half-full—even now as he endures prison where both staff and inmates are said to compete for seats to hear his lectures on history,” he argues. “Barbara is intrinsically pessimistic, perhaps subscribing to the concept that a pessimist is rarely disappointed.”

The Toronto Star‘s David Olive describes the new Cuil search engine as “the latest in a long list of also-ran or failed challenges to Google”—on its first day of operation! Ouch! Or… maybe not so ouch. Olive says the sheer breadth of Cuil’s day-one ineptitude “got me wondering if, once the algorithms are tweaked, [it] is destined to become mere takeover bait for the likes of Microsoft.” Under such circumstances, we’d be proud to be associated with a useless search engine. (Based purely on Cuil’s inability to find the Megapundit homepage, however, we are forced to deem it a wretched failure. It also ranks the search term “Selley” in a completely inappropriate and insulting manner.)

The Globe‘s Margaret Wente examines the tricky art of political cartooning in the age of Islamic extremism and (in Canada) human rights commissions.