Governor General Michaëlle Jean held a special ceremony on the grounds of Rideau Hall to unveil the Olympic torch to be used for the 2010 Vancouver Games. 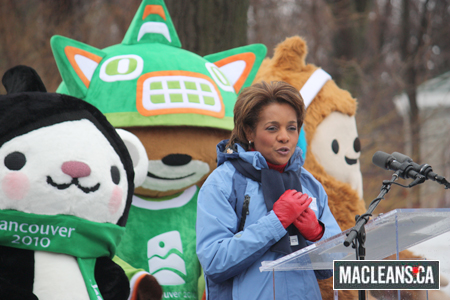 There are three Olympic mascots. Miga, a young sea bear. 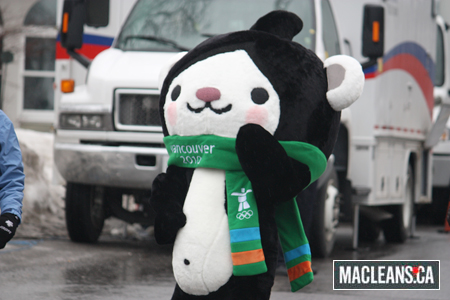 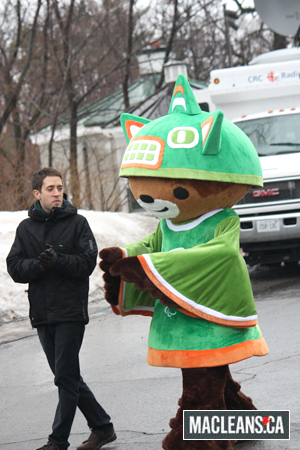 And Quatchi, the young sasquatch. 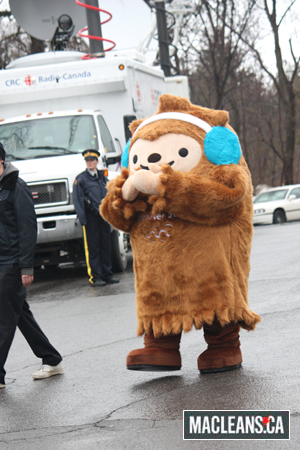 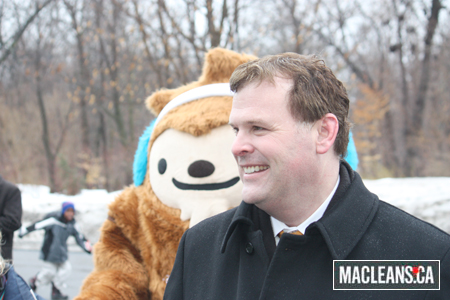 The minister is seen here with a grade-three class from Leslie Park Public School, which is located his Ottawa riding. 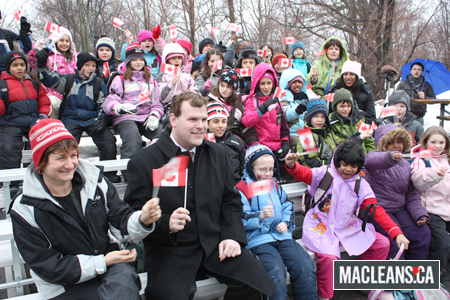 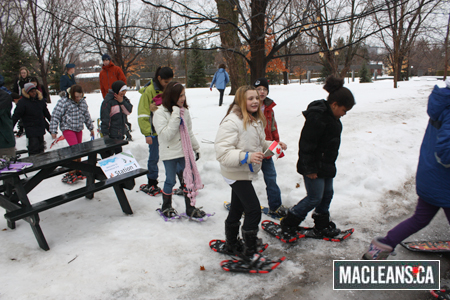 The GG got in on a snowball fight at the end of the event. 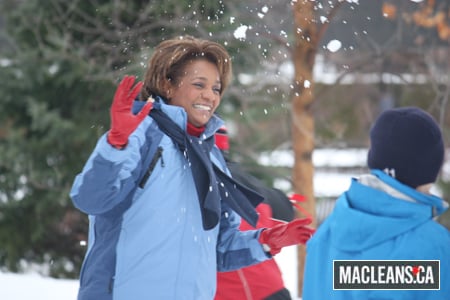 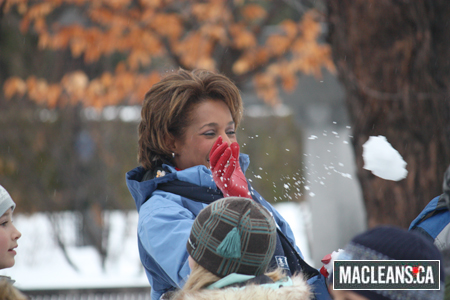 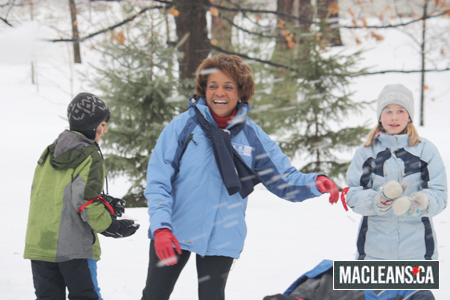 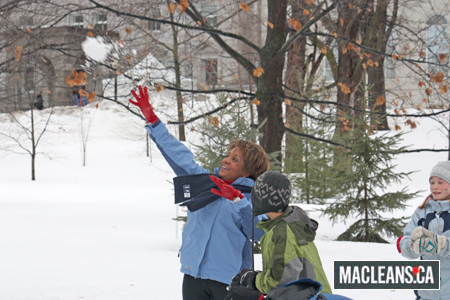 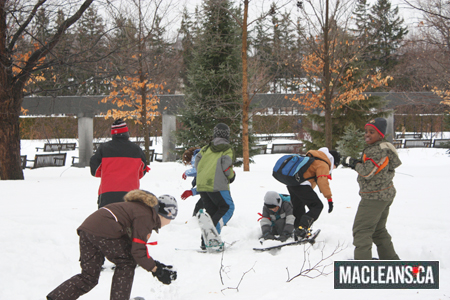 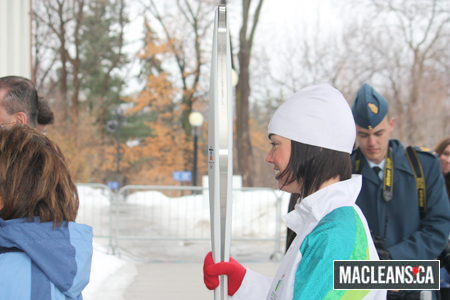 Later that day the NDP celebrated the Liberals 50th vote supporting the Conservatives. 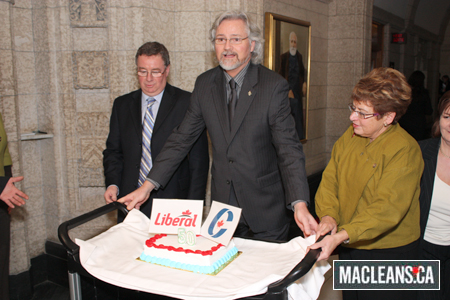