Mitchel Raphael on the $3,000 bottle of Moët

Capital Diary gathers stories of a storied hotel during its 100th birthday bash. 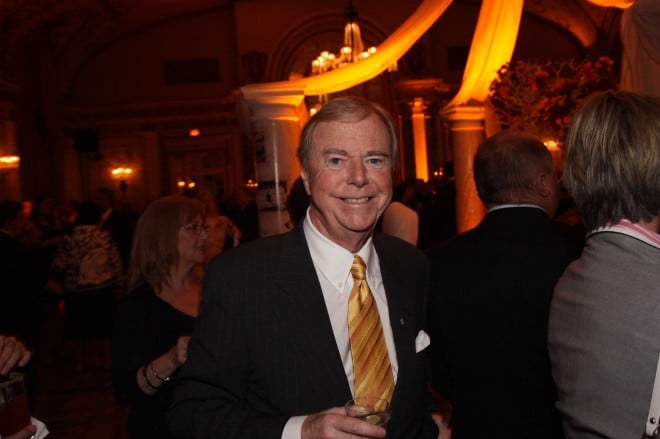 Celebrating service with a smile (and a wink)

Queen Elizabeth II dined in their ballroom. Nelson Mandela and the Rolling Stones stayed in their rooms. This is just a small fraction of the rich history of the Fairmont Château Laurier which held a big bash Thursday to mark its 100th anniversary.

Maxime Bernier, minister of state for small business and tourism, and other guests signed a giant bottle of Moët champagne worth $3,000 as they entered.

Justice Minister Rob Nicholson stopped to admire a man wearing a vintage uniform of the North West Mounted Police from the late 1800s. People in a variety of other period costumes walked around the room as part of the entertainment. Immigration Minister Jason Kenney noted that his grandfather Mart Kenney, a legend in the big band era, played at the hotel several times.

Retired CBC host Don Newman joked, “I laid the cornerstone. I wanted to be the first one to get laid at the Château Laurier.”

Toronto Conservative Sen. Don Meredith, who stays at the Château when he is Ottawa, complimented the hotel’s general manager Claude Sauvé on the hotel’s impeccable service.

The grand celebration included handing over a scholarship cheque for $1912 to Pierre-Luc Pelletier, a hospitality student at Ottawa’s Algonquin College. Pelletier said Fairmont called the school and asked for four students to be considered who were on the dean’s list, volunteered in the community and would be in Ottawa the night of the celebration. 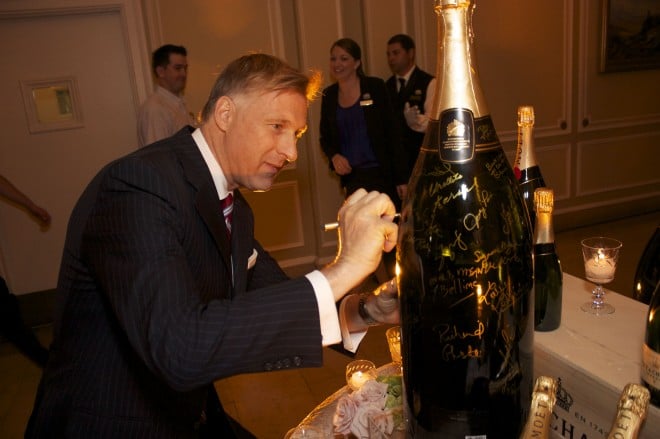 Maxime Bernier and the $3,000 bottle/Mitchel Raphael 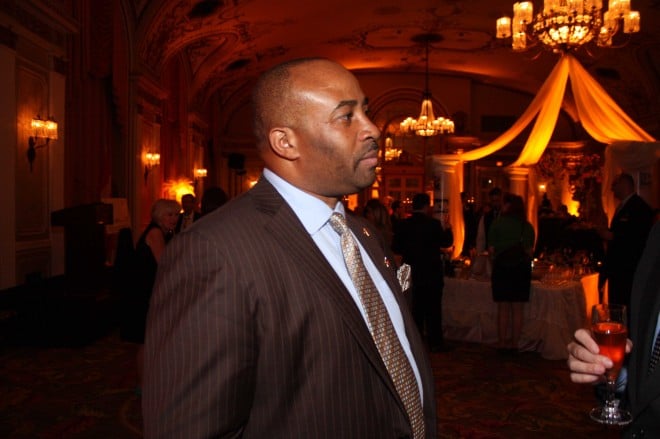 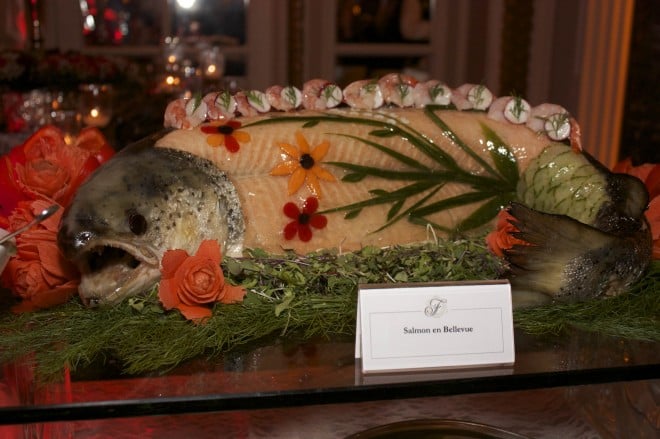 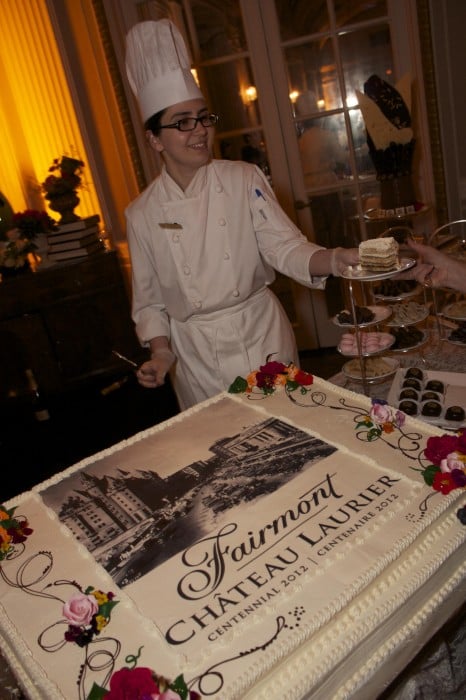 If these walls could talk … 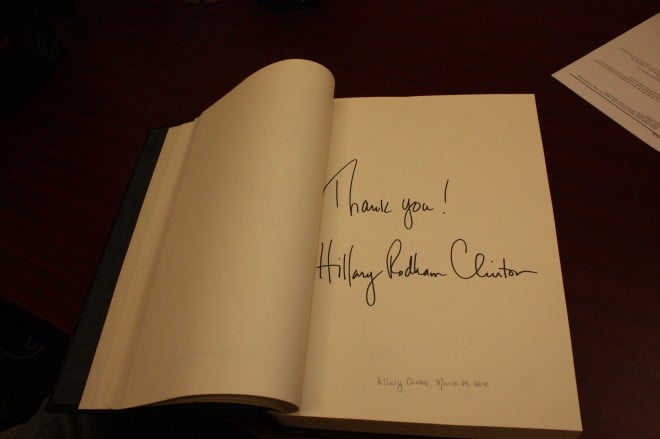 The guest book as signed by Hillary Clinton/Mitchel Raphael 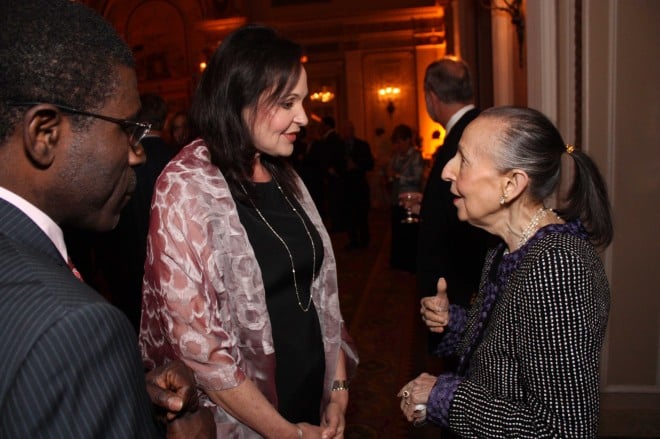 During the past 100 years the Fairmont Château Laurier has seen its fair share of celebs and politicians.

Hillary Clinton used the old suite of Yousuf Karsh, the renowned photographer who lived at the hotel for 18 years. His wife, Estrellita Karsh, attended the hotel’s 100-year bash. When she was in Ottawa and a Liberal cabinet minister, Belinda Stronach stayed for in the suite that had once been Karsh’s old photo studio. Defence Minister Peter MacKay would be spotted at the hotel when the two were dating.

On the Prime Minister front, R. B. Bennett lived in the hotel when he was PM from 1930 – 1935. The hotel says his suite was renovated back then for $80,000. Today’s staff were told by one of their predecessors that Bennett used to walk to the hotel from Parliament Hill.

How did grandma get this? 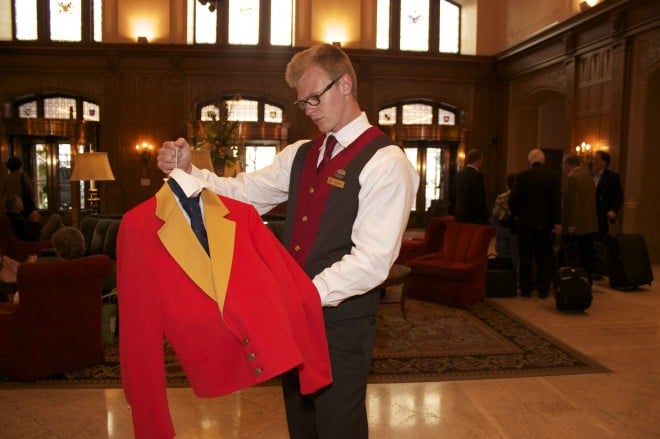 As part of the Fairmont Château Laurier’s 100th anniversary the hotel offered an “amnesty” program for people who had items from the hotel that they got in an “unknown manner.”

The hotel admits that in the past there have been sales of hotel items so one can ever be sure if certain items were purchased or simply kept as pilfered mementoes.

A typical line from people who had old stuff they returned to the hotel was: “I don’t know how my grandmother got this.”

Several also noted they bought the items at garage sales.

One man pulled up to the front of the hotel and after asking if they were still looking for vintage items, tossed the bellman an old doorknob. Original keys from when the hotel opened also came back — a far cry from the plastic cards that are simply waved before a door to open them today. A bellman’s uniform from the ’70s was also returned. (Technically all bellmen were supposed to return their uniforms when they left.)

100 years of the Fairmont Château Laurier 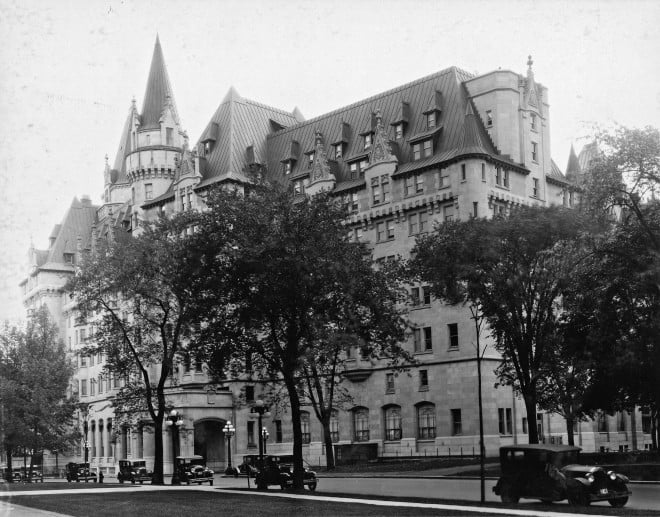 Side exterior, 1930s/Courtesy of the Château Laurier 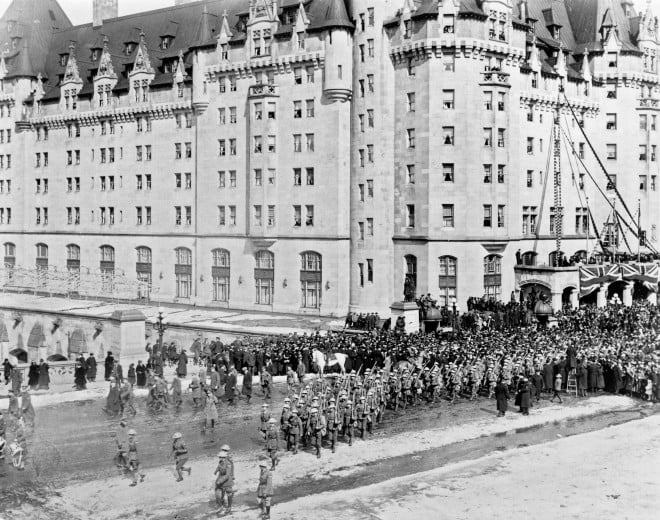 Exterior, during Second World War/Courtesy of the Château Laurier 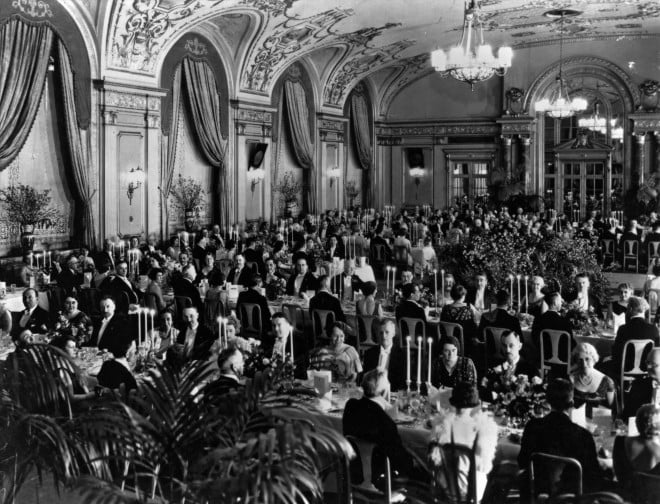 Celebrating in the Ballroom/Courtesy of the Château Laurier 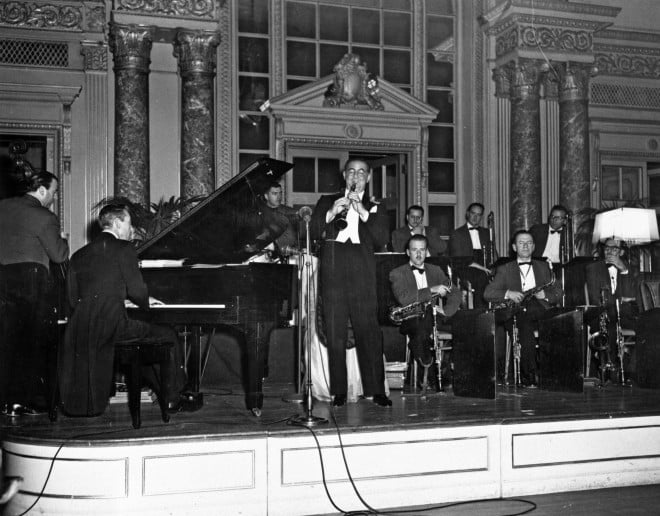 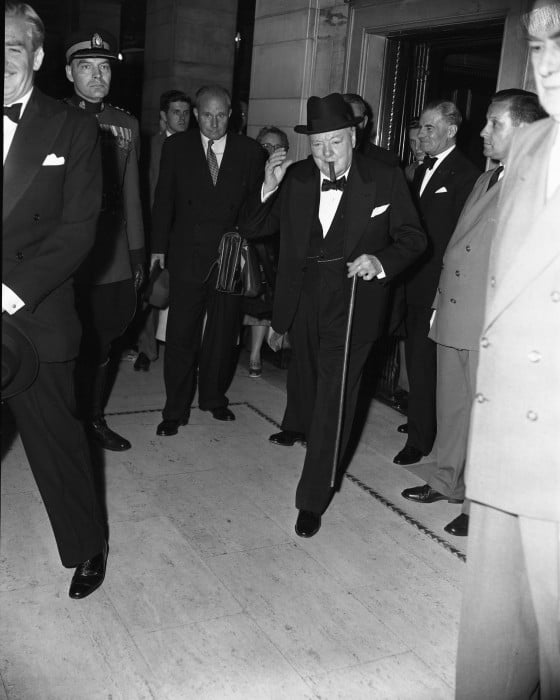 Winston Churchill/Courtesy of the Château Laurier 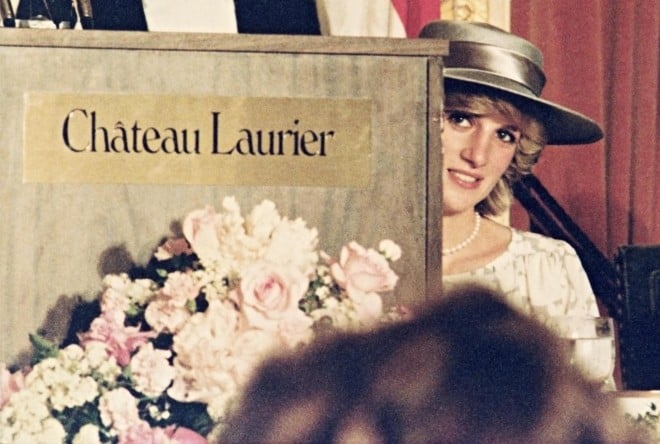 Princess Diana/Courtesy of the Château Laurier