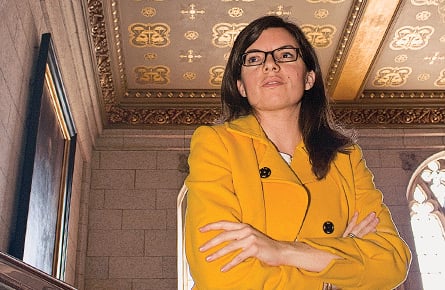 The youngest woman in the House

When Vale, the world’s second-largest mining company, decided to close a nickel smelter and refiner in Thompson, Man.—which the Brazilian giant took over as part of its 2006 purchase of Inco—months after receiving a $1-billion loan from Export Development Canada, local NDP MP Niki Ashton mobilized her constituents. “This is an example of a foreign takeover gone wrong,” says Ashton. Aiming to bring attention to the cause, she helped produce a video and then suggested to her supporters they show it to maverick filmmaker Michael Moore. Four days after they sent it, Moore’s people got back to her. They asked Ashton for more information and then the video and the story went up on michaelmoore.com, prefaced with a message from Moore himself titled “Why I support the people of Thompson, Canada—and you should too.” Moore added: “Don’t be embarrassed if you need a map to find Thompson, though—blame the U.S. media, which will only tell you about Canadians if they have some connection to Justin Bieber.” As of early this week, the video had over 21,000 hits on YouTube—a number way higher than the entire population of Thompson. Moore was so impressed by Ashton that his people asked her to be a regular contributor to his website. Notes the MP, “One of the things that really excited them was that I am currently the youngest woman in the House of Commons.” Ashton, who is 28, is in fact the second-youngest woman ever to be elected as an MP. She says Moore’s people told her they are very interested in tackling youth apathy when it comes to politics. 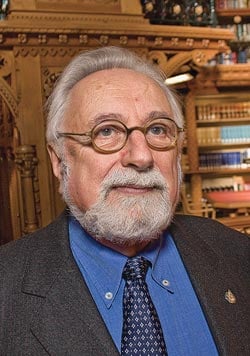 Ottawa’s made him a double sovereignist

After Bloc MP Christian Ouellet decided not to run in the next election, the separatist party was able to convince Christelle Bogosta to be its new candidate in Brome-Missisquoi. This was a big blow to the NDP, since she had been their candidate in the 2008 election. “She’s a sovereignist anyways,” says Ouellet. “She voted for ‘yes’ [in the ’95 referendum]. She was always on our side.” One Tory working on the Conservatives’ campaign in the riding called Bogosta an “opportunist,” but admitted the defection will play well for his party. Ouellet decided to call it quits because, at 76, “I’m the oldest in the House right now.” The Bloc MP was the critic who dealt with housing and homelessness; he travelled all across Canada. “I think I was a sovereignist before and I think now I am a double sovereignist after being here in Ottawa and being through Canada.” Until he was 67, Ouellet worked as an architect and taught at the Université de Montréal. He has been heavily involved in the field of green architecture since the 1970s, promoting healthy, sustainable and energy-efficient buildings. Last year he was named an honorary fellow at the Royal Canadian Institute of Architecture. His father was an architect and trained him when he was only 14, he says. His favourite building in Ottawa? The renovated library on Parliament Hill. The Centre Block, he notes on the other hand, “needs some good renovations. The roof was leaking yesterday on the sixth floor.” 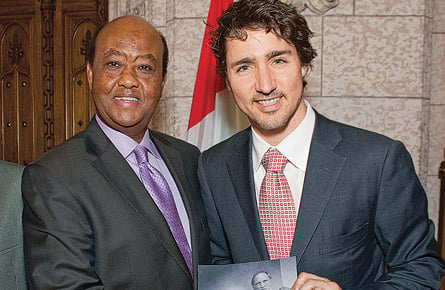 Justin and the zebra steak

Abdulrahman Kinana, the former speaker of the East African Legislative Assembly and former defence minister of Tanzania, was in Ottawa recently for a talk at Carleton University on the historic ties between Tanzania and Canada. While in town, Kinana popped over to the Hill and presented a vintage 1982 picture of Pierre Trudeau to Liberal MP Justin Trudeau. The photo was of Justin, his father and two brothers, and Tanzania’s legendary president Julius Nyerere. Kinana said Pierre Trudeau and Nyerere “were both intellectuals and very good friends. The two leaders worked together in the struggle against colonialism and apartheid.” Justin Trudeau says he remembers the trip—in particular, eating zebra steak, and the cheetah outside the hotel.