Why Svend Robinson speaks so well of Harper 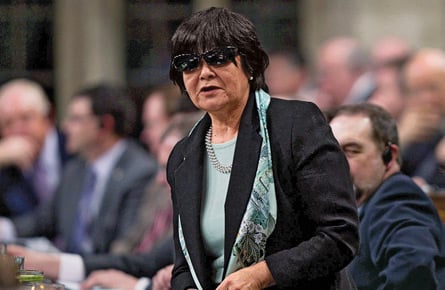 These have been rough times for International Co-operation Minister Bev Oda. Just before the scandal surrounding the addition of the word “not” into her department’s funding recommendations blew up, she had eye surgery, resulting in her having to wear sunglasses most of the time in the House. It’s also meant the notes she refers to have to be supersized, a feature not lost on some Liberals who sit in the gallery above Oda and who told Capital Diary they can read what the notes say. 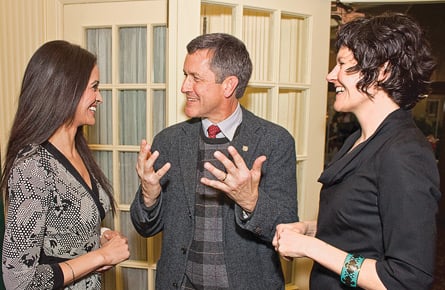 With the announcement that NDP MP Bill Siksay would not be running in the next election, there were whispers on the Hill that Svend Robinson, the man who held the seat before him, might make a comeback. Siksay was Robinson’s aide for many years and ran after Robinson bowed out of politics. Robinson did try a comeback in the 2006 election, going up against Hedy Fry, but lost to the Teflon Liberal who has had big name after big name try to defeat her. Robinson was recently on the Hill meeting with MPs who are on the HIV/AIDS and Tuberculosis (HAT) parliamentary caucus founded by Liberal MP Ruby Dhalla. Robinson told Capital Diary there is no chance he will run. He likes his job with the Global Fund to Fight AIDS, Tuberculosis and Malaria, which involves working with elected officials all over the world to secure funding. Robinson notes that the Harper government increased funding to the Global Fund last year by 20 per cent and he is happy to give credit where it is due: “The buck stops at [the PM’s] desk. Good for Stephen.”

Help wanted in the Senate

A minority government has been good for the NDP in terms of getting private members’ bills passed in the House of Commons. But then they get to the Senate. NDP MP Bruce Hyer saw his Climate Change Accountability Act killed by the upper chamber. NDP MP and party whip Yvon Godin‘s bill requiring all Supreme Court judges to be bilingual has been languishing in the Senate since April 2010. One of the hurdles for the NDP is they require a senator to shepherd bills through the upper house. The party had a senator of sorts when Lillian Dyck was appointed by Paul Martin in 2005 and asked if she could sit as an NDP senator. Since the NDP favours abolition of the Senate, the party refused to accept her as a member of caucus. In 2009 she joined the Liberals. Some NDP MPs quietly say it was a huge mistake not to have accepted her. Now there’s Bill Siksay’s bill, which amended the Canadian Human Rights Act and the Criminal Code to prohibit discrimination based on gender identity and gender expression. There is talk it could be championed by Conservative Sen. Nancy Ruth, an outspoken lesbian feminist. Before backing it, though, she plans to amend the bill by having the word “sex” added to Siksay’s changes to the Criminal Code. She is passionate about the fact that if transgendered people are protected then women should finally be included.

The Bloc uses the ‘c’ word

Conservative backbencher Rob Anders recently rose in the House to belt out: “Mr. Speaker, the coalition continues its scheming. On Saturday, at its general council meeting, the Bloc added a phrase to its election platform stating, ‘The Bloc Québécois reserves the possibility to enter a coalition of parties’ in the event of another minority government.” Much Conservative rhetoric is focused on reminding Canadians that should the party not get a majority, Canada will get a coalition government. Those in the opposition parties who support a coalition are saying this is music to their ears. Should the Conservatives get a third minority government after the next election then, they say, Canadians will have been mentally prepared and it should be easy to form a coalition government.