Montreal is not Quebec 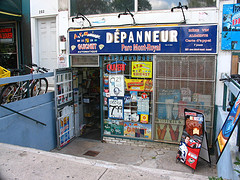 Torontonians derive a bizarre pride from being hated. They write articles and books, and even make movies about it. Toronto embraces the ROC’s loathing so wholeheartedly, it makes you wonder if they’re not the ones who’ve made it up to give themselves another reason to talk about Toronto. If they’re lucky, they’ll even squeeze in a word or two about life in a “world-class city.”

Montrealers, by contrast, don’t seem to care all that much about their fellow Quebecers’ hatred for them. (Perhaps Montreal’s apathy is to its detriment; consider how the last province election campaign was little more than a sloppy French kiss to all things rural and de souche.) While the hatred often comes across as the domain of language warriors who see Montreal as the hub of assimilation, make no mistake: it’s not just pur laine cranks who hate the island. Quebecers all around the province harbour a deep-seated resentment towards Mourrial.

The Journal de Montréal runs a piece today about a research project at the Université du Québec à Chicoutimi that involved asking CÉGEP students in the Saguenay what they thought of Montreal. Here’s how they described it:

Their first pick for an ideal place to live? Quebec City. Weird, I know.

And can anyone explain how the abundance of neo-hippies managed to stay off the list of complaints?

[Credit for the photo goes to Flickr user akaphonic.]