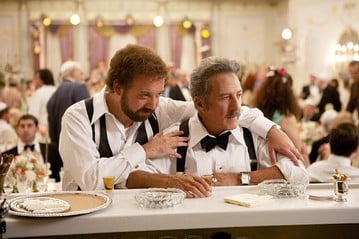 I watched The Golden Globes only to see how badly that irrepressible prick Ricky Gervais would skewer those assembled in front of him. (He did his job beautifully, perhaps a little too well…)

That said, my cockles were duly warmed when Paul Giamatti took best actor in a musical or comedy for Barney’s Version, and I outright wept when Giamatti threw some serious love at the 514, and the country as a whole, during his acceptance speech. Montreal, he said, is “an incredible beautiful city which I dream about. An incredible place in a great nation, Canada. And I salute the great nation of Canada.”

Whoah. We really are doing something right.